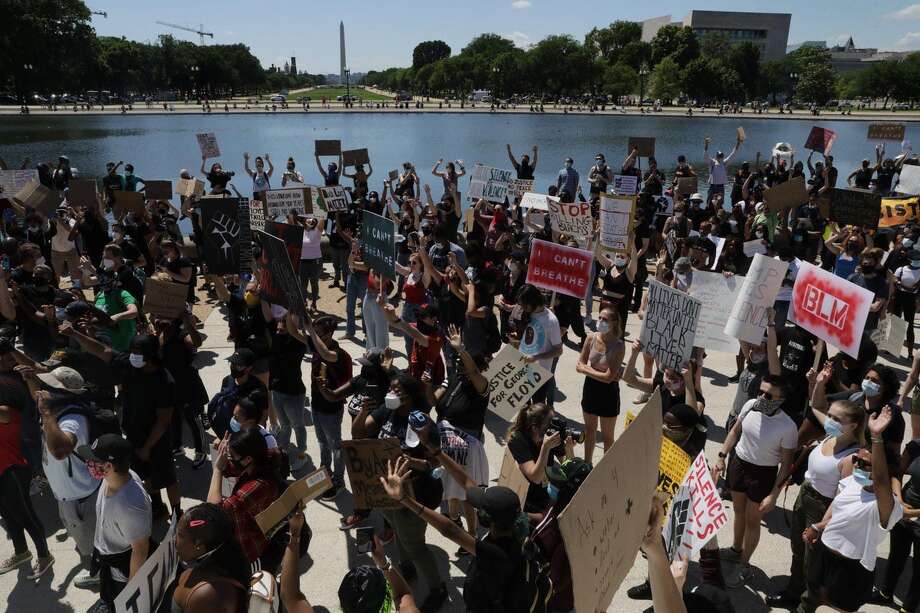 “I am mobilizing all federal and local resources, civilian and military, to protect the rights of law abiding Americans,” Trump said in an address at the Rose Garden Monday afternoon."If a city or state refuses to take the actions necessary to defend the life and property of their residents, then I will deploy the United States military and quickly solve the problem for them."

Twitter immediately began to question the decision. Does the president have the legal authority to do something like that?

It turns out that he does. Trump could reach back to the 1807 Insurrection Act, which gives the president the power to send military members to the streets of cities during protests. The act was signed into law by Thomas Jefferson and was last invoked in 1992 during the Rodney King riots, according to NBC.

There is some belief that the 1878 Posse Comitatus Act dictates the government cannot use active military as an active police force within U.S. borders, but its power in this circumstance is disputed. Dan Lamothe, who covers the military for the Washington Post, says "the president can use active-duty forces on American soil, especially in Washington," and that "the Posse Comitatus Act does not prevent it."

The Insurrection Act, specifically, contains several sections, but the first two are the most relevant. The first involves federal "aid" for state governments. It states at the request of a governor (or a state legislature if the governor is unavailable), the president can send "land or naval forces of the U.S." ... "to suppress [an] insurrection" or rebellion.

The next section states the president may deploy a militia comprised mainly of the national guard (but also other military soldiers) in the events of "unlawful obstructions, combinations, or assemblages, or rebellion against the authority of the United States."

On Monday, the president told reporters he planned to deploy "thousands and thousands" of U.S. soldiers with the National Guard and other branches of the armed forces to "dominate the streets" until protests subside.

“My administration is fully committed that for George and his family, justice will be served,” Trump said Monday. “He will not have died in vain. But we cannot allow the righteous cries of peaceful protesters to be drowned out by an angry mob.” Trump also stated he would consider sending military into states even when governors do not request assistance "until the violence has been quelled."

Still, the president hasn't yet officially invoked the act. As a senior Defense Department official clarified to CNBC Monday, “At this time, the president has not enacted the Insurrection Act. I refer you to the White House for more.”

This article has been updated to reflect that the Insurrection Act has not yet been invoked.

Sign up for 'The Daily' newsletter for the latest on Bay Area protest coverage here.

Here's everything to know about Bay Area protests What is the Insurrection Act of 1807? SFPD Chief Bill Scott grapples with ongoing protests: 'This is almost unprecedented in this city' Medical examiner: Floyd's heart stopped while restrained 'Our institutions are responsible' for unrest, Gov. Newsom says Bank Street Bookstore to Close A...