Welcome To Tinder Purgatory, Where Dating Digitally Is Its Own Fresh Hell

It’s 2 a.m. on a Tuesday night and you’re at it again: on your side in bed, swiping through your so-called “matches” and skimming their bios across the Tinder app you have heating up your phone. “I’m an heir,” “I’m 6 ft 3,” “♑️ ♎️♍️🏳️‍🌈” as if wealth, height, and astrology are enough to make up a personality. It’s been three months since you last went on a date and you have 20 matches, five conversations petering out, and three matches on your phone under a fire emoji, no name associated with the numbers. This is you trying, and it is also you feeling a little lonely. Welcome to Tinder purgatory — the nebulous state of actively attempting but struggling to find authentic romantic connections online — where, ironically, you’re far from alone.

The internet didn’t change the way we meet others — it’s designed it entirely, which means that social and romantic validation nowadays has much less to do with the uncertainty of in-person scenarios and a lot more to do with the quantifiable measures of likes, swipes, hearts, and DMs. In an MTV Insights study of 800 people ages 18 to 29, the numbers back it up: 61 percent of people surveyed say that when it comes to online dating, they’re more interested in discovering people who are attracted to them than going out with said people. Furthermore, 54 percent say they like messaging people on dating apps more than they enjoy actually going on dates; and among them, their preferred venue is Tinder.

“Dating apps have made it easier to start talking to people, but they’ve also taken away the capability of really getting to know somebody and seeing who they are,” Daniel Lowe, a 20-year-old from New Jersey, tells MTV News. “People get so comfortable being on a screen all day, and no one really focuses on trying to meet one-on-one. But how are you supposed to see my personality if you’re not meeting with me face-to-face? You get to hide behind your profile.”

Sure enough, the craft of curating a good dating profile has been a growing industry ever since the apps launched. Profile rehabbers charge anywhere from $20 to $500 a pop, not including in-person styling sessions and shoots for the perfect first-impression photo. You can also hire impersonators to not only create your profile, but who will respond to matches on your behalf. The only thing they don’t offer, it seems, is to go on a date for you, though perhaps that could be negotiated, too. Nevertheless, this underscores how dating online often feels these days — noncommittal, inauthentic, doomed — and how far we will go to connect.

But if it’s all for naught, what brings us to the ap ps? Forty-two percent of the people who use dating apps overall admit they’re looking for a long-term relationship, but the rest of those surveyed range wildly, from casually dating to just wanting sex to playing the field just for a confidence boost. Even if we do know what we want, it doesn’t seem like we’re making it clear: 65 percent of those surveyed say they have felt clueless about whether the person they’re talking to wants something casual or serious. And those casual encounters also seem to be an exhausting effort: 57 percent of those surveyed say that getting laid isn’t worth the hassle of online dating.

After the phrase “stranger danger” was first coined back in 1979, millennials and Gen Z have grown up in a reality that even further affirms the assumption that all people you don’t know have the potential to cause you harm. After all, shows like Catfish have taught us to be wary for valid reasons. Eighty-four percent of women surveyed say stranger danger is a concern when it comes to planning dates, as did 60 percent of men.

“Meeting somebody that you have no idea who they are, no idea what they’re capable of… it’s scary,” 25-year-old Nikki Morales tells MTV News.

So while dating apps and social networks keep us connected, a reasonable fear of the unknown — coupled with the popularity of delivery apps like Seamless and service apps like TaskRabbit — keeps us from venturing out. Our generations are far more likely to know more people, but we also have every reason in the world to never see them beyond a screen. We want safety and validation, and finding it online dulls our desire to seek it out IRL.

“I think dating apps have definitely created a flakiness in people, because people are losing their social skills and [have] honed their passive aggression,” 24-year-old Ola Goodwin tells MTV News. She has a point, considering that 39 percent of those surveyed confessed that they’ve talked with someone on a dating app whom they had no intention of meeting IRL. Meanwhile, 46 percent of men and 39 percent of women surveyed confessed to swiping right on someone they weren’t even attracted to.

In my own personal survey of people in long-term relationships who have historically used dating apps, some of them did meet online, but the context of their meet-cutes is also important: They just moved into the neighborhood, they found each other’s profiles through mutual friends’ introductions or tagged photos, they were introduced at parties and rediscovered each other online. My best friend and I both met our partners through mutual friends who used Instagram as a dating match-maker, for example, and a great deal of our friends met through long-time beaus at well-coordinated dinner parties set up for the cause. There’s an aspect of intention and a willingness to be surprised that has to be there to get something more out of it than just a “super like” and the heart-eyes emoji. In that regard, it’s not surprising that 53 percent of the people surveyed consider dating apps worse than having a friend set you up with someone. Still, a great deal of those folks keep dating apps on their phones just in case it doesn’t work out. As for my friends and I — yes, we still have Tinder, Bumble, and others on our phones. Just in case, and just because.

Despite the growing sense of anxiety you probably experience when swiping during a late-night bout of insomnia, most people would still recommend dating apps to others. Dating online helps with feelings of loneliness, even if it doesn’t usually lead to lasting relationships. It’s not like you really expect to meet your soulmate at 2 a.m. through the App Store, but it also feels like a genuinely useful option given our lives are primarily shaped by what we do online regardless. MTV Insights’s survey revealed that 62 percent of people believe dating apps are better than blind dates, and 67 percent agree these apps make them feel less lonely. So even if true love is not guaranteed, even if it’s just a way to pass the time, more and more people are signing up.

Hair and makeup by Lauren Bridges

Welcome to VOL.UME: Love Now, a new series of stories chronicling how we find and experience romantic connections in the digital age. For the full experience, head to volume.mtv.com. 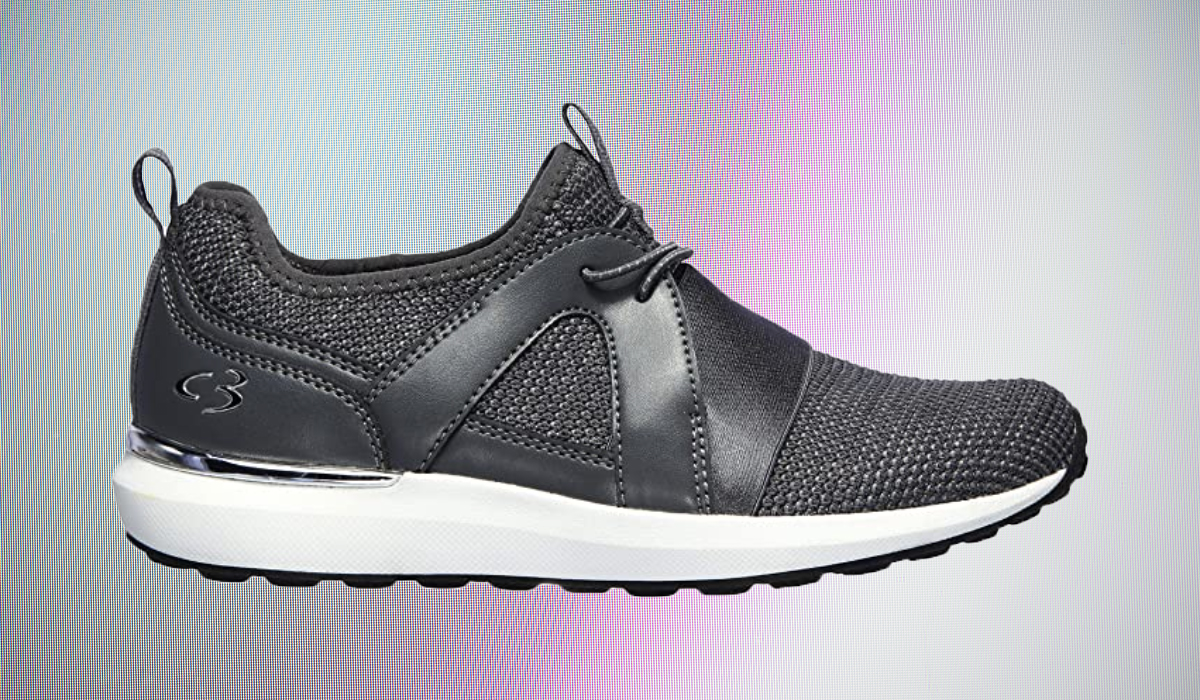 Reese Witherspoon says she spent 7 years in therapy: 'It changed my whole life' 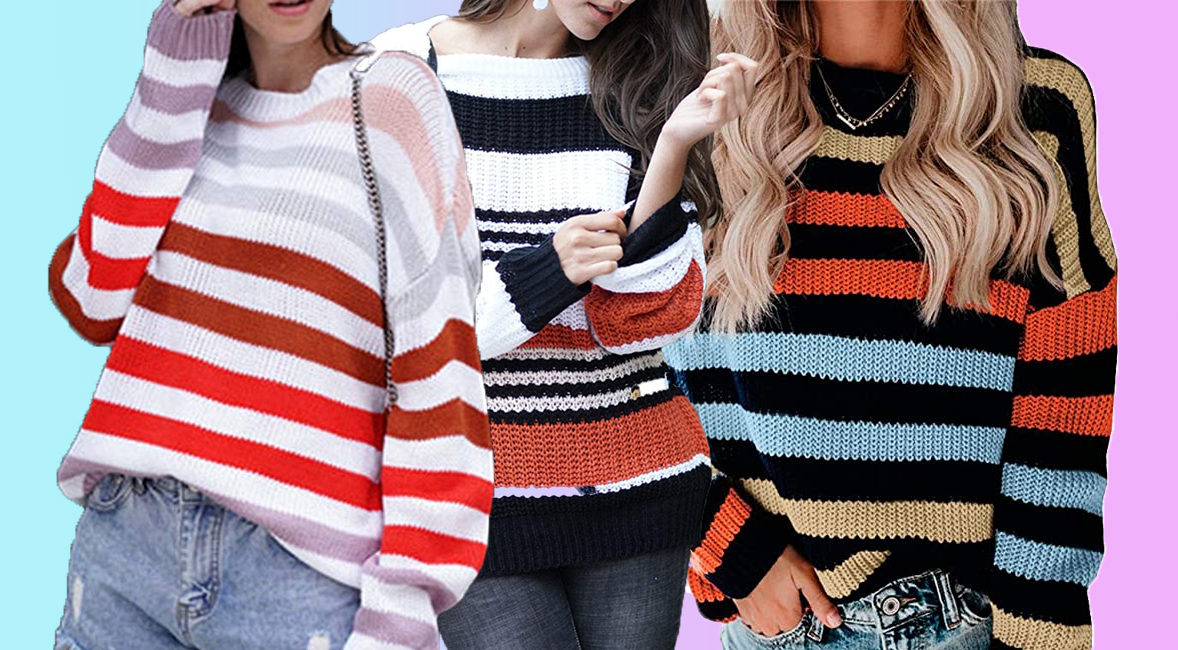 This trendy sweater with over 1,700 Amazon reviews is perfect for every body type — ‘my daughter stole it!’