SpaceX shared an incredible new video of its recent SAOCOM-1B mission giving the audience a rocket's-eye view of the launch and landing at Cape Canaveral Space Force Station on August 30. The footage was posted on SpaceX's YouTube account on Wednesday, September 9.

(Photo : SpaceX/YouTube)
SpaceX launched Falcon 9 for the SAOCOM 1B mission,

According to Space.com, the star of the video, the B1059.5, is SpaceX's latest booster that has already launched and landed five times. It is only the second booster to land on terra firma for 2020.

The sped up video was taken from an onboard camera that showed how it gracefully leaped off of its launch pad at Cape Canaveral's Space Launch Complex 40. It later did an aerial flip as it re-entered the Earth before it landed gently at its designated landing pad, the Landing Zone 1. 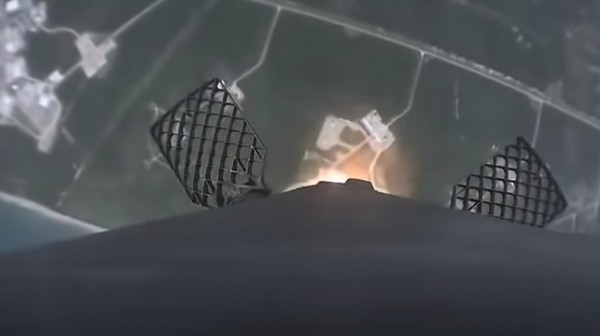 The roar of Falcon 9's nine Merlin engines can be heard as the rocket ascends while bursts from its onboard thrusters follow. Then after just about nine minutes since liftoff, the Falcon 9 rocket that carried the SAOCOM-1B satellite produced some dramatic sonic roads as it re-entered back to terra firma. Viewers can even see a stunning pyrotechnics display as the rocket fires up one of its engines while it slows down before touchdown.

Watch the footage that is significantly sped up, packing the whole course within two minutes only.

The Argentinian mission, SAOCOM 1B was deployed within 14 minutes after launch while it took approximately 61 and 62 minutes after liftoff for GNOMES-1 and Tyvak-0172 to be set out, respectively. It had already been delayed since March after the coronavirus pandemic struck the world.

It is the first time since the 1960s that a satellite was launched from Florida into a polar-orbiting trajectory as such mission is usually done from the West Coast where the rocket could have a clear path north or south. The polar missions launch venue was changed after the 1969 incident in which a cow was allegedly killed in Cuba after being hit by debris from a Thor rocket. 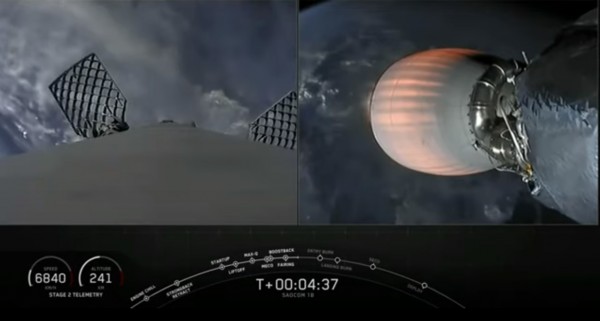 This was also the first time for SpaceX's to launch to a polar orbit from the East Coast. The company has already launched 16 missions so far this year and it gears up for its 13th Starlink mission next week to deliver more of the SpaceX's satellites into orbit. Meanwhile, since its rocket is reusable, the company has already recovered 18 Falcon 9 first stage boosters at Cape Canaveral and another 42 boosters on floating platforms in the middle of the sea.

Watch the replay of the launch here.

Read also: You Will Soon Catch Grocery Deliveries From the Skies!