WATCH: Pilot Passes Out from G-Force Effect!—This is What Happens When You Are Not Used to High-Speed Jet Manuevering

A hobbyist jet pilot recently had his own experience passing out mid-flight, after attempting a high-speed maneuver in a single-seater jet, due to the notorious g-force known to oppose the body's gravity with the Earth's pull. The pilot, Alex Kowtun, shared his experience as captured in the terrifying video, and fortunately snapping out of it immediately.

Flying an aircraft is no joke, and the ability to fly does not necessarily guarantee successful flights, as several elements present can occur to anyone at any time. Being a pilot requires one to be physically and mentally fit during the time of flight, or else, serious implications may come forth. 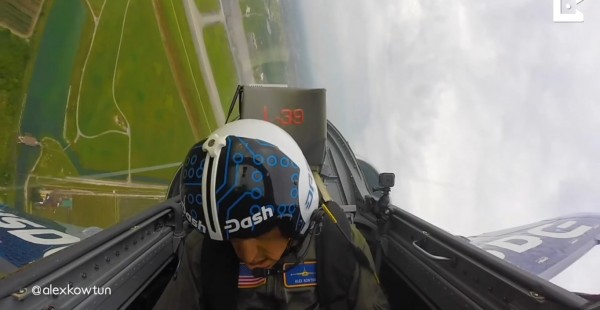 In the video, the pilot is Alex Kowtun, a resident of West Palm Beach, Florida, who shared his appalling experience that captured his passing out moment and broke away from it to regain control again. According to Daily Mail, this 'stunt' is something that Kowtun wanted and chose.

The video was posted on Cater Clips' YouTube Channel, by none other than the pilot himself, Alex Kowtun, that shows his flight experience of passing out last December 2019. Kowtun was flying with an Aero L-39 Albatros fighter-jet, a Czechoslovakian-made aircraft in the 1960s.

Aero Vodochody made the L-39 Albatros, reaching up to 750 kilometers per hour or 466 miles. The L-39 is the first fighter trainer aircraft to be fitted with a turbofan powerplant. The almost subsonic aircraft indeed brings an immense force to a pilot, for untrained ones to have more severe effects against them.

Alex Kowtun is an entrepreneur and hobbyist who tried out piloting different aircraft, showing that he is exceptionally skilled as he gets the chance to fly a fighter jet trainer. Kowtun was flying with Scott Farnsworth, an airline captain, and trainer who accompanied the pilot in his jet-flying experience.

Scott Farnsworth also owns the 'Farnsworth Aerosports,' flying for Dash Aerosports as a professional pilot that can maneuver different courses and difficulties. Farnsworth was traning Alex Kowtun and accompanied him during his test flight with the Aero L-39 Albatros.

The video shows Kowtun struggling to perform the high-speed maneuvering of the fighter jet; as he turns sideways, the pilot had a heart-stopping and momentary 'pass-out' moment and was indeed caused by the 'G-Force.'

Farnsworth asks Kowtun if he's back on consciousness and says that "you said you wanted it." Kowtun unbelievably looks petrified and terrified of the whole passing out experience caused by the indestructible invisible force in the atmosphere.

What exactly is the G-Force?

Alex Kowtun experienced a first-hand look at the 'G-Force,' or what's referred to in physics as the acceleration of an object relative to the Earth's gravitational force. According to Live Science, radial accelerations such as turning sideways in an aircraft can bring as much as six G's of force. 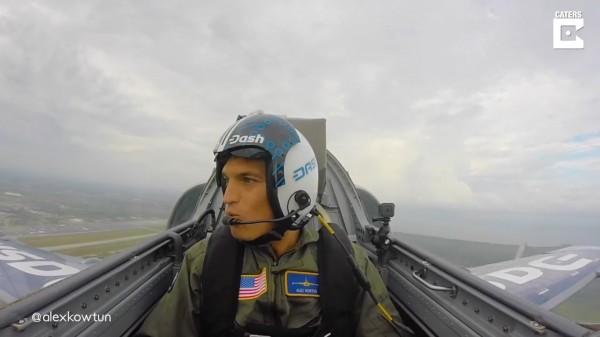 It only takes five G's of force to put a grown man to sleep and urge him to lose consciousness for unknown periods. Fortunately for Alex Kowtun, passing out only caused him to lose his senses for a second, effects may lead to severe implications.

ALSO READ: Tesla's 4680 Batteries Have Been Powering EVs for Months Without Us Knowing-Elon Musk Hints Another Big Move For Cell Production