Voting From Space is Now a Thing Thanks To NASA Astronaut Kate Rubins!—Critical to Participate in Democracy Despite Miles Away From Country 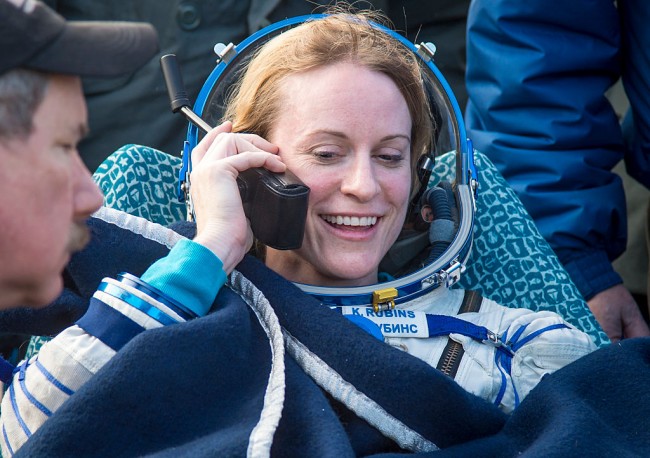 ZHEZJAZGAN, KAZAKHSTAN- OCTOBER 29: Expedition 49 NASA astronaut Kate Rubins talks to her family via satellite phone shortly after she Russian cosmonaut Anatoly Ivanishin of Roscosmos, and astronaut Takuya Onishi of the Japan Aerospace Exploration Agency (JAXA) landed in a remote area near the town of Zhezkazgan, Kazakhstan on Sunday, Oct. 30, 2016 (Kazakh time). Rubins, Ivanishin, and Onishi are returning after 115 days in space where they served as members of the Expedition 48 and 49 crews onboard the International Space Station.   ( (Photo by Bill Ingalls-NASA via Getty Images) )

The National U.S. Presidential Elections is nearing its scheduled date on November 3, and different states are preparing to accommodate the surge of voters, whether by mail or through voting centers. However, the National Aeronautics and Space Administration (NASA) is also preparing on its own to accommodate its astronaut, Kate Rubins, to cast her vote directly from the cosmic heavens to her country. Rubins emphasize the importance of exercising the right to vote.

NASA's astronauts are known to be the top of their class and with a high value of degrees. The patriotic Kate Rubins is promising to exercise her voting rights and do her part as an American citizen given a chance to choose its leader. Despite not being in space yet, Rubins will fly to the International Space Station just weeks away from the November elections.

Kate Rubins is currently on Star City, Russia, and relayed her message via an Associated Press interview. The interview portrayed Rubins' intent and eagerness to participate in the upcoming elections despite the distance from her country. Through technology and a secure network, Rubins will vote for her elected officials.

NASA and Kate Rubins would launch by mid-October, headed for the International Space Station (ISS), where she'll perform her mission and cast her vote on the side. Rubins will cast her vote more than 200 miles above the planet and stay with the ISS for six months.

This mode and method of voting are possible in the state of Texas, where most astronauts live. The state's laws protect and allow the voters from space to cast one and forward it to the electoral committee. NASA will ensure the security of the vote that comes from its astronauts.

Voting From Space: How Will it Be Done?

Like any other voting process, the voter will choose from the ballot and forward the results to a system, either automated, mail, or manual sorting. Kate Rubins' voting process would include several agencies from NASA to receive and relay the vote.

Most probably, NASA would have astronauts Kate Rubins to cast her vote the same time as the November 3 U.S. Elections happens on the planet. Rubins would choose her preferred candidates and forward the electronic ballot to NASA to give it to Mission Control.

Mission Control would then forward the e-ballot to the space station, who will relay the now vote to the county clerk responsible for gathering the tally. NASA promises this process to be secure and safe for its astronaut's vote to count and adequately add up to the database. 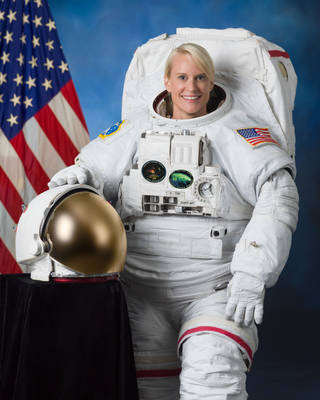 The 41-year old astronaut is known to be the 60th Woman to Fly in Space last 2016 in her mission with NASA aboard the Soyuz spacecraft bound for the ISS. NASA's Kate Rubins is the first person known to sequence DNA in space in Expedition 48/49.

Rubins' latest mission is a six-month venture to the ISS in the mission called 'Expedition 63/64' as a flight engineer scheduled to launch in October 2020. The astronaut will fill in her responsibilities as a NASA space engineer and as an American citizen in the upcoming U.S. Elections.

Rubins believe that taking part in the election is critical in practicing democracy and making it work. She added that if astronauts can do it from space, U.S. Citizens from the ground should also select the country's rightful leader.