Although we see nothing but the sun, the stars and the moon, and the occasional planets in our sky, there are millions of floating space debris above us that could potentially hit the International Space Station (ISS) and cause irreversible damage to it. Thus, threatening the lives of our astronauts aboard as well as the future of human space exploration. 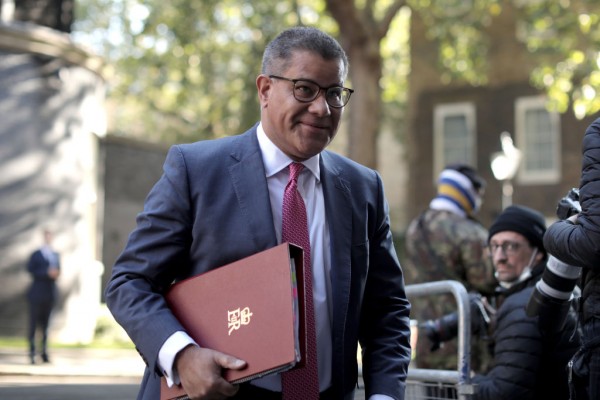 Because of this looming problem, the UK's Business Secretary, Alok Sharma, has announced seven space-cleaning programs and their funding via the U.K. Space Agency (UKSA).

According to a Daily Mail report, there is a £1million (around $1.3million) funding for the programs.

Each of the program has its unique plan on tackling space debris, such as the "Life Me Off" project, which plans to create a powerful AI-powered algorithm that will help experts differentiate floating objects in near orbit, whether they are actual satellites or junk.

Another project is known as the Lumi Space, which uses lasers to track and map space objects.

Of course, there are also specific projects that will actively remove space junk from the Earth's orbit and make space a little safer for the ISS and its fellow spacecraft.

According to the UKSA, there are 26 proposals from various independent bodies, but these seven made the cut and, therefore, will receive a portion from the funding offered by the space agency.

Read Also: These Planets Could Make You Rich Since They're Made of Diamonds and Researchers Explain the Weird Phenomena

Based on current estimates, around 160 million pieces of space junk are orbiting our planet now, ranging from large defunct satellites to tiny fragments of broken spacecraft or debris from rocket launches, as per The Telegraph.

Nevertheless, even the tiniest fragment could be incredibly dangerous for the ISS, especially as they travel at around 18,000 mph in space.

If experts here on Earth fail to track a single piece of junk and it hits the ISS or any other low-orbiting spacecraft, the damage would be so significant that the space station would have to be abandoned.

Moreover, experts have predicted that even a four-inch space junk could set off a chain reaction that would make space a "no-go zone for centuries" if it ever collides with a satellite.

The Dangers of Space Debris

Currently, astronomers from NASA and other space agencies are tracking these space debris and frequently communicate with the space station to help them adjust whenever something is in a collision path with the ISS.

Unfortunately, it's hard for them to track each and every piece of space junk.

"If we don't take action now, low-Earth orbit could become too perilous for satellites or even humans on the International Space Station," Sharma said, emphasizing that the projects are vital to assure human space exploration continues.

"The space debris expert Don Kessler predicted in 1976 that the space around the Earth could become so riddled with junk that launches would become impossible and vehicles that entered space would quickly be destroyed," the secretary continued.

Sharma even used Sandra Bullock's 2013 movie Gravity as an example.