Top Richest People and Tech CEOs Lost a Total of $44 Billion This Week, But Will They Feel the Loss?

The top 10 wealthiest tech CEOs have seen a drop in their wealth, collectively losing $44 billion this week due to a tech sell-off that also ended in an 11-day rally, but will they feel the losses? 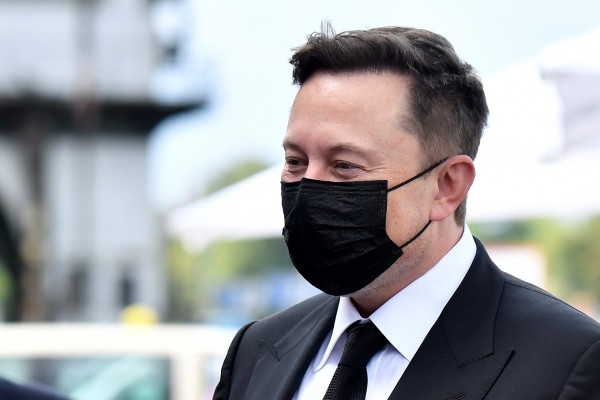 (Photo : REUTERS)
Elon Musk, who recently became the world's third richest man, was the second to lose the biggest amount.

According to the Bloomberg Billionaires Index, Jeff Bezos, the CEO and founder of the internet retail giant Amazon, has seen the biggest personal drop at $9 billion, which was due to the biggest drop of the company's shares since June.

This is followed by Tesla CEO and founder Elon Musk, whose company has steadily declined for the last three days, nearing bear-market territory and losing $8.5 billion.

Based on a report by Business Insider, there have been recent concerns that these big tech companies are overextending valuations, leading to a massive tech sell-off, with the Dow plunging 740 points on Thursday, September 3.

Decrease After a Massive Gain

Besides these well-known tech CEOs, MacKenzie Scott, the former wife of Bezos, has also seen some loss this week with her fortune dropping by $3.2 billion.

Scott was recently hailed as the world's richest woman as her net worth has now jumped to $66 billion, while Musk was able to overtake Mark Zuckerberg as the third richest man after Jeff Bezos and Bill Gates, whose net worth is at $115 billion.

The former Mrs. Bezos was able to gain her fortune as she got a 4% stake at Amazon as part of the divorce, according to a report by NBC News.

Over the months, the company's stocks have seen a massive increase as everybody turned to the company to get all their needs as they quarantined.

Will They Feel the Loss?

Nevertheless, will these tech billionaires feel the loss?

Perhaps they would, in some way or another, but the losses are only a fraction of their overall wealth, which totals at a whopping $830 billion.

Bezos, Musk, Gates, and Zuckerberg are all centibillionaires, which means they have net worths of at least $100 billion each, so even the biggest drop of this week won't affect that much of Bezos' fortune.

The pandemic has negatively affected the world and the nations' economies due to the lockdowns that happened earlier this year, forcing shops and countries to close down their doors in fear of further spreading the COVID-19 disease.

Nevertheless, these tech CEOs were able to rise above all as people used the internet and their products more.

Despite the loss this week, Bezos was still able to gain $83 billion this year alone.

Elon Musk, who is lately the content of many headlines and news for his company's back-to-back achievements and the unveiling of his ambitious Neuralink brain chip, saw his fortune soar as he gained a massive amount of $69 billion.