This Financial Crisis Isn’t Young People’s Fault, But We Have The Most To Lose

Just over a decade ago, my roommate and I sat on the couch in our new apartment watching the news: Wall-to-wall coverage of people walking into shiny office buildings with empty boxes and walking out with their belongings. It was September 2008 and the Lehman Brothers investment bank was collapsing, a fact that felt especially personal to us given that my roommate, fresh out of college, had just moved to New York for a job there. Silently, we each wondered whether he still had a job and, if not, how we would afford rent.

What followed was one of the worst financial collapses in the history of our country, the Great Recession. Millennials like me entered the workforce with fewer available jobs, lower pay, and less financial security. Now, our generation is gearing up to face our second financial crisis in just over a decade. This time, many of us are parents of young children, some are caring for aging parents, and one-third of us are burdened by excessive student loan debt. And Generation Z is in a spot not so different from where millennials were in 2008.

Addressing the health impacts of the COVID-19 pandemic caused by the spread of the novel coronavirus is rightly not only the United States’ top priority, but the biggest priority in the world. It’s critical that people follow aggressive social distancing and stay-at-home measures if they can, and that those in charge provide frontline workers with the resources they need to maintain their health. But we cannot wait until the pandemic is over to contend with the massive economic impacts of this crisis, which are already taking a toll on many Americans, and especially Black, brown, and other marginalized people. As of April 10, 16 million people have filed for unemployment — which doesn’t even represent the full number of people who have lost work and pay — and young people, particularly young people of color, are being disproportionately affected. For example, over half of Latinx people ages 18 to 29 and a similar share of those ages 30 to 49 say they or someone in their household has lost a job or had their pay cut because of the coronavirus outbreak.

Our government must act boldly and proactively right now to ensure that all people, and young people in particular, are not financially decimated by this pandemic. Addressing this crisis in full will mean addressing the underlying economic challenges that have already set younger generations of Americans behind. And while caring for people in times of crisis shouldn’t always be about the financial returns, it’s worth noting that both societies and economies tend to work better and be more resilient when people have what they need to stay healthy and provide for themselves and for their families.

Millennials and Generation Z comprise more than a third of all U.S. adults, so our economic stability doesn’t just impact us, but our entire country. And we’re uniquely at risk: Americans under the age of 25 make up nearly half of workers who are paid the federal minimum wage and almost half of people employed by service jobs, which are most likely to be impacted or lost as a result of business closures. These at-risk sectors have higher demographics of Black and Latinx workers than white workers. People under the age of 35 are also more likely to be freelance or gig economy workers, and thus are more at risk of losing work in a volatile market than their traditionally employed counterparts. If you were born after 1984, you also have the lowest level of average savings of any age group, meaning your inability to absorb negative shocks to income only exacerbates already precarious employment situations.

Meanwhile, while many young people would love to be in the early stages of starting families and buying homes, those milestones are now especially costly and increasingly out of reach. The rate of homeownership among the under-35 demographic has been steadily decreasing since the mid-2000s and now sits at around 35 percent — a staggering 30 percentage points lower than the U.S. overall average. The rate is even more startling when you look at young people of color: The rate of homeownership among Black 18 to 34-year-olds is the lowest of any racial or ethnic group, at just 18 percent.

So far, the bill packages passed by the House and Senate have taken steps towards providing relief to individuals as well as to business owners, of whom young Americans are a steadily declining percent — but they don’t go nearly far enough. In order to help people stay afloat during this global crisis, we will need to consider bigger and bolder solutions. For example, Representatives Ayanna Pressley (D-MA) and Ilhan Omar (D-MN) proposed a bill that would suspend federal student loan payments and cancel up to $30,000 in federal student loan debt for all borrowers, while Senators Chuck Schumer (D-NY), Elizabeth Warren (D-MA), Sherrod Brown (D-OH), and Patty Murray (D-WA) proposed a similar bill that would cancel $10,000 in federal student loan debt. Other promising policy solutions include increasing the amount of direct stimulus payments, further strengthening unemployment insurance, and expanding eligibility for emergency relief payments using individual taxpayer identification numbers rather than Social Security numbers, so that non-citizen residents, who also pay taxes and stand to be disproportionately affected, can also receive the assistance they need.

This is not the first crisis our generations have faced, and it likely won’t be the last. But it’s critical to remember that those in power — namely, our legislators and executive leaders — have a choice in how they respond to it. They can either treat this as business as usual, or they can get serious about solving the many inequities that are rising to the surface and address the student loan debt crisis, ensure that people don’t go bankrupt over medical bills, and put in place a stronger social safety net so that one recession won’t put minimum-wage or service industry employees at risk of losing everything.

Our leaders must commit now to investing in young people and providing the support that previous generations were able to rely on. It’s the only way this country will come out of this crisis better prepared for the future.

Brent J. Cohen is the executive director of Generation Progress, a national advocacy and education organization that promotes progressive solutions to the issues that matter to young people between the ages of 18 and 35. 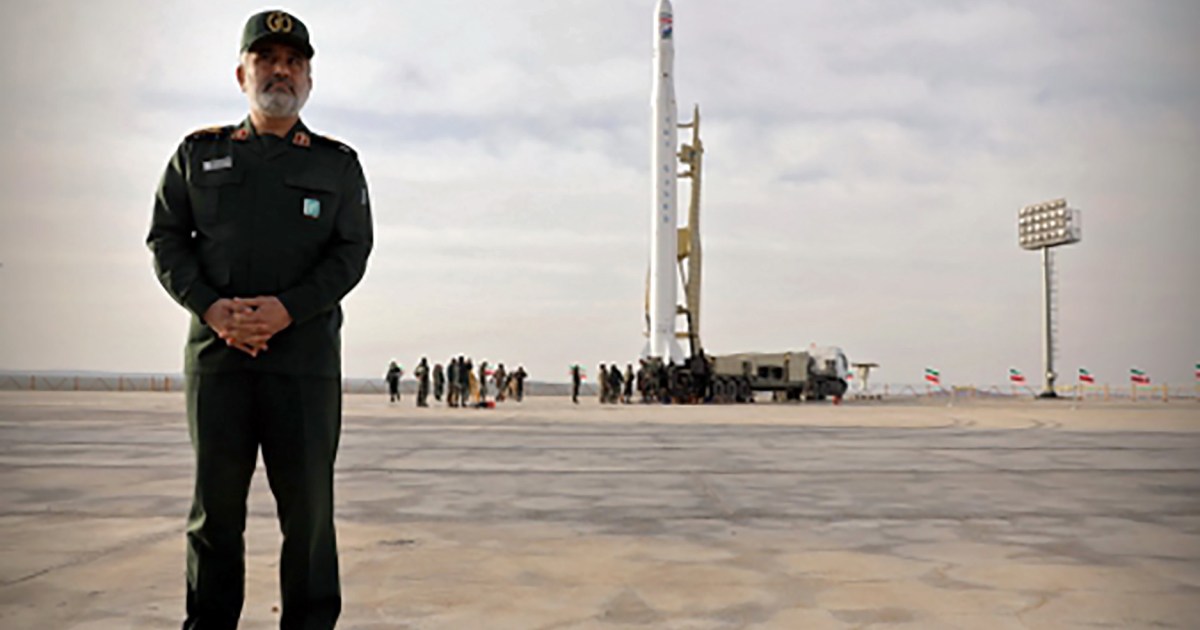 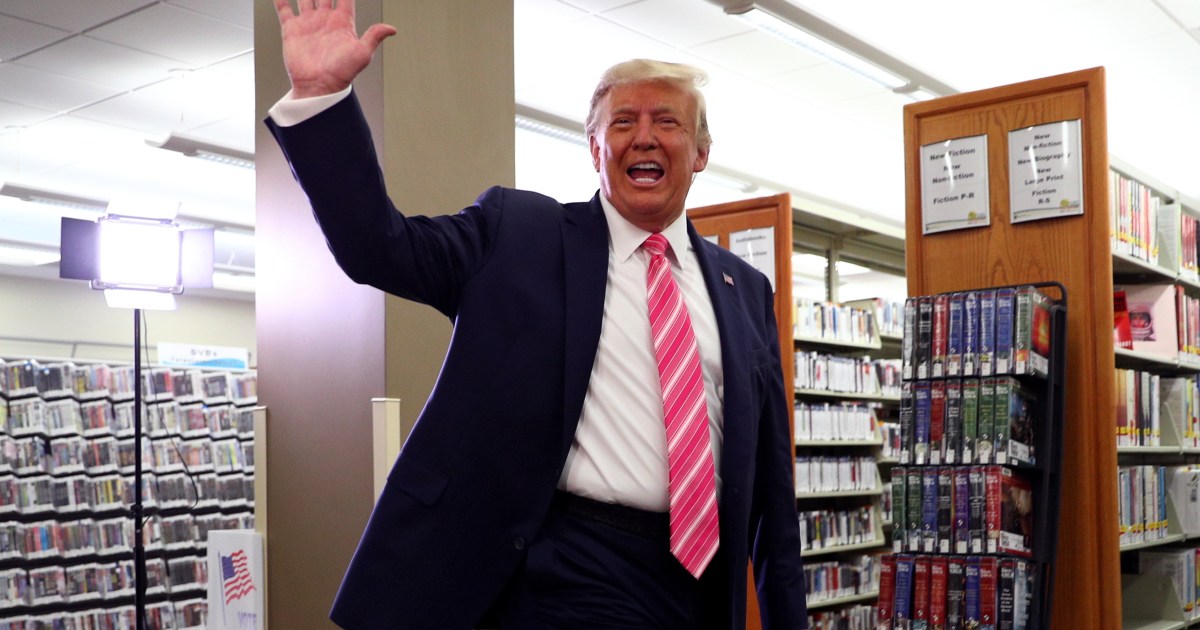 Trump casts vote ahead of campaign blitz in battleground states 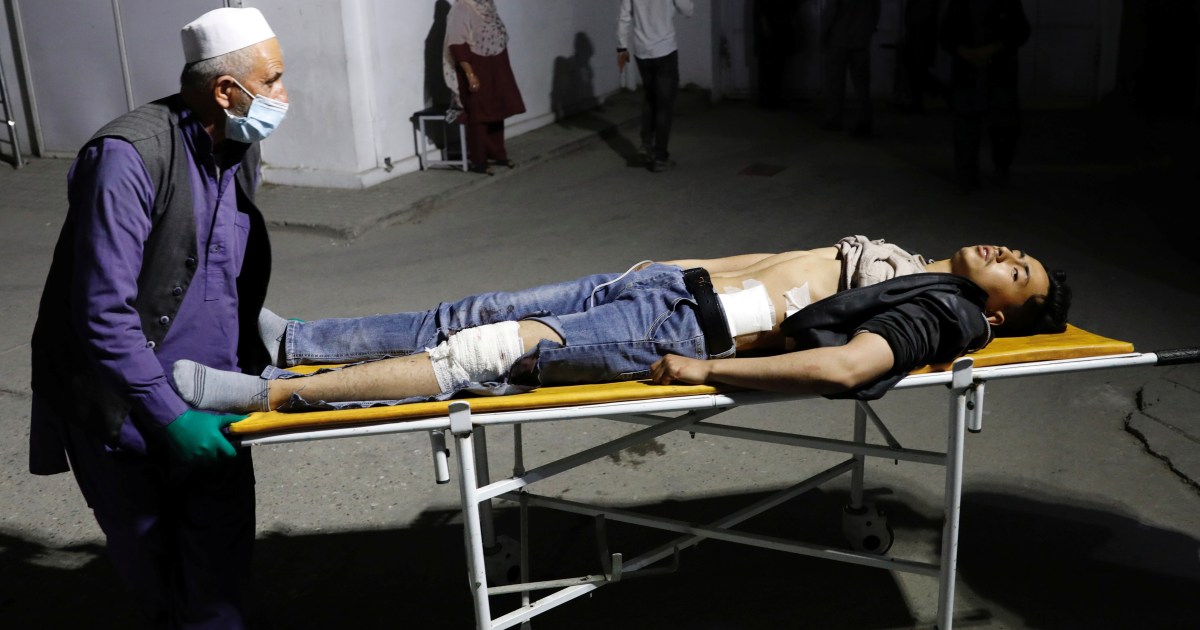