Minnesota-based power sports outfit Polaris is teaming up with Zero Motorcycles to co-develop electric vehicles, including ATVs and snowmobiles. The two companies have signed an “exclusive, 10-year agreement,” which Polaris said will help kick off an effort to have an electric version of every vehicle type the company offers by 2025.

Polaris makes a variety of off-road vehicles, including the popular RZR lineup as well as garish three-wheelers like the Slingshot. It also owns Indian Motorcycle, which it acquired in 2011. California-based Zero, which was founded in 2006, currently has nine electric motorcycles in its product lineup, including the recently released SR/S. Both companies hope to seize upon what they think has been an overlooked market for electrification, starting with off-road vehicles and snowmobiles.

Polaris CEO Scott Wine said the goal is to develop vehicles that are not only attractive on their own merits, but actually superior to their combustion engine counterparts. “The vision that I have is that any customer that wants to buy an electric powertrain product in power sports can buy it from us,” Wine told The Verge, “though it’s going to take us a while to get there.” 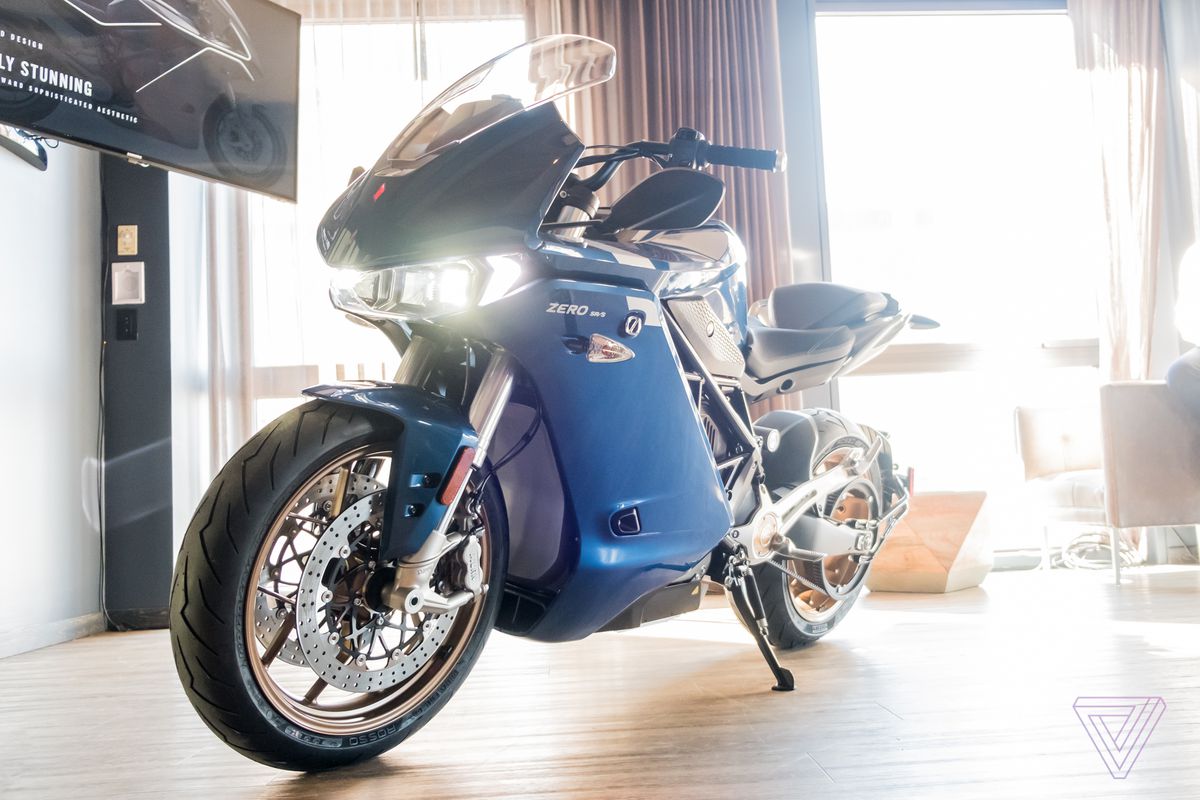 Photo by Sean O’Kane / The Verge

Polaris has some expertise in electrification. In 2011, the company acquired Global Electric Motorcars (GEM), which makes low-speed vehicles like golf-carts and shuttles. Since then, Wine said Polaris has made and sold “over a billion dollars” worth of electric vehicles.

But by partnering with Zero, Polaris hopes to add new electric vehicles to its core product line of off-road and power sports vehicles. “With Zero as a partner over the next decade, we feel like we can take our entire portfolio and also offer an electric powertrain alternative that, in most cases, is a better solution for our customers than the internal combustion engine that it augments.”

Zero has been occasionally described as the “Tesla of motorcycles,” and has established itself over the years as a top-tier maker of electric motorcycles. While seemingly dozens of wild-looking electric motorcycles have been announced over the last several years, very few of them are actually available for purchase, and basically none of them come from a company with a reputation like Zero’s.

Wine said that engineering expertise, particularly when it comes to the motorcycle outfit’s approach to batteries, was the main thing that attracted him to Zero. “Their battery density is better than any automotive company,” he said.

That said, battery-powered off-road vehicles aren’t a guaranteed best-seller. Many of Polaris’ customers are sure to be ambivalent, if not outright hostile, to the idea of an electric ATV, for example. Wine acknowledges that it will be challenging to convert some of his customers to battery-powered propulsion.

“I think it’s gonna be very important to a lot of people,” Wine said. “I also think there’s a lot of my current customers that don’t give a crap.”

Polaris isn’t alone is exploring ways to sell more electric power sports vehicles. Electric trucking company Nikola Motors has released concept versions of an electric watercraft and an electric off-roader called the NZT. Tesla has also teased an electric ATV called the Cyberquad. And Volkswagen has revealed plans to make an electric dune buggy, the ID Buggy, which is based on the old Meyers Manx kits from the 1960s.

Polaris is a public company, while Zero is still privately held. There has been a rash of electric vehicle companies going public these days using special purpose acquisition companies, or SPACs, to access more capital while avoiding public scrutiny. Zero has been approached about going a similar route but has so far declined, Wine said.

Meanwhile, Wine said that while an acquisition by Polaris isn’t on the table right now, it could be in the future. “I wouldn’t rule anything out,” he said. “I think they have aspirations to go public at some point and, you know, we think we enhance their value so it’s good for them in that regard.”