Opinion – Selecting the Next UN Secretary-General 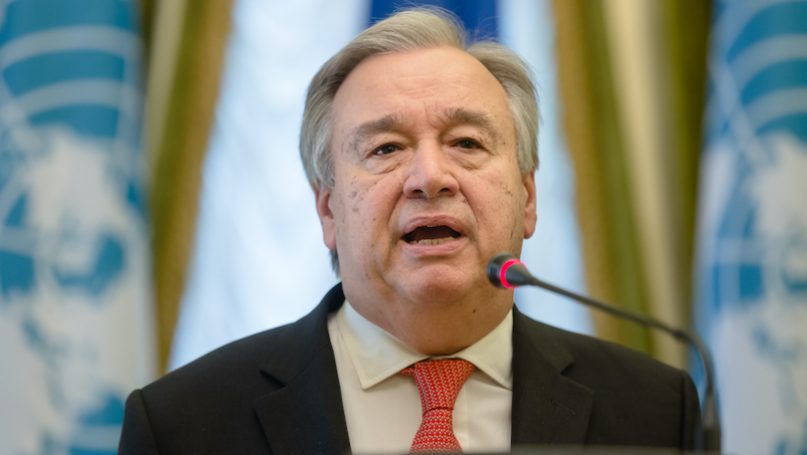 Five years ago the UN General Assembly adopted a resolution (69/321) that brought an end to 70 years of shadowy, P5-dominated Secretary-General appointments.  The new process saw candidates’ names, vision statements and CVs published, and member states and civil society given the opportunity to quiz candidates at the General Assembly. Such improvements in turn bolstered the authority of the President of the General Assembly (PGA) and allowed for public scrutiny, making it much harder for the Security Council to dominate. While the incumbent, Mr António Guterres, has not publicly stated his availability to serve a second term, recent speeches laying out ambitious plans for a new social contract hint strongly at a vision for another five years in office.

As we reach the point when the next selection process is due to start, there needs to be careful attention on how to apply this process fairly and transparently to a situation where a sitting Secretary-General is competing for a second term in office. There are also opportunities to learn from the lessons of the 2016 race and refine things, such as the farcical Security Council practice of holding secret ballots on candidates only for the results to be immediately leaked on social media or the confusion around the practice of nominating candidates.

Accommodating an incumbent Secretary-General with the attendant access and exposure while maintaining a level playing field for candidates will not be straightforward.  But with Mr Guterres’ support and discretion it need not be a major issue. Mr Guterres is widely known as a fan of the new process (perhaps unsurprising given his favourable outcome) and has made accountability and performance management key principles of his premiership. Therefore it would be natural for Mr Guterres to want to act to consolidate the process. Indeed the realisation of Mr Guterres’ vision for a potential second term could benefit from a groundswell of support from the wider UN membership and the public he could gain during a competitive selection process.

An open process would also help to head off criticism from those that have long argued on a point of principle no Secretary-General, no matter how talented, should serve more than one term to avoid the need to stay on side with the powerful states that hold the keys to a second term. A number of states as well as the 1 for 7 Billion campaign and the Elders have lobbied for this change, and demands for such a principle will only grow if it is felt that the process of reappointment lacks legitimacy. This dynamic is accentuated by the widespread sentiment that the appointment of a female Secretary-General is long overdue. Ultimately, in 2016 Mr Guterres was able to persuade member states that, gender notwithstanding, he was the best person, and the best feminist, for the job. But those credentials will be called into question if the absence of a competitive selection process denies women not only the job, but even the ability to apply, for yet another five years.

But there will be some who would rather see a return to the murky days and the latitude to discreetly influence a sitting Secretary-General in return for their support. The veto wielding Permanent Members of the Security Council still hold sway for the appointment as outlined in Article 97 of the UN Charter: the appointment is made by the General Assembly on the “recommendation” of the Council. Without a transparent process and given the present questionable commitment to UN processes by some Council members, a lack of scrutiny could exacerbate this perennial problem which tends to result in powerful countries holding de facto monopolies on senior UN appointments for their nationals.

Like last time, the support of key groups of states, such as ACT and NAM will be vital. In February 2019, an ACT statement asserted that reforms “should be applied and strengthened in all future selection processes” – a position reinforced later that year by GA resolution 73/341. Early signs that the new PGA will be assertive about the authority of the General Assembly and civil society interest in the issue is promising. Support could also be forthcoming from within the Security Council given that Estonia -– one of a handful of ACT states leading calls for reform back in 2016 – is now an elected member and the UK will want to consolidate gains it led on last time around. More broadly, it could be an opportunity for the P5 to collaborate positively at a time when the Council is facing massive (and justifiable) criticism.

These factors could make for a strong alliance to ensure that the COVID-19 upheaval and the minority of states likely to want to reassert their dominance over this important decision will not block a healthy selection process, and see to it that the historic reforms are not just consolidated, but built on in 2021.

Ben Donaldson is a co-founder of the 1 for 7 Billion campaign and Head of Campaigns at the United Nations Association, UK.

From Militancy to Stone Pelting: The Vicissitudes of the Kashmiri Freedom Movement