New study reveals what brought down the powerful Assyrian empire

For 1,400 years, the ancient Assyrian empire dominated the Middle East ruling an area stretching from Turkey to Egypt and east to Iran through what is today Northern Saudi Arabia and Iraq. And then it all fell apart because of a megadrought caused by climate change.

The Assyrians were truly a superpower of the time, excelling in warfare, art, politics, and economics. Considered the first real empire in history, the Assyrians armed themselves with iron weapons, making their armies a formidable foe unmatched on the battlefield. As such, the Assyrians easily and swiftly conquered lands to add to their dominion.

Wall carving of an Assyrian war chariot likely used to expand the empire. Image via Wikimedia

At the height of Assyrian dominance, known as the Neo-Assyrian Empire (911 and 609 BC) that followed the Old Assyrian and Middle Assyrian empires, the culture flourished, the people prospered and life was good. This is not the typical story one often hears about somewhere in the Middle East, but that was the Assyrian experience.

Until it all came crashing down…

For a long time, historians have attributed the fall of the Neo-Assyrian Empire to civil strife and military defeat, both of which were factors in the fall.

The death of a ruler in 627 BC and a series of civil wars seriously weakened the empire. Smelling blood in the water, the Babylonians and the Persians teamed up along with the Scythians and Cimmerians. This alliance attacked Assyria, culminating in the siege of the capital at Harran in 609 BC. During the siege King Ashur-uballit II was presumably killed and the city fell, bringing an end to the once-mighty empire. 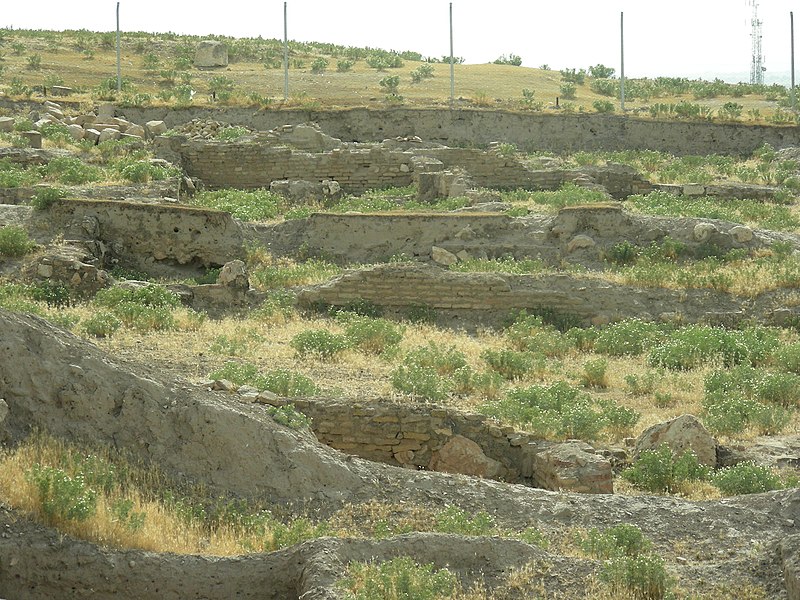 The ruins of Harran, which are located in modern-day Turkey. Image via Wikimedia.

During the height of their power, the Assyrians enjoyed not only a wealth of treasure but a wealth of precipitation, resulting in a wet climate that allowed them to continuously grow cereals in their agrarian culture. This excellent crop yield for two centuries fueled the Neo-Assyrian Empire’s growth. After all, the empire was able to grow enough food to keep the people happy and their army fed, a crucial element in any effort to expand control over a region.

However, what the Earth provides, the Earth can also take away. Long before the Industrial Revolution when humans all of sudden could cause climate change like we are currently doing now, cyclical climate change could also wreak havoc. And that appears to be what happened to Assyria when a megadrought lasting for 60 years crippled food production, contributing to domestic strife that may have played a role in the civil wars and weakened the empire enough that their enemies banded together to take advantage of an opportunity to conquer their top competitor. 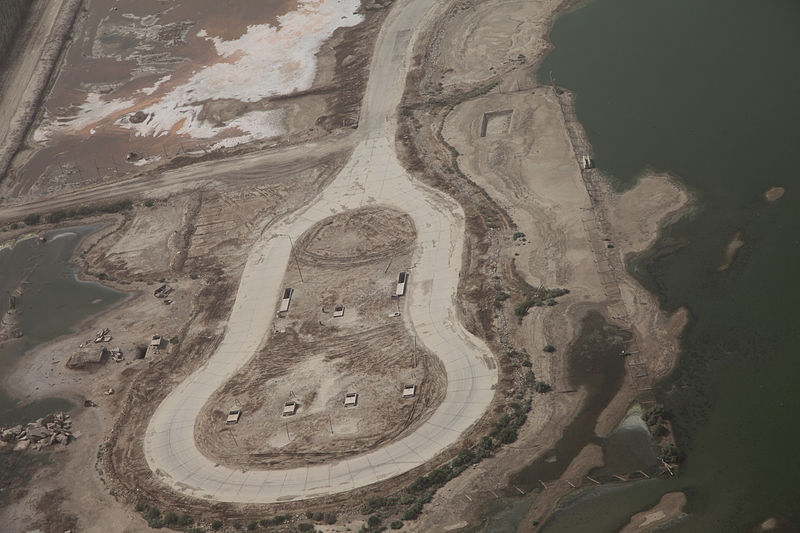 Aerial image of the effects of a major drought in Iraq. Image via Wikimedia.

“Previous explanations for the empire’s collapse have focused on political instability and wars,” California State University professor and lead study author Dr. Ashish Sinha explained in a statement. “The role of climate change was largely ignored, in part because of a lack of high-resolution paleoclimate records from the region.”

In an effort to find climate records, Sinha and her team analyzed stalagmites inside a cave in Iraq. Like rings inside a tree can tell us about climate, stalagmites also carry a record of rainfall or lack thereof in the area over thousands of years, making them perfect to tell a side of history that is often overlooked. 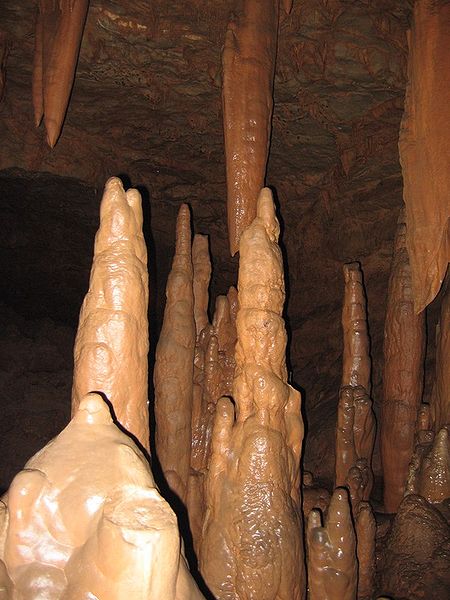 Stalagmites rise from the floor of a cave as a result of calcium deposited over time from dripping water above. Image via Wikimedia.

“Our team analyzed drip water that got fossilized in two stalagmites in Kuna Ba Cave in northern Iraq,” University of Colorado Boulder scientist and study co-author Dr. Adam Schneider said. “Because the oxygen and carbon isotope composition in different layers of the cave formations can be used to infer changes in precipitation at a high temporal resolution, we get a much better proxy than anything else we had previously. And because the isotope record went all the way up to 2007, we were able to correlate the stable carbon and oxygen isotope ratios with modern instrumental climate information from the region.”

The problem for Assyria is that the same areas perfect for agriculture were also vulnerable to disasters such as drought. The empire relied on seasonal rains to grow their crops, putting them at a distinct disadvantage to enemies like the Babylonians, who irrigated their crops. So, when a drought hit the region, the Assyrians lost their ability to keep their crops watered while the Babylonians did not. 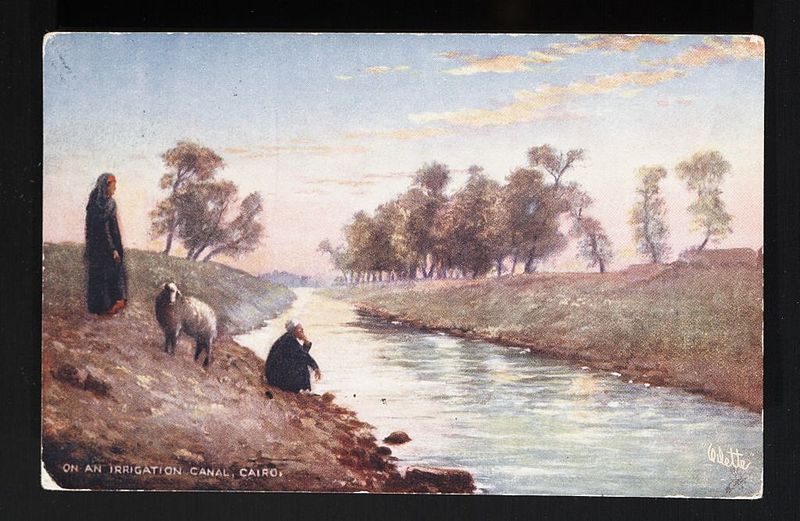 Irrigation canals such as this one in Egypt gave the Babylonians an advantage during droughts. Image via Wikimedia.

“Since the empire was highly dependent on agriculture, the megadrought would have likely exacerbated political unrest and may have encouraged invading armies that ultimately led to Assyrian collapse,” the study authors said. “Our data suggest that the recent multi-year droughts, if they were to continue over a century, would constitute the worst episodes of regional drought in the last four millennia.”

Empires can weather short periods of drought, but a drought lasting several decades is not something any nation can really prepare for. Yale professor of archaeology Harvey Weiss explained this “mother of all catastrophes” and how it solves the mystery of why Nineveh, the largest city in the world at the time, was abandoned by the Assyrians and never reoccupied, even after the empire was conquered. 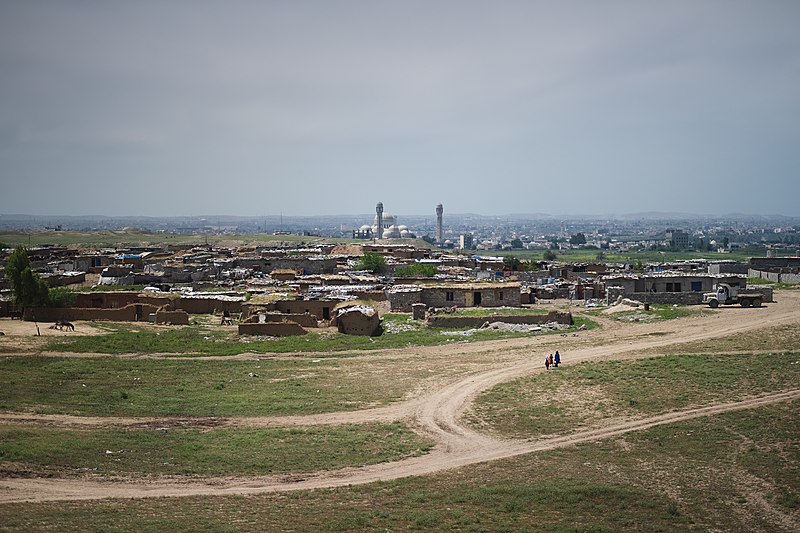 The ruins of Nineveh, once the largest city in the world at the height of the Assyrian Empire, in modern-day Iraq. Image via Wikimedia.

“We have a historical and environmental dynamic between north and south and between rain-fed agriculture and irrigation-fed agriculture through which we can understand the historical process of how the Babylonians were able to defeat the Assyrians,” Weiss said. “This fits into a historical pattern that is not only structured through time and space but a time and space that is filled with environmental change. These societies experienced climatic changes that were of such magnitude they could not simply adapt to them.”

“The severity of the Assyrian megadrought is comparable in magnitude to the post-1980 CE drought inferred from our speleothem record—an observation that provides critical context for both historical and modern droughts,” the study published by Science Advances reports. 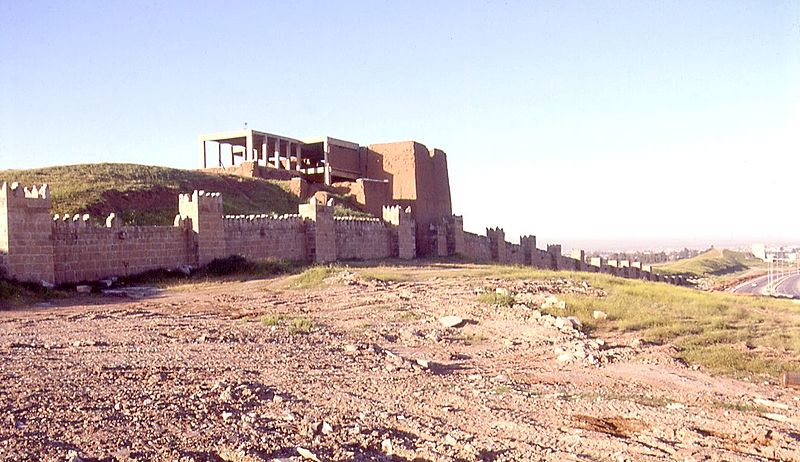 Severe climate events such as droughts are capable of generating regional unrest the longer they last because people get desperate. This forces people to confront their leaders or topple them or even migrate elsewhere.

Related: Are billionaires buying up land away from the coasts based on prophecies or inside information?

Perhaps the Assyrians could have done something about it by developing an irrigation system to rely on during harder times. But, again, they could not have known there would be a drought that lasted 60 years.

In the end, the Assyrian empire fell, but there are still Assyrian people living in the Middle East today in parts of Iraq and Syria, which means the Assyrian culture never really disappeared even though the empire did.

Related: What happened to the Anasazi people? Science may have figured it out

More about the Assyrian Empire by TED-Ed: