Many scientists suggest that intelligent life could have really existed on the Red Planet. A new study raises the possibility of Martian life on Mars after researchers discovered found more salty ponds next to its underground lake. 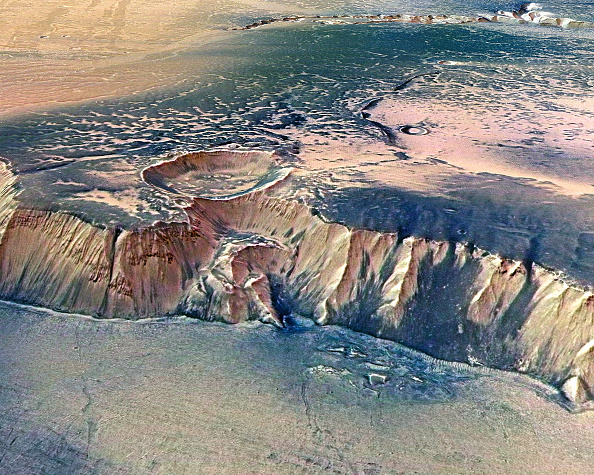 (Photo : Photo by ESA via Getty Images)
IN SPACE - JULY 16: In this handout image supplied by the European Space Agency (ESA) on July 16, 2008, The Echus Chasma, one of the largest water source regions on Mars, is pictured from ESA's Mars Express. The data was acquired on September 25, 2005. An impressive cliff, up to 4000 m high, is located in the eastern part of Echus Chasma. Gigantic water falls may once have plunged over these cliffs on to the valley floor. The remarkably smooth valley floor was later flooded by basaltic lava.

Also Read: Elon Musk Confirms Starlink Will be Separate from SpaceX: IPO Could be Years Away but "Small Retail Investors" Will Get Top Priority

The salty lake was first discovered by scientists two years ago, located under the surface of Mars' southern ice cap. In the new research, Italian scientists found more evidence of the lake.

They also discovered a number of smaller salty ponds near the large lake, which they claimed could suggest that life on Mars exists. The researchers used the Mars Advanced Radar for Subsurface and Ionosphere Sounding or MARSIS instrument on the European Space Agency's Mars Express spacecraft.

According to the research statement, the radar covered a larger Martian surface area and gathered additional data. This high-tech feature allowed scientists to confirm the liquid nature of the previously observed lake.

They were able to gather more specific details about the salty lake, such as its area, estimated at 30 by 20 kilometers (18.6 by 12.4 miles).

"The presence of a subglacial lake could have important consequences for astrobiology and the presence of habitable niches on Mars," said the researchers in the statement.

The journal Nature Astronomy published the study's results on Monday, Sept. 28, stating that the discovery of several other smaller patches of water was incredibly exciting.

What the researchers found about the salty ponds

The scientists discovered that the salty ponds are different in sizes and separated from the main lake by strips of dry land. They explained that the study was significant since it provides more information about the Red Planet's climate, as well as chemical makeup. 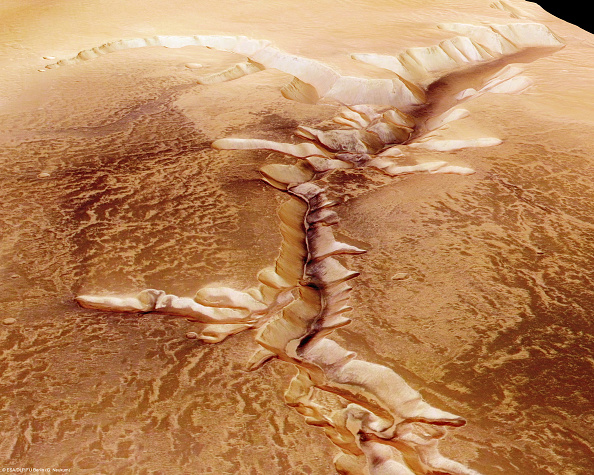 (Photo : Photo by ESA via Getty Images)
IN SPACE - JULY 16: In this handout image supplied by the European Space Agency (ESA) on July 16, 2008, The Echus Chasma, one of the largest water source regions on Mars, is pictured from ESA's Mars Express. The data was acquired on September 25, 2005. The dark material shows a network of light-coloured, incised valleys that look similar to drainage networks known on Earth. It is still debated whether the valleys originate from precipitation, groundwater springs or liquid or magma flows on the surface.

For example, they found out that the large lake and the ponds surrounding it are still liquid. This suggests that the water bodies are hypersaline, which means that they contain lots of salts.

The study also suggested that Mars may have been warm enough to host flowing water and pouring rainstorms 3 to 4 billion years ago. This means that Mars would have created an environment that could support life.

Also Read: SpaceX CEO Elon Musk Claims Humans Journey to Mars Possible in Three Years as Starship will Be in Automatic Mode By Next Year!