Managing the Bedbugs, Bathroom Shortages and Big Egos at Yalta 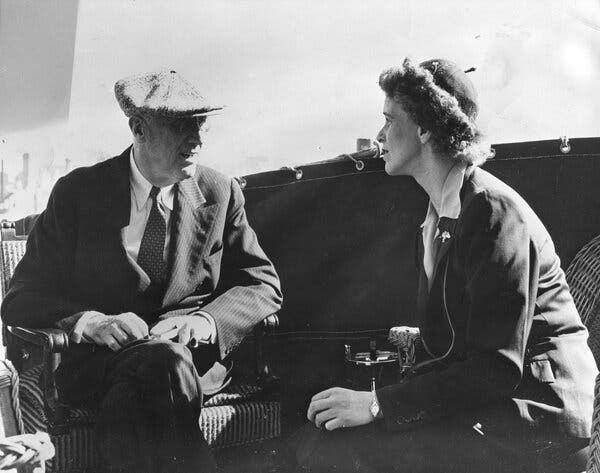 President Franklin D. Roosevelt with his daughter, Anna, aboard a ship in Malta on Feb. 2, 1945, while en route to Yalta. Catherine Grace Katz’s “The Daughters of Yalta” recounts the crucial support (and hostess tasks) provided by daughters of Allied leaders at the Yalta conference.Credit...U.S. Army Signal Corps, via Associated Press

THE DAUGHTERS OF YALTA
The Churchills, Roosevelts, and Harrimans: A Story of Family, Love, and War
By Catherine Grace Katz

In the opening weeks of 1945, with their armies racing to Berlin, the three Allied leaders recognized that the war had reached a critical juncture and called for another strategy session to resolve difficult questions about the defeat of Germany and the future organization of Europe.

Weary and coping increasingly with the frailties of age, Britain’s prime minister, Winston Churchill, dreaded the prospect of traveling all the way to the Crimea, as far west as Stalin was willing to go. He harbored grave concerns about holding the meeting on the Black Sea coast, and complained that if the planners had been given 10 years to research a possible rendezvous site, they could not have found a more inconvenient venue. But eager to secure Soviet cooperation to guarantee victory in the Pacific, President Franklin D. Roosevelt, despite his own deteriorating health, accepted Stalin’s proposal for a summit in Yalta. Churchill, who had suffered a serious bout of pneumonia on the way home from the last meeting of the “Big Three,” in Tehran, grudgingly agreed to make the arduous journey, but warned his daughter, Sarah, that this time he knew he was “in for something.”

According to “The Daughters of Yalta,” Catherine Grace Katz’s detailed behind-the-scenes account of the conference, Churchill’s trip did not get off to a promising start. Between the blizzard that chased them east and his percolating anxiety, by the time Churchill arrived at Malta on Jan. 30 for a preliminary huddle with Roosevelt, he was feverish and filled with trepidation about the upcoming negotiations. He was also sweating the state of the British-American friendship, which was not as close as it had been in the early days of the war. It was essential that he find a way to settle Britain’s differences with America, or it would portend badly for postwar cooperation. As he paced and fretted, it fell to 30-year-old Sarah, a former actress who had enlisted in the Women’s Auxiliary Air Force, to take on the delicate role of supporting Winston that her mother, Clementine, had gratefully ceded. Sarah could manage her mercurial father, ease his worries and temper the linguistic torrents when he vented his spleen. Eager to redeem herself in his eyes now that she had forsaken her stage career and her much older husband, from both of which Churchill had tried to dissuade her, she wanted nothing more than to be allowed to serve as his chosen “second mate.”

Roosevelt, filled with his own misgivings about the 6,000-mile trek, decided to ask his timid 38-year-old daughter, Anna, a mother of three, to be his aide-de-camp at Yalta. Suffering from congestive heart failure, the president struggled to conceal his weakened condition, though his pallor and hollow cheeks were obviously those of a very sick man. Anna, who had long wished to be closer to her father, had begged to accompany him in the past, but he had always spurned her in favor of one of his sons. Desperate for affirmation, she seized the opportunity to be by his side at the conference, sensing it might be her last chance to prove her worth to him. In 1944, after her husband joined the Army, she had moved back to the White House and quickly ingratiated herself, frequently standing in as surrogate first lady when her mother, Eleanor, was away, and eventually displacing his special adviser Harry Hopkins, who was battling cancer, as the president’s closest confidante and fiercest protector. Roosevelt, Katz writes, had his own rationale for preferring his quiet daughter to his wife or usual advisers: “F.D.R. was able to thoroughly relax in Anna’s presence because he felt that, as a woman, she had ‘no ax to grind.’ … She existed to serve her family, especially the men, and to keep them tranquil and content.” Katz spares little sympathy for Eleanor, who reportedly had never been a nurturing person, and for all her good intentions did not help alleviate his stress. “Could he be blamed for trying to ensure that a grueling trip be as peaceful as possible?” 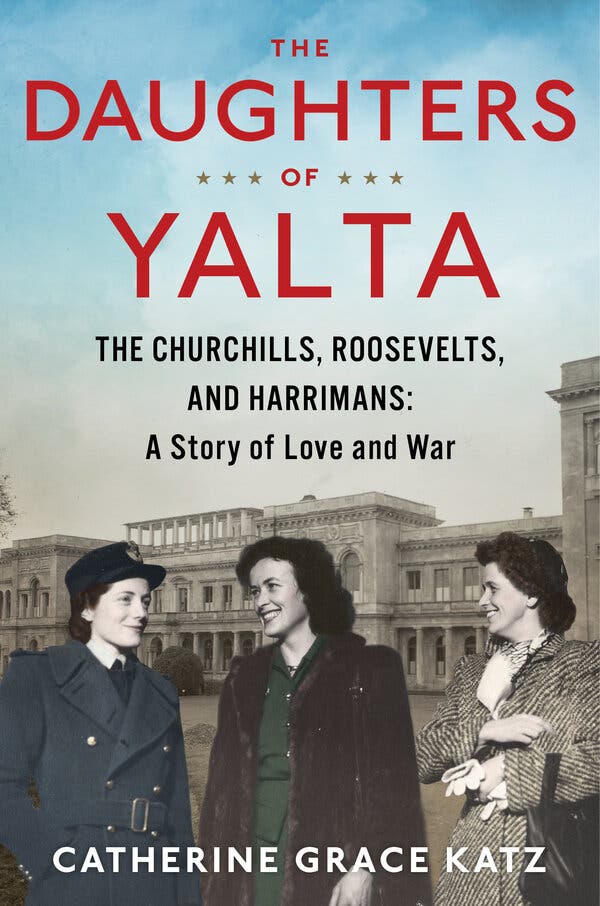 “The Daughters of Yalta” is Katz’s first book, and she skillfully marshals diaries, letters, oral histories and memoirs to support her thesis that the pressures of wartime had warped normal familial bonds, so that the Western leaders’ relationships with their daughters had become more like those between business partners than between parent and child. Loyalty and discretion were prized above all. The busy American ambassador to the Soviet Union, W. Averell Harriman, happily deputized his 27-year-old daughter, Kathleen, to serve as his hostess and chief protocol officer, relying on her to supervise the final arrangements before the battalion-size American delegation arrived at Yalta, and to engage in a little “soft diplomacy” on his behalf. (His second wife, Marie, pleaded poor eyesight and remained ensconced at home in New York.) As the younger daughter of the fourth richest man in America, Kathy was accustomed to taking charge — from an early age she had helped manage her father’s Sun Valley resort — but nothing could have prepared her for the task of turning the ransacked 116-room Livadia Palace, the former summer home of the dead czar, into a suitable headquarters for the handicapped president and his entourage. The glamour of the imperial setting belied the mundane job of coping with the myriad housekeeping and hospitality problems, from an acute shortage of bathrooms and infestation of lice and bedbugs to something as trivial as a mistyped place card, which could offend a delegate’s ego and have unforeseen consequences.

In Katz’s telling, these are daughters Lear would envy — their devotion to their fathers seemingly knew no end. When assigned to the Soviet Embassy in the autumn of 1943, Harriman wrote to Kathy from Washington and asked her to break off his affair with Churchill’s insatiable daughter-in-law, Pamela, who was all of 21 and unhappily married to his alcoholic son, Randolph. “Help Pam straighten herself out — poor child,” he instructed, then advised her to burn the note or lock it away.

No fool, Kathy did as she was told and kept her mouth shut. There was, Katz says, an element of self-interest. “She looked at the situation with pragmatic, transactional detachment — an ability she no doubt inherited from Averell.” If she did not keep his secret, she risked being sent home. Covering for her father’s affair was a convenient way to earn his trust, and a ticket to Moscow.

Roosevelt similarly enlisted his daughter to help hide renewed visits from his former mistress, Lucy Mercer, despite knowing how much this betrayal would wound her mother. Anna placated her ailing father, and shared the burden of guilt. “As the vault for his secrets,” Katz writes, “Anna had made herself indispensable.”

Light on political drama, this entertaining history is nevertheless packed with vivid personalities, jockeying aides and insider observations about a pivotal moment in history. Barred from the plenary sessions and meetings, the “Little Three,” as Sarah, Anna and Kathy were dubbed, had access only to “droppings,” and had to glean the progress of the talks from the faces of the dignitaries as they emerged for dinner. Midway through the conference, the pickings begin to seem increasingly lean, much to the frustration of the women — and the reader. More important, all three daughters, distracted by sightseeing excursions, underestimated Roosevelt’s reserves of strength and gamesmanship in the high-stakes negotiations. He effectively played up to Stalin by distancing himself from Churchill and concealed the atom bomb from the Soviets, all the while trying to win their participation in a new global security organization that he believed was vital to preserving long-term peace.

When the Soviet dictator raised his glass to the ladies who graced the final gathering, it struck me as an empty gesture. By the time the last banquet table was cleared, I could not help wondering what three such intelligent, enterprising young women might have achieved had they been allowed to do more than babysit for their famous fathers.