'Left 4 Dead 2' Has a New Official Campaign, But It's Made by Fans

Valve hasn't updated Left 4 Dead 2 in the last eight years, but fans decided they won't be leaving the game for dead--at least for now. 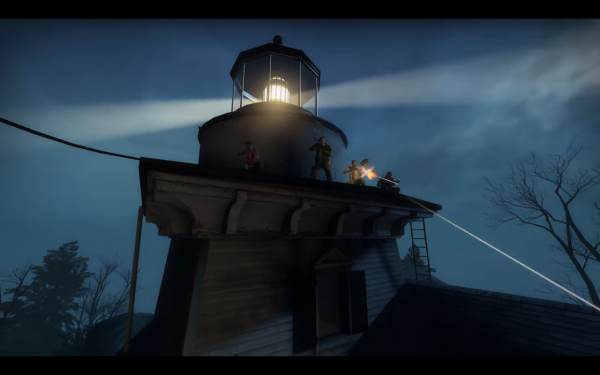 (Photo : Screengrab from JAiZ)
The new Left 4 Dead 2 major update was made by a gang of fans.

According to a report by RPS, the Left 4 Dead 2 community has created what seems to be the final major update of the game, which has then been officially released by Valve and has been dubbed as The Last Stand.

The game's official website has already included a landing page for the update, telling players what they can expect with the community-made update.

Based on the report, the update includes a new mini-campaign based on the first game's Survival mode map, a bunch of new weapons, and new maps for the Scavenge and Survival modes well as several minor tweaks.

In this update, players can experience a two-level campaign that will lead to the iconic lighthouse from the first game, but instead of inevitably dying, the new campaign leads to an actual escape by the end, so it's the perfect campaign for fans who have been frustrated since L4D's launch.

Nevertheless, the campaign isn't exactly long, with many being able to finish it within 35 minutes or so, especially on your first try.

Besides The Last Stand highlight, the update has also included 26 new maps for the Survival mode, four new ones for the Scavenge mode, along with several new items: a pitchfork and shovel, 30 cheevos, and the Counter-Strike: Source weapons that were initially limited to the German version.

The community of Left 4 Dead 2 fans has also added unused dialogues in the rotation and fixed several bugs and exploits and new achievements that players can unlock.

Issues After the Update

However, no update is perfect, so when players began downloading the new update, some have experienced a couple of problems, such as the game crashing and a part of The Last Stand breaking in, which blocks many players' progress.

There appear to be a few more problems as well.

The update makers have promised that they are working on a solution on the problems, and Valve itself has also noted that a fix for the controller issue is also coming.

"The technical issues were out of our control - the game was working perfectly on the beta, but something went wrong when pushing to the public branch," said one of the developers on the game's Steam forum. "We've been working on fixes for the past hours and will have a hotfix ready soon."

According to the fans behind The Last Stand update, they only wanted to release a smaller update back in November 2019 for the game's 10th anniversary, but Valve was preoccupied with Half-Life: Alyx back then, so they asked if they could add the lighthouse map and it all expanded from there.

Based on the game's official website, the update took years to finalize.

Read Also: 'Among Us 2' Cancelled!--Developer InnerSlot to Focus on Improving Hit Mafia-game and Integrating All Changes to Existing Game