In Proud Corners of Afghanistan, New Calls for Autonomy

In Panjshir, one of the last holdout regions against the Soviets and the Taliban, some would prefer to go their own way rather than support a government negotiating peace with the insurgency. 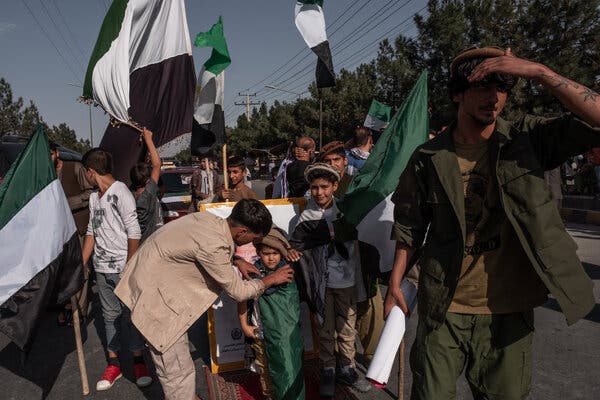 BAZARAK, Afghanistan — His face juts alongside the single-lane roads carved into the remote and forbidding Panjshir Valley, and looms over twisted hulks of Soviet tanks and the patchwork of cornfields. Seemingly everywhere, billboards carry the image of Ahmad Shah Massoud, the admired and assassinated military commander from this region, and quotes that testify to Panjshir’s pride and willingness to go it alone. One reads: “Dependency is a disgrace.”

The Panjshiris, who are known for holding off the Soviets in the 1980s, protecting their remote and forbidding valley from the Taliban in the 1990s and helping lead the opening salvos of the U.S. invasion in 2001, find themselves once again drawn toward defiance. This time, the struggle is against the national leadership in Kabul, despite Panjshir’s ties to the capital through both money and power.

As the Afghan government conducts peace talks with the Taliban in Qatar, one of the main concerns has been over how fractured their side is, leading many to question whether government negotiators can truly speak for much of a country that is torn by political discord and lack of faith in the system. 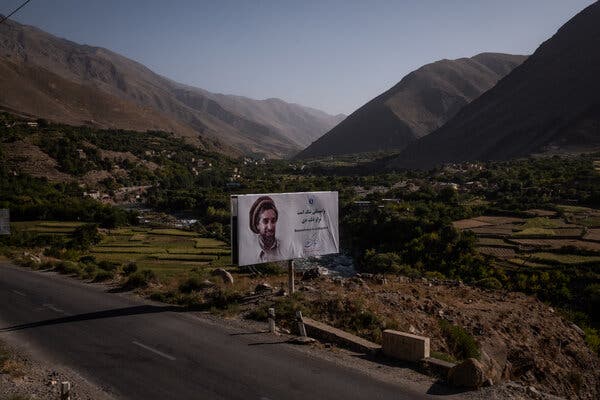 Ahmad Shah Massoud’s image and words can be seen all around Panjshir, and in many other places in Afghanistan.Credit... Jim Huylebroek for The New York Times

The restiveness in Panjshir, where many are outraged by the effort to make peace with the Taliban, is raising fears that the province and other regions might take up arms and try to force more autonomy for themselves, in an echo of the early days of Afghanistan’s warlord era. Some factions are openly calling to re-establish the Northern Alliance, the armed coalition that helped the United States topple the Taliban in 2001.

There are also growing concerns that as they did in the past, Panjshir and other breakaway places will more actively court regional actors like Russia, India and Iran for cash if the government in Kabul appears to weaken further.

Panjshiris “don’t see themselves in the government anymore,” Mohammad Amin Sediqi, the deputy governor of Panjshir, said from his desk in Bazarak, the provincial capital. “We fought for a better Afghanistan, and now we’re stepping back and watching history repeat itself,” he added, a reference to Afghanistan’s fracturing and the bloody civil war that followed the Soviet withdrawal in 1989.

The people of Panjshir, who are mostly of the ethnic Tajik minority, simply “don’t trust the government anymore,” said Mohammad Alam Izedyar, the deputy head of the upper house of Parliament who represents Panjshir. “The government isn’t going to resist for long and be able to defend its people.”

Abdullah Abdullah, chairman of the High Council for National Reconciliation, speaks to the press in Kabul after a ceremony to commemorate the death of Ahmad Shah Massoud this month.Credit...Jim Huylebroek for The New York Times

These sentiments came to a head in Panjshir late last month, after a failed government operation to arrest the powerful former chairman of Afghanistan’s soccer federation, Keramuddin Keram. He also used to be governor of Panjshir, and still claims many loyalists there.

Mr. Keram faces criminal charges of sexual abuse of female players, many of whom come forward with harrowing accusations of being assaulted and threatened by him. He has denied the accusations. The Afghan attorney general’s office issued an arrest warrant last year for Mr. Keram, who was banned from soccer for life by the sport’s global governing body, FIFA, and fined about $1 million.

In Panjshir, Mr. Sediqi said the national government in Kabul refused to coordinate with the Panjshir authorities. Panjshiri officials have yet to hand Mr. Keram to the Kabul authorities, though local community members have pushed for them to do so.

Weeks after the botched arrest attempt, Mr. Keram addressed a crowd in Panjshir, breaking months of silence to deny the charges leveled by the government against him.

“I am not fugitive, nor a criminal,” Mr. Keram said. He added that ordering his arrest from Kabul was the equivalent of sending “thieves to someone’s home.”

Panjshir is not the only region that is simmering. Other powerful regional figures have increasingly bridled at the administration of President Ashraf Ghani, and clashes between federal and local officials have at times tipped over into violence.

“There is a double standard in the government,” said Rahela Ataee, a provincial council member in Panjshir. Ms. Ataee pointed to the effort to arrest Mr. Keram and the resources needed for federal officials to enter Panjshir to conduct the raid. She claimed that there was no proof of Mr. Keram’s wrongdoing.

“Our government should be decentralized,” Ms. Ataee said. “It would be better if we could decide our own future.”

There is a contradiction in Panjshiris’ restiveness, though. Although they say the national government does not represent them, they have for years made up a large slice of Afghanistan’s political and security elite. One Panjshiri figure, Amrullah Saleh, who worked alongside Ahmad Shah Massoud through the civil war years, is the country’s first vice president, for example.

A Soviet armored personnel carrier, a remnant from the 1980s, rusting in the Panjshir River in July.Credit...Jim Huylebroek for The New York Times

Panjshiri leaders were key pillars in the creation of the Afghan government after the Taliban’s withdrawal in 2002. Former Vice President Muhammad Qasim Fahim, was born in Panjshir and led the Northern Alliance, a group of militias welded together to resist the Taliban after Mr. Massoud’s assassination just two days before the Sept. 11, 2001, attacks in the United States.

Mr. Fahim was considered the foremost leader of the country’s Tajiks and helped rally the northern provinces behind then-President Hamid Karzai in the war’s early years. He calmed tensions between the minority ethnic groups and political figures from the country’s Pashtun majority. Mr. Fahim, who faced accusations of human rights abuses and corruption, died in 2014 of a heart attack, and many among the northern provinces felt that they had lost one of their staunchest supporters.

But while Panjshiri leadership is comfortable, for now, with critiquing the Kabul government from afar and protecting Mr. Keram, Shamsudin Hamid, 57, a former fighter who fought under Mr. Massoud in both the Soviet-Afghan war and the civil war, has other plans.

In his office in a government-funded education center in Bazarak, a gray Czech-pistol strapped to his hip, Mr. Hamid outlined a renewed effort to bring back the Northern Alliance. It will be led, he said, by Mr. Massoud’s protégés, including Mr. Massoud’s son, Ahmad Massoud, a 31-year-old who earned his undergraduate and master’s degrees in London and has little military experience.

Shamsudin Hamid, once a fighter for Ahmad Shah Massoud, said that the Northern Alliance would rise again as a bulwark against Taliban influence.Credit...Jim Huylebroek for The New York Times

Mr. Hamid has lived well, like many of his compatriots who became warlords during the civil war and after the American-led invasion. Mr. Hamid sent five of his daughters to university and landed a well-paid government job as the head of Panjshir’s teacher training center.

Still, he says his generation will lead the renewal of the Northern Alliance, also known as the United Front. The calls for the return of independent militias have drawn public condemnation from officials in Kabul, though some privately believe their return could serve some purpose in the months to come.

“We’re the second generation,” Mr. Hamid said. “There are thousands of people who want to reform the United Front.”

Frustration has often simmered in the north, but it has seldom been given as much fuel as it is getting now, as the government and other Afghan factions negotiate with the Taliban in Qatar in a process that could lead to a power-sharing government with the insurgency.

Mr. Hamid and other Panjshiri figures accuse the United States of abandoning the country to the same forces they fought a generation ago, and vow they will not go without a new fight.

“This peace process is an American project,” Mr. Hamid said. “The Americans want the Taliban to come back to the country. But we are going to fight them. We won’t sacrifice the last 19 years of progress — that is nonnegotiable.” 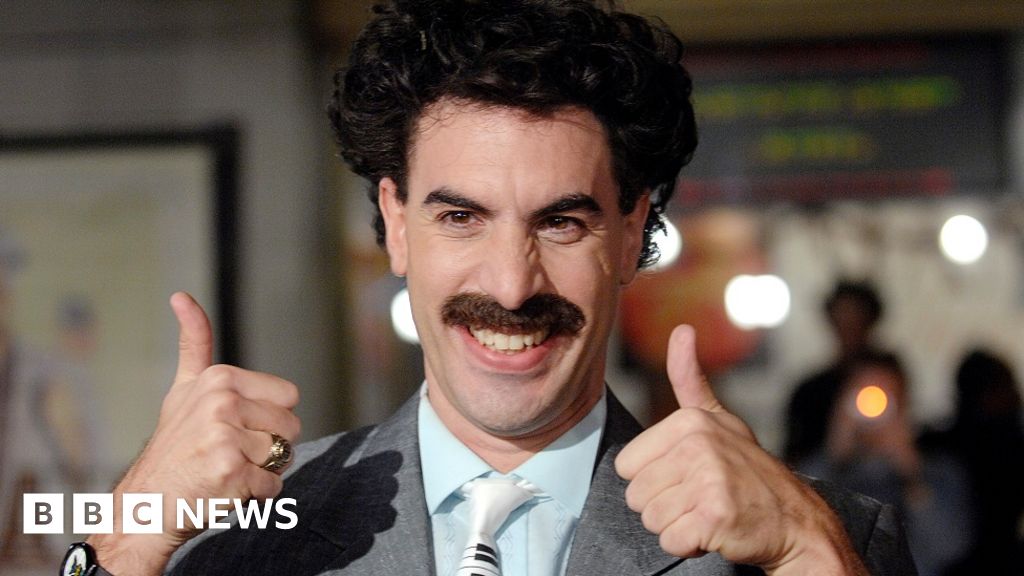 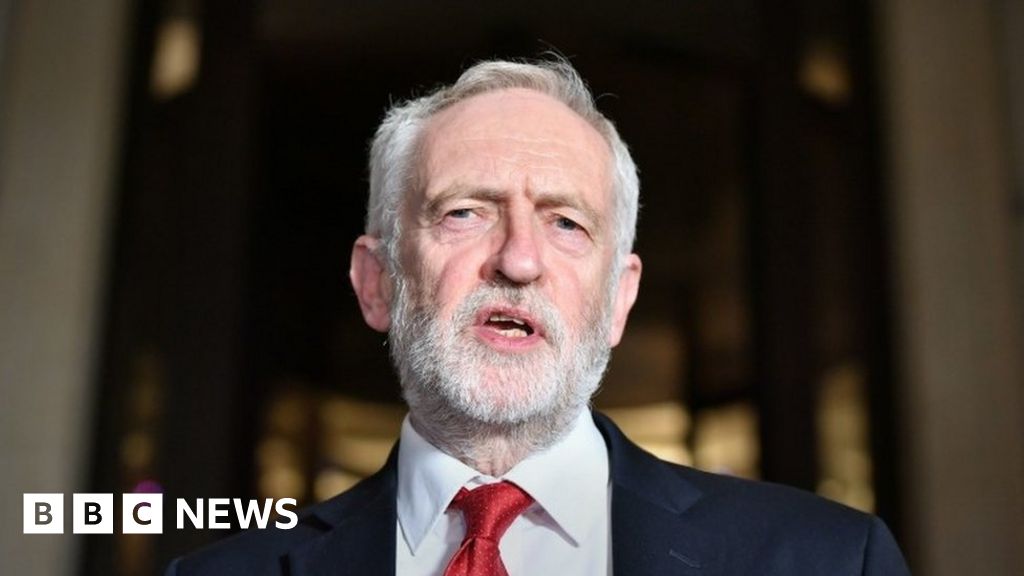 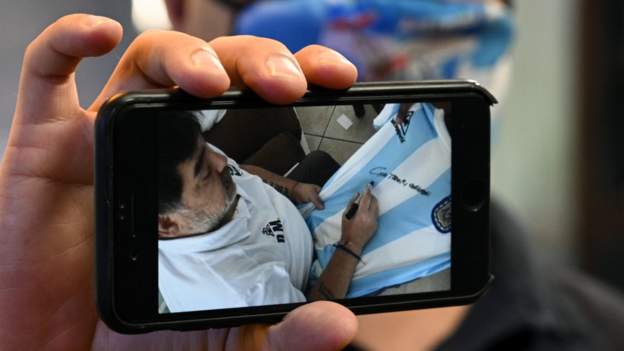