After quite a long while of deep solar minimum, the Sun is back at it again with the solar flares, signaling the start of a new solar cycle--and just in time for it is the publishing of new images of the Sun, care of the solar telescope called GREGOR. 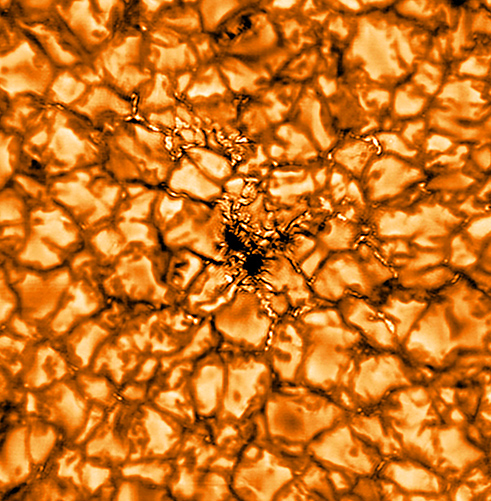 (Photo : KIS)
Pictured above are solar granules taken at a wavelength of 516 nm.

According to Live Science, the new set of images of the Sun, including a high-resolution close-up photo of solar flares, is due to an upgrade to the telescope done by German scientists, which took them a year.

GREGOR is located at the Teide Observatory in the Canary Islands in Spain.

In 2018, the group of German scientists began working on the project to upgrade GREGOR, which included working on its optics and control system, as well as repainting the observatory itself to help reflect less light and lessen any interference with the telescope's observations.

Furthermore, the group had to replace a pair of mirrors known as astigmatism and coma with off-axis parabolic mirrors.

This had to be done as the former introduced significant issues that resulted in blurred and distorted images, as per Science Alert.

Read Also: Astronomers are One Step Closer to Understanding Dark Energy as They Find Its Source

Quite interestingly, the COVID-19 lockdowns in Europe were able to help the scientists get more work done as, according to the KIS website, the scientists were apparently locked down on the observatory in March, so they kept on working on the telescope while they can't go out.

Lucia Kleint, lead researcher on the project and a scientist from the Leibniz Institute for Solar Physics in Germany, said that it was an exciting project, but also an "extremely challenging" one.

"In only one year we completely redesigned the optics, mechanics, and electronics to achieve the best possible image quality," Kleint explained. 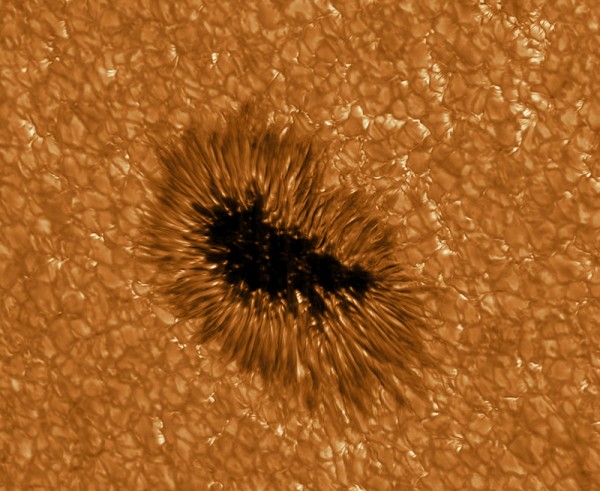 (Photo : KIS)
High-resolution image of a sunspot, the origin of solar flares, taken at wavelength of 430 nm.

Based on the scientists' statement, GREGOR can now capture various features of the Sun that are only 30 miles (50 kilometers) across, including a close-up image of a solar flare, which is terrifying as they are stunning.

The sunspot that was captured graced the surface of the Sun on July 30 of this year.

For those who are unaware, sunspots are a temporary region on the Sun's surface that appear darker as it's cooler than its surroundings.

Additionally, sunspots are areas wherein the star's magnetic field is exceptionally strong and produces solar flares and coronal mass ejections, something that could affect us here on Earth by disrupting signals and navigational systems.

Besides the rather scary image of a sunspot, which reminds one of a camel's eye, GREGOR was also able to capture solar granules, which, on the other hand, reminds people of popcorn.

Solar granules are the top of the convection cells in the solar plasma, and while they may look like popcorn, each granule is actually around 930 miles (1,500 kilometers) across, which is already 10% of the diameter of our planet.

The complete description of the team's upgrades on GREGOR is published in the journal Astronomy & Astrophysics.