My first week of college, I let myself completely own my first girl crush. I watched her walk across the dining hall, holding her tray as she floated from the salad bar to the soda fountain. “Who is she?” The words spilled out of my mouth across the table to my roommate and brand-new friends. “I have to know who she is.”

A few months later, I met The One, and my relationship with him, frankly, freaked me the hell out. I (correctly, by the way) envisioned a whole future together, which seemed daunting to someone not even old enough to vote, let alone someone coming into my own — specifically, as a queer woman. I worried: Will the person I am becoming be forced to shrink to be half of a whole? Would my burgeoning queerness have to hide to avoid somehow undermining my partner?

Will the person I am becoming be forced to shrink to be half of a whole?

Two cities, six apartments, a dog, and one baby later, the answer has been a definite no. I quickly learned that a solid partner doesn't force you to shelve parts of yourself. Rather, they help you express your full self, individually and as a couple. For instance, we met doing improv comedy, and he was the first male partner who loved it when I could be funnier than him. And today, he helpfully corrects others who assume I’m straight at every chance he gets. He’s usually the first person to ask me what my plans for Pride are each year, before I can even fully form them.

While we all have hesitations when it comes to relationships regardless of our identities, these fears are compounded for queer and bi people in seemingly heterosexual relationships: worrying that a partner will fetishize you, make you hide, or will be suspicious of every move you make. That's why when I found someone who accepts and loves all of me, it felt a bit like winning the relationship lottery.

It might feel natural, then, to consider marriage, at least somewhere down the line. But the restrictive and patriarchal norms of the institution often feel like exclusionary deterrents to people whose experiences with love don’t fit within the standards of heteronormativity. Coupled with the fact that Millennials and Gen Zers are more likely to be in debt and less likely to own a house, we might balk at the prospect of combining debts — despite how much we love our partners.

There’s no doubt that the institution of marriage was due for disruption; for queering.

Therefore, as Millennials and Gen Z include the largest population of LGBTQ+-identified people — all of whom grew up when the very question of who was allowed to marry in the United States had been publicly waged — there’s no doubt that our interpretation of the institution of marriage would necessarily include disruption; and for queering, even in seemingly heterosexual partnerships. Deciding to marry, as a queer person, has also often meant actively upending a societal norm that has been weaponized, in some historical contexts, to oppress women and marginalize LGBTQ+ people. By questioning marriage’s stodgy ideology, everybody wins.

The greater societal shift away from the shame or stigma of bi and queer sexuality has been aided by our generation's attitudes on marriage shifting. A 2019 survey conducted by MTV Insights found that 85 percent of millennials want to get married someday, yet, we're tying the knot later and putting off the commitment of “‘til death do us part” for the exploration of ourselves. In the case of Canadian political advisor Joseph Uranowski, 31, it was to ensure he and his fiancé felt financially sound. They're getting married a little older than all of their parents at 31 and 26, respectively, "but this is mostly a result of [when] in our lives we started dating,” he says. For comparison, in 1980, as the oldest millennials were being born, the average marrying age for men was 24, according to the U.S. Census. For women, it was 22.

But little girls of the ’80s and ’90s in particular would soon grow up with a message of achievement and self-expression, not just hitching their wagon to a nice guy with a good job. As Valeria Encarnacion points out, today’s young women aren't graduating "high school knowing they’re gonna get married in a few years." Instead, they are encouraged to have goals beyond being a wife and mom to a few kids.

"Women can be mothers and work at the same time now, which is how it should be," she adds. And little boys were a lot more likely to be taught that their future spouse would have life aspirations that were just as important as his own.

"[We’re getting married] because it's something we really want to do, not because it's what we're supposed to do,” fitness producer Jordan*, 29, says. “As queer people we inherently question those things. For a while, getting married wasn't an option for all of us, so it wasn't necessarily in everybody's 10-year-plan."

When Jordan met her partner, she says she finally had someone “who didn't let my sexual identity make him insecure or change the way he saw me. Which then really let me open up about that and lots of other pieces of myself. It felt rare to be fully accepted, at least in my own experience, and was incredibly refreshing. Now I won't accept anything less."

Sex and relationships writer Tawny Lara, 33, says her exes have been intimidated by her sexuality. But her current partner, she notes, "loves and celebrates me for being my genuine self."

It is important to remember that marriage doesn’t change one’s queer identity, even if the outside package of your relationship looks like a heterosexual couple. In particular, bi erasure when the legitimacy of bisexuality is questioned or denied is a thing, and only 28 percent of bi people report being out to friends and family, compared to 71 percent of lesbians and 77 percent of gay men. Coming out to a partner, then, can also be difficult; it can even involve having to defend your own identity.

For Sarah*, her relationship of 20 years with her now-husband and her own identity are nicely intertwined. "I came out to him the same time I came out to myself," she says. "He's been around as I've grappled with it, especially feeling ‘not queer enough to hang’ since I was committed to him — something common among so many other bi folks I know. He's always accepted it about me."

For some folks, queerness is a tool that informs the way they think about and navigate their relationships, creating an opportunity to push the boundaries of gender roles. "My husband and I are equal partners, and we actively work to deconstruct and move past a lot of the expectations placed on heterosexual-appearing marriages,” Sarah says. “We split household duties based on interest and aptitude, not gender. My husband actively tries to take on emotional work instead of letting it all fall to me. That has definitely been a challenge and doesn't always happen, but we want our marriage to be mutually beneficial and to both give and receive."

But some institutions still have their advantages, even if on paper only. Particularly as the rights of LGBTQ+ people to live and work openly continue to be threatened, the legal benefits associated with marriage can be appealing to young queer couples.

Deciding to marry, as a queer person, has also often meant actively upending an institution that has been weaponized, in some historical contexts, to oppress women and marginalize LGBTQ+ people.

“For some reason, because marriage equality was upheld by the Supreme Court, a lot of well-meaning people seem to think the deep roots of homophobia have been overturned,” says 22-year-old Frankie Suarez. “That just isn't true at all.” Though Suarez, who works in the food industry, feels marriage is so far off that it’s not on her radar, she recognizes the protections it offers, “like, if a longtime partner gets very ill and wants to will their possessions to me before passing. Or if I want to have children without the fear that CPS [child protective services] would take them away if my partner and I hit some financial trouble. My queerness does factor in, in that sense, because so much of the history of queer people is about protecting one another.”

Survival is key here because so much of being out still includes the risk of alienation. “The issues that concern me surrounding my identity are matters of basic survival. Most of my friends are, or have been, one paycheck away from being homeless,” Suarez says. “Many people in my community, including myself, have lost our relationships with one or more parents after coming out.”

When I came out completely to the world in my mid-twenties, I was old enough to know I could survive on my own, but still worried about abandonment or alienation. A (temporarily) upset family member aggressively asked me if my husband was aware that I was bisexual, as though it would have been the nail on the coffin. “How does he feel about all this?!” they demanded to know.

I told them the truth: “He’s known the whole time. And he loves me for who I am.”

Welcome to VOL.UME: Love Now, a new series of stories chronicling how we find and experience romantic connections in the digital age. For the full experience, head to volume.mtv.com. 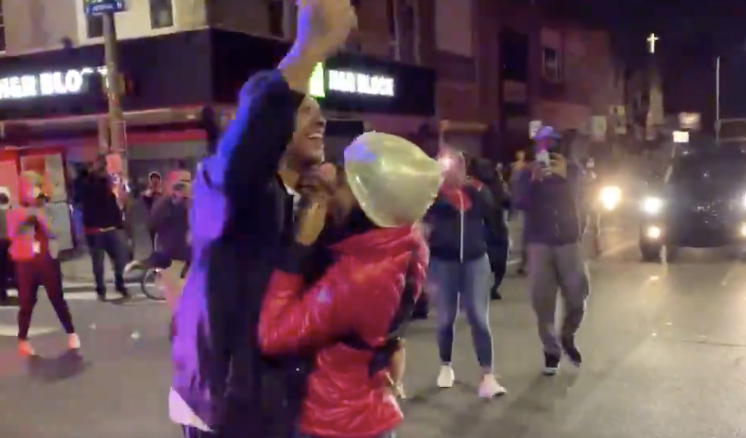 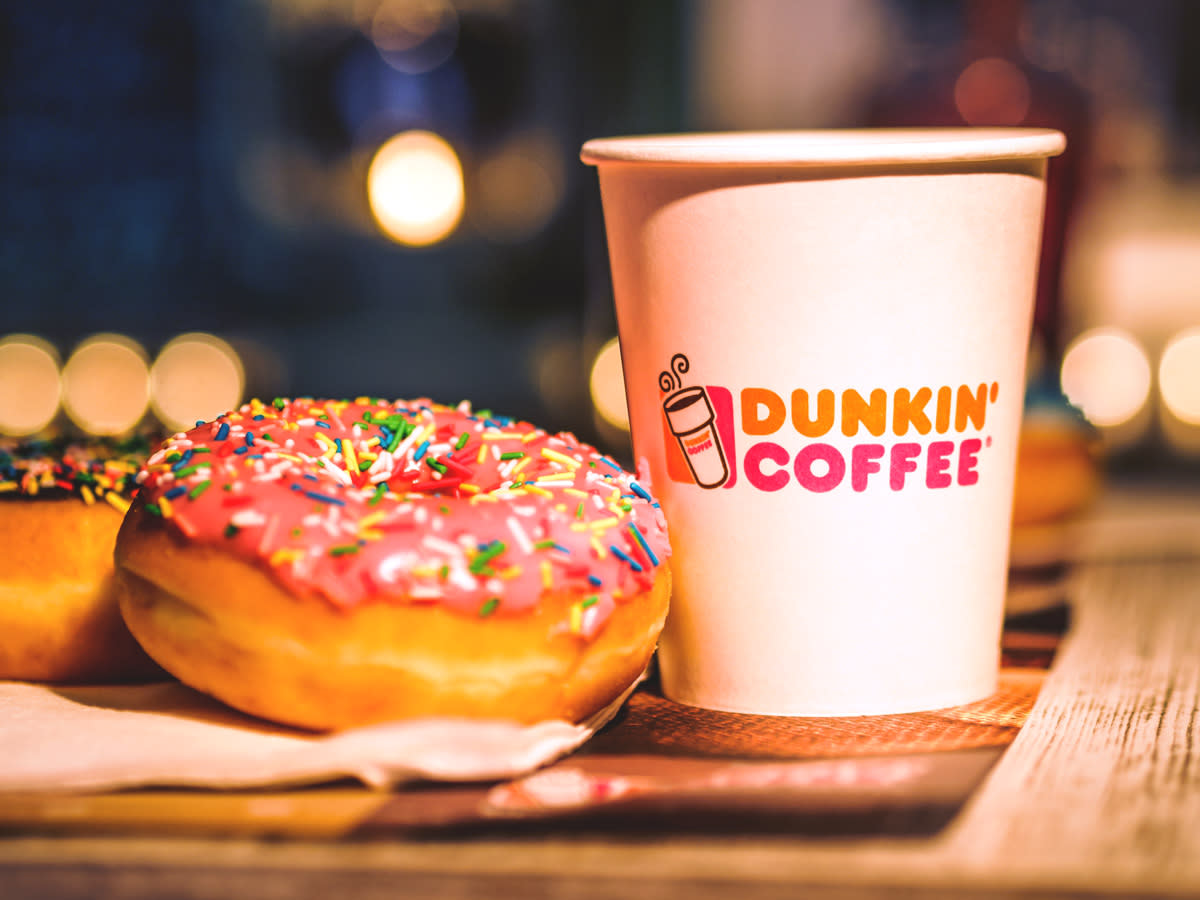 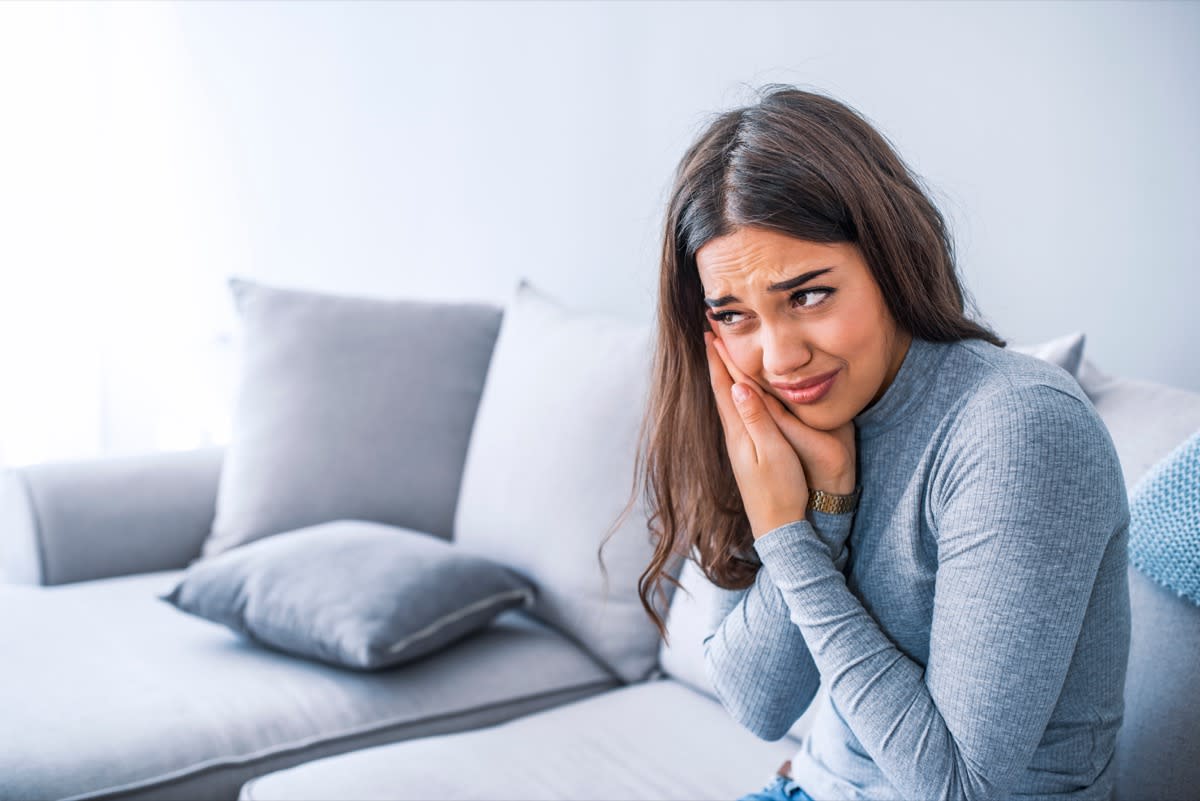 20 Signs Your Tooth Pain Is Signaling Something More Serious