From Recognizing Relatives to Counting, Mounting Evidence Suggest Plants are Smarter Than What Had Been Thought

Talking to plants is not uncommon. In fact, tons of green thumbs or people who love plants, in general, would even say you should talk to them each day to help them grow fast and become healthy. 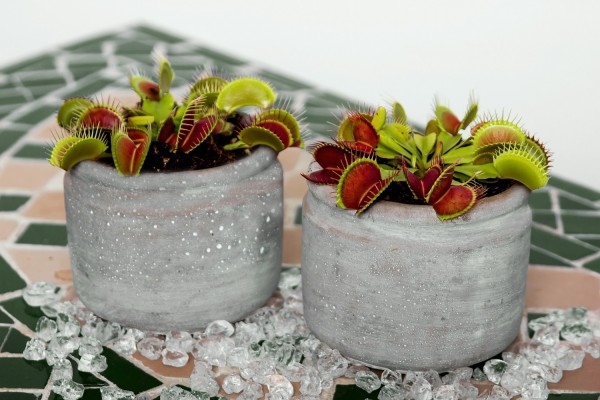 (Photo : RainerBerns from Pixabay)
A Venus flytrap can "count" the steps its prey makes, according to research.

Do Plants React When You Talk to Them?

There is even an IKEA experiment a couple of years ago where they used plants to discourage bullying in schools.

According to Bored Panda, the company set up two plants and encouraged the people to compliment the first plant and then bully the other one, but besides the words used on them, both plants were treated the same with the same level of water, sunlight, and fertilizer.

After 30 days of the live experiment, the result showed that the bullied plant was drooping, dull, and struggling, while the one complimented a lot thrived well.

Although the experiment was done for an anti-bullying program, it does suggest that plants "have feelings" or at least react to our words, which means people who talk to plants, including Prince Charles of England, are onto something.

Read Also: Great Barrier Reef Underwater Museum Should Be on Your Next Adventure to Australia!

Furthermore, scientists do believe that plants are way smarter than what was initially thought.

According to researchers, there is mounting evidence that plants could make decisions, remember events, recognize their relatives, and even count, and that even if they have no brain, they could learn as animals and humans do.

In a report by the Daily Mail, Professor Umberto Castiello, a researcher from the University of Padua in Italy, said that there are tons of studies showing plants' cognitive abilities.

"Although the idea that plants may behave cognitively may baffle the public, many of us are genuinely amazed by the complexity of plant responses," Professor Castiello said. "Evidence is accumulating supporting notions that plants can communicate, remember, decide, and even count - all abilities that one would normally call cognitive if they were observed in animals."

For example, Venus flytraps are believed to have learned how to "count" the footsteps their prey made.

According to one research focused on the plant, they found that it only closes down and traps its prey when an insect has triggered it twice for the first 20 seconds, meaning it remembers the first signal that was made.

According to the scientists, they believe the ability to "count" the steps enables them to preserve energy by avoiding any response from windblown debris or raindrops.

Additionally, another study suggests that plants could remember past events, such as the case with the flowering plant Mimosa pudica, which is most commonly known as the shame plant or a touch-me-not that closes its leaves with a touch.

In one study, the plant was dropped from a height of six inches above the ground for 60 consecutive times, and by the end of the experiment, the plant has learned that falling from such height does not hurt, and therefore, it stopped folding its leaves.

"The plant 'realizes' that being dropped is normal," Professor Castiello explained. "More astonishingly, this reflex lasts up to a month, which demonstrates the acquisition and expression of a long-lasting memory."

Moreover, a study has also shown that shrubs can recognize their relatives and release more chemicals to fend off predators when planted near their kin.

Professor Castiello finally said that the question is no longer about whether plants are cognitive organisms, but instead, how they use their cognitive capacities.