For Hong Kong Protesters Caught at Sea, Trial in China Is Likely

Detained by the Chinese Coast Guard as they tried to flee the city, the activists are now in the hands of the mainland’s opaque criminal justice system. 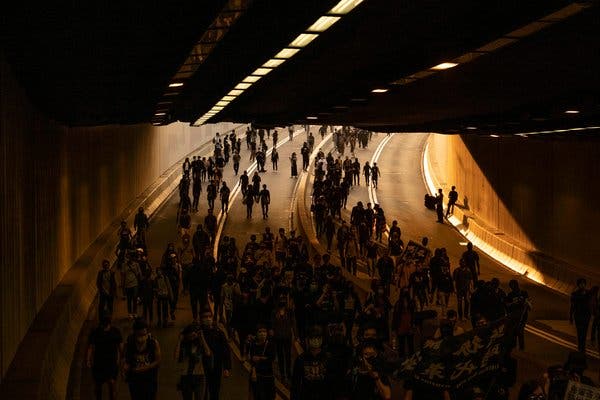 HONG KONG — The 12 protesters who were caught fleeing Hong Kong in a speedboat last month have not been allowed to call their families. They have been denied bail and held without charge in a Chinese detention center. They have been barred from meeting rights lawyers appointed by their relatives.

Soon, they will face criminal charges related to their escape, and they are expected to do so in the mainland’s murky justice system.

In Hong Kong, they have become a potent reminder of the very same deep-seated anxiety that last year triggered large demonstrations and evolved into the most serious challenge to the Communist Party’s rule in decades. The protests targeted a proposed extradition law, since abandoned, that would have exposed the city’s residents to trial on the mainland, where courts are controlled by the party.

“This is what we had been fearing when we protested against the extradition bill, that people from Hong Kong could get sent over to China into a totally different system that’s well known for not following their own laws,” said Beatrice Li, the sister of Andy Li, an activist who was one of the people on the boat.

Anxiety about Beijing’s tightening grip over Hong Kong has only intensified since the Communist Party imposed a sweeping national security law on the territory in June, to punish vaguely defined political crimes such as subversion. Mr. Li had been arrested in August under the new law, and released on bail.

As many as 200 Hong Kong protesters are believed to have fled to Taiwan, where the activists are believed to have been headed, over the past year. Going there by sea has become increasingly risky, and smugglers who once plied the route are now unwilling to participate, so some members of the group — 11 men and one woman — had learned to pilot a boat themselves, according to two people who had heard details of their attempted escape but were not directly involved.

Another protester, Liu Tsz-man, a 17-year-old who was arrested by the police in Hong Kong over an arson conspiracy charge last year, never told his family that he planned to flee. But looking back, there were signs.

A few days before he went missing, Mr. Liu had been an unusually good son, according to his brother. The teenager had gone out early in the morning to wait in line for a table at a breakfast dim sum place, a task that usually fell to their father. He also went out of his way to buy cigarettes for his dad. Then, suddenly, he was nowhere to be found.

The group set off early on Aug. 23 from Po Toi O, a fishing village in a rural part of the territory’s northeast, the Hong Kong government said in a statement Saturday, describing information conveyed by the mainland police. The Chinese Coast Guard stopped the boat around 9 a.m., about 45 miles southeast of Hong Kong Island.

“When the news reported it, they didn’t have names, only that people had been arrested,” Mr. Liu’s 23-year-old brother, Jason Liu, said in an interview. “Then the police showed up at our door.”

The 12 are now being held in a detention center that is a 15-minute walk from the mainland’s border with Hong Kong, in Yantian, a district of the Chinese city of Shenzhen.

They are expected to be formally arrested by prosecutors in Shenzhen in the coming days on charges of crossing the boundary illegally, according to the Hong Kong government. The immigration offense carries a maximum penalty of up to one year in prison, or seven years if they are found to have organized such an effort. An official at China’s foreign ministry has described the detainees as separatists — making clear the political lens by which the authorities are viewing the case. 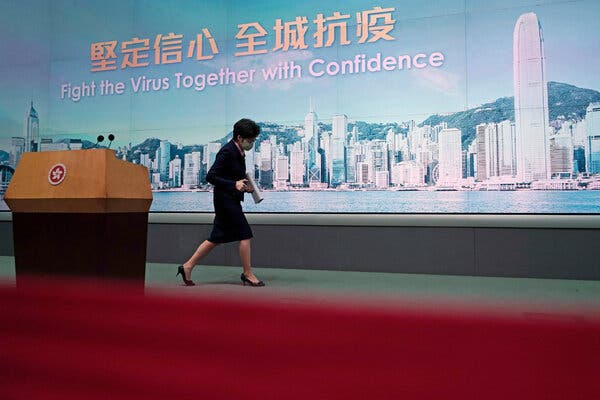 It is not uncommon for detainees on the mainland to be held for long periods without bail or access to lawyers and relatives, particularly in politically sensitive cases. In Hong Kong, the police may not keep a person in custody for more than 48 hours without charge, in general, and detainees have the right to choose their lawyers.

Liang Xiaojun, a human rights lawyer in China hired by relatives of Mr. Li to represent him, said he and three other lawyers chosen by the detainees’ families were told by the police at the Yantian detention center that their clients had already chosen their attorneys. The police in China sometimes compel defendants to accept state-selected lawyers in order to prevent rights lawyers from putting up a robust defense in court.

“I’m disappointed with the current situation,” Mr. Liang said in an interview.

Mr. Li, 30, a computer programmer who likes to play video games and read Japanese graphic novels, joined the protest movement last year. He volunteered with the group Fight For Freedom, Stand With Hong Kong, which organized international campaigns to support the movement. He became more prominent when he helped organize a group of overseas poll monitors for local Hong Kong elections in November.

Mr. Li was arrested last month on suspicion of being “in collusion with a foreign country or with external elements” under the national security law. He also faces possible charges of possessing illegal ammunition, apparently related to his collecting of spent tear gas cartridges, rubber bullets and other materials used by the police.

Pro-democracy lawmakers and activists have pressured Hong Kong officials to push the Chinese government for the detainees’ return. Some activists have tried to organize protests in support of the 12 on Thursday, China’s National Day holiday.

On Tuesday, Beijing’s liaison office in Hong Kong said that demands for their release were “absurd,” calling the detainees’ supporters “black hands behind the calamities of Hong Kong.”

The Hong Kong authorities have emphasized that most of the 12 detainees had been facing serious charges related to explosives, arson, rioting, assaulting police and weapons possession. The city’s leader, Carrie Lam, said last week that the group must first face justice on the mainland before the Hong Kong government assists in their repatriation.

But their relatives are concerned about abuses they might face on the mainland, where forced confessions and other violations are common.

“There are so many stories of torture,” said Ms. Li, Andy Li’s sister, citing cases of people from Hong Kong who had been held in China, including Simon Cheng, a former British consulate employee who said Chinese security agents had hung him in a spread-eagled pose and deprived him of sleep. “All of their accounts about what happened inside during their detentions, it is basically my fear right now.”

Protesters in Hong Kong last year supporting Simon Cheng, an employee of the British consulate who was detained on the mainland.Credit...Lam Yik Fei for The New York Times

The secrecy surrounding the detentions adds to concerns that the broader clampdown on the pro-democracy movement this year will fundamentally change the city’s freewheeling political culture.

Weeks after the security law was imposed, the authorities postponed legislative elections by one year, citing concerns about the coronavirus pandemic. But opposition lawmakers accused the government of trying to avoid a rout of establishment candidates as in last November’s elections, and they briefly debated resigning in protest. This week, at least 15 of them said they would say in the legislature, while three others decided to leave.

The erosion of Hong Kong’s autonomy has become a major point of contention in the downward spiral of relations between China and the United States. Secretary of State Mike Pompeo has expressed concern about the detention of the protesters on the boat and called on the authorities to ensure due process for the group, whom he called “Hong Kong democracy activists.”

Hua Chunying, a spokeswoman for China’s Ministry of Foreign Affairs, responded with a tweet saying that the 12 were “not democratic activists, but elements attempting to separate” Hong Kong from China.

A view from the Causeway Bay district of Hong Kong in July.Credit...Anthony Wallace/Agence France-Presse — Getty Images

Her statement angered many of the family members, who responded that their relatives were not separatists, and that they deserved a fair trial regardless of their political beliefs.

“As long as your voice is different from that of the government, they’ll say we’re pro-independence,” said Yin Chan, the mother of Li Tsz-yin, a 30-year-old surveyor who was on the boat. “We’re not asking for independence. We want a fair, just society.” 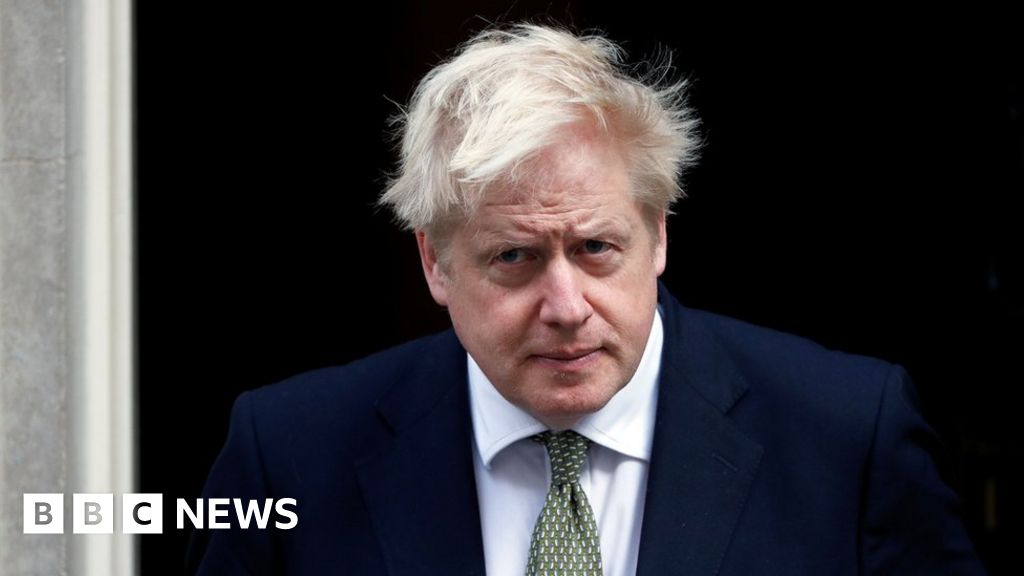 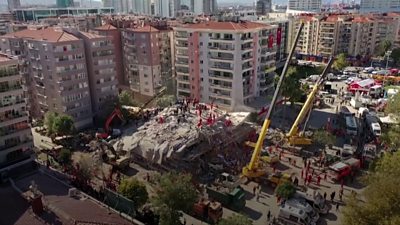 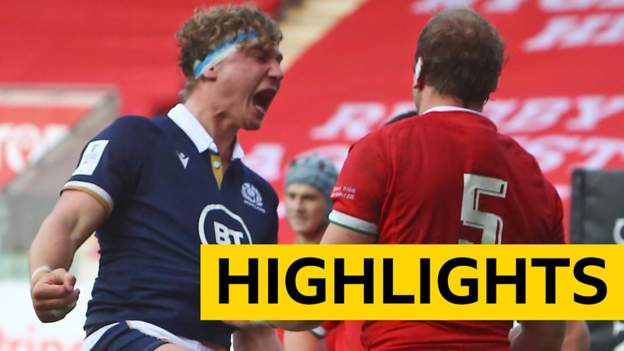