First pantomimes cancelled ahead of make-or-break Christmas for theatres 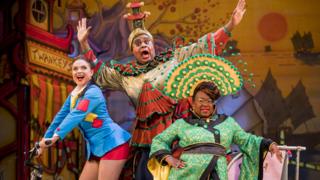 Oh yes it is. Oh no it isn't. The big question facing many theatres at the moment is - is panto season cancelled?

Norwich Theatre Royal became one of the first to call off its pantomime this week, saying the risk was "too great" after three months with no income.

Venues in Buxton and Welwyn Garden City have also cancelled, while Leicester Curve has scrapped its festive musical.

Pantos are crucial to theatre earnings, and this Christmas could prove to be make or break for some venues' futures.

Conservative MP Giles Watling, a former actor and panto dame, warned of the impact if festive shows are scrapped. "I think many provincial theatres will go to the wall, frankly, because that's the time they can make the money," he told BBC News.

"It puts money in the coffers to support the rest of the cultural offer. I can see massive problems ahead if something isn't done and soon."

Theatres have been shut since March because of the coronavirus pandemic, and the government hasn't given a date for the return of live performances.

The UK's biggest pantomime producer Qdos has set a deadline of 3 August to decide whether its 34 shows - in cities from Bristol to Birmingham and Bradford - can go ahead.

"And I'm afraid that if it gets to 3 August and we haven't got clarity from the government, we will then have to begin the process of unravelling the season."

He wants an official date for the theatres to reopen, but said pantos will only be able to go ahead if social distancing is put behind us.

"Commercial theatre can't operate on anything less than 100% capacity. It's no good saying you can sell every other row," he said.

"We can adapt if we have some clarity about what the position might be. But we do need to know in advance to set those ideas and plans in motion."

Although social distancing in the audience may make shows unviable, The Elgiva theatre in Chesham, Buckinghamshire, recently switched from Snow White to Sleeping Beauty to reduce the number of performers backstage.

Manager David Cooper said: "Sleeping Beauty means fewer people backstage, as there won't be any dwarfs, so we can ensure the cast has the proper social distancing."

Last week, the government published a five-step roadmap for restarting live performance, but were widely criticised for not attaching a timetable or financial support.

Earlier this month, Julian Bird, chief executive of the Society of London Theatre and UK Theatre, told MPs that Christmas shows were economically "vital" for theatres.

He said: "It is the time when theatres, being blunt, make the most profit, and that profit they need for the rest of the year to invest in everything they do and all the other types of productions."

John Barrowman, who is due to star in Snow White at Bristol Hippodrome this winter, told ITV's Good Morning Britain that if Christmas shows are scrapped, "70% of theatres around the UK are going to be gone".

Not all theatres stage traditional pantos - seasonal musicals are also under threat. Last week, Leicester Curve called off The Wizard of Oz, saying such productions "take months of preparation".

In the US, Broadway theatres have confirmed their shows will stay shut until 2021.

'A pack of cards'

Mr Watling, who chairs the All-Party Parliamentary Group for Theatre, has written to Prime Minister Boris Johnson "pointing out how vital this is, not just for the arts offer, but for UK PLC".

He said: "I used to tour the world, taking the theatre to every corner of the world, and we are highly regarded because of our massive and very important theatre offer."

A government spokesperson said: "We are clear that we want to get the performing arts fully back up and running safely as soon as possible and are working closely with the sector on a phased approach, guided by public health and medical experts."

They said the government was also "considering ways in which we may be able to support" the theatre industry on top of the "unprecedented financial assistance" from loans, grants and furlough scheme open to businesses, plus a £160m Arts Council England emergency package.

Mr Watling called for more information and help before more theatres are forced to cancel Christmas.

He said: "Theatre Royal Norwich losing its pantomime is indicative of the way the whole thing could go like a pack of cards." 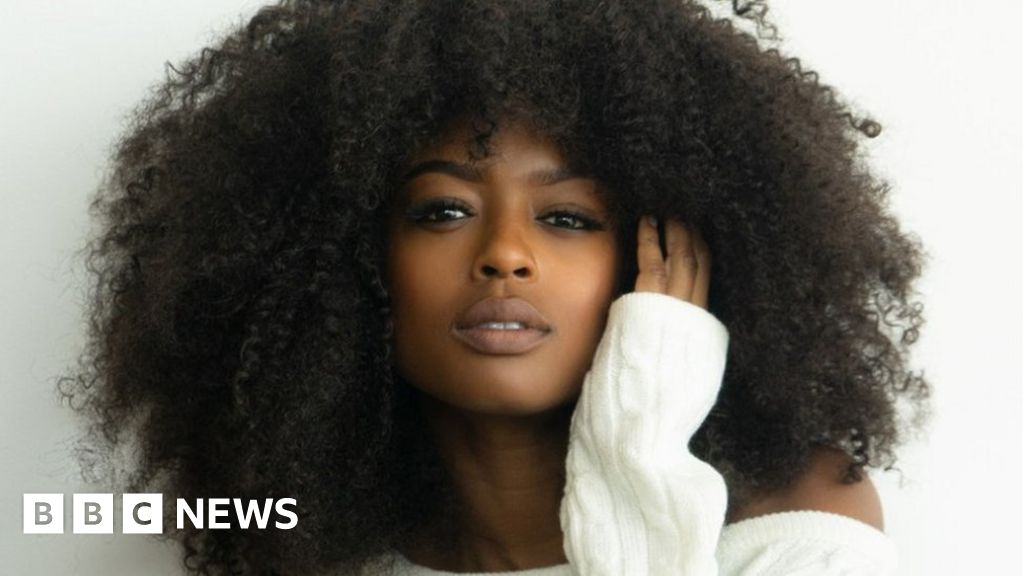 Javicia Leslie will be TV's firs...

How ‘Conan’ writer turned her mo...