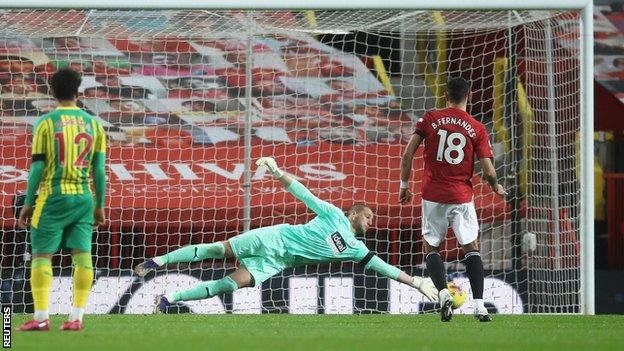 Bruno Fernandes' first penalty was saved, but was ordered to be re-taken because goalkeeper Sam Johnstone had encroached off his line

Bruno Fernandes' twice-taken second-half penalty was enough to give Manchester United their first Premier League victory of the season at Old Trafford over a battling West Brom outfit.

Former United keeper Sam Johnstone made a string of superb stops to deny his old club, included a splendid save from Fernandes' initial kick.

However, VAR intervened as Johnstone was clearly off his line and Fernandes made no mistake with his second attempt. The effort ended a wait of 324 minutes for a United goal in the Premier League on home soil - and that was also a spot-kick from the Portuguese against Tottenham.

It was harsh on the visitors, who were awarded a penalty themselves a minute after the restart when Fernandes caught Conor Gallagher. But after reviewing the incident on the pitchside monitor, referee David Coote decided the United man had just touched the ball, much to Baggies boss Slaven Bilic's frustration.

The result leaves West Brom, who were without captain Jake Livermore and defender Kieran Gibbs because of positive coronavirus tests, still waiting for their first win of the season.

After successive victories, United are in the top half of the table for the first time this season. And, given the pressure he was under before the win at Everton on 7 November, there must be some satisfaction for Ole Gunnar Solskjaer in going above Pep Guardiola's Manchester City in the table.

It is only the second time Solskjaer has done that, and the previous occasion - after the first game of last season - only lasted a week.

Johnstone spent nine years at United before leaving them for West Brom in 2018.

He still has links to the area, exchanging text messages with David de Gea as the Baggies made their successful bid to seal promotion from the Championship last season. Johnstone also gave £700 to a Manchester man during lockdown when the van he used to feed homeless people was burned out.

At a ground where he had never previously made a first-team appearance, Johnstone was outstanding.

He denied Anthony Martial with two excellent saves - the first to his right when the Frenchman flicked a header goalwards, the second to his left when Marcus Rashford and Fernandes combined to set the Frenchman up.

It also looked as though the West Brom keeper had the situation covered when Harry Maguire belted a volley straight into the face of Kyle Bartley.

Arguably his point-blank reaction save to turn away Rashford's goal-bound effort after half-time was the best of the lot.

Given he had already denied Rashford once in the second period - and saved Fernandes' initial penalty, albeit illegally - no blame for the latest Baggies defeat could be laid at his door and he left the field in deep conversation with De Gea, who must have appreciated his fellow goalkeeper's efforts.

Battling Baggies have set the standard

Even though they had collected a single point from their previous four away games, West Brom didn't travel north without hope given they had lost only once in their previous five visits to Old Trafford.

And whilst Johnstone's heroics was the main reason why the final scoreline was close, Bilic's men did have chances.

De Gea made a splendid low save to deny Karlan Grant in the first half and substitute Callum Robinson hit the bar just before Fernandes broke the deadlock.

However, Bilic, aside from irritation at the penalty decisions, may reflect on the fact his side needed to show such battling qualities on their previous away trip, at Fulham, when they were awful and deservedly well beaten.

Manchester United have beaten West Brom in the Premier League at Old Trafford for the first time since November 2015 (2-0), having failed to win their past two such games without scoring a goal (D1 L1).United have won their first home league game of the season, ending a run of six consecutive games without victory (D3 L3) since July (5-2 against Bournemouth).West Brom have failed to win any of their opening nine games to a league season (D3 L6) for the first time since 1985-86.Albion have lost five of their past six Premier League away games (D1), failing to score in four of those defeats.Bruno Fernandes' opener was United's first home league goal in 324 minutes of football, since his second-minute penalty in the 6-1 defeat by Spurs in October.Since the start of last season, 16% of United's Premier League goals have been penalties (13/79), the highest ratio of any team to have played in both seasons.Half of Bruno Fernandes' Premier League goals for United have been penalties (7/14), the highest ratio of any player to score for the club in the competition.

Manchester United's next game is against Turkish side Istanbul Basaksehir at Old Trafford in the Champions League on Tuesday (20:00 GMT). They then visit Southampton in the Premier League on Sunday, 29 November (14:00 GMT). West Brom entertain Sheffield United the previous day (20:00 GMT).

Player of the match

Edinson Cavani (Manchester United) is shown the yellow card for a bad foul.

Conor Gallagher (West Bromwich Albion) wins a free kick in the defensive half.

Anthony Martial (Manchester United) wins a free kick in the attacking half.

Scott McTominay (Manchester United) wins a free kick in the defensive half.

Edinson Cavani (Manchester United) wins a free kick in the defensive half.

Attempt missed. Alex Telles (Manchester United) left footed shot from the left side of the box is high and wide to the left. Assisted by Bruno Fernandes with a cross following a corner. 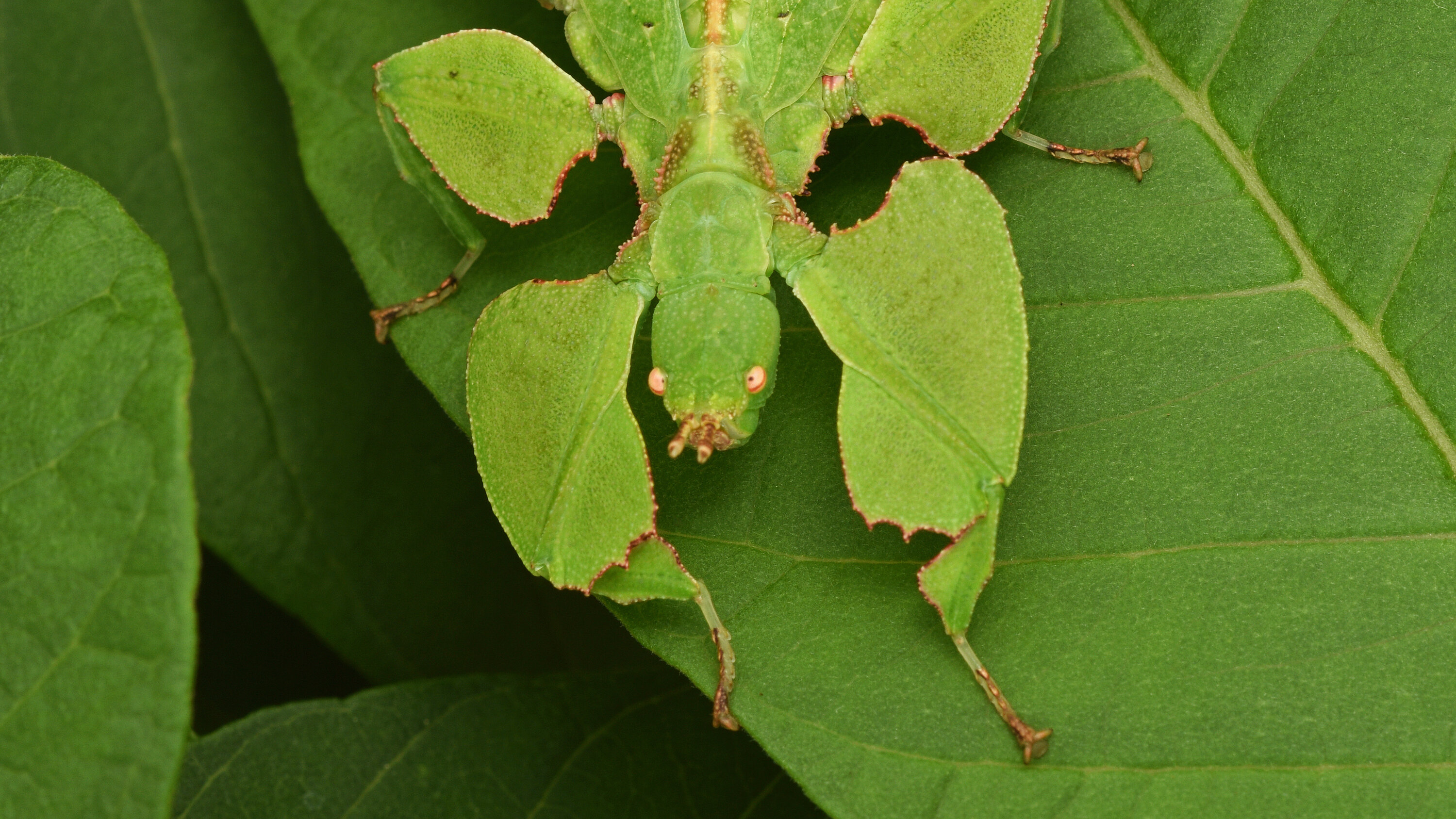 He Was a Stick, She Was a Leaf; Together They Made History