Tesla and SpaceX CEO, Elon Musk already travelled to Germany and met with the German politicians to discuss his plans with the company's projects in car production, vaccine, and Gigafactory Plant in Berlin. Musk's meeting hits him off with German Economic Minister who said that he will be given whichever assistance he requires on his trip to the Gigafactory.

Days after Elon Musk's tweet confirming his voyage and non-leisure trip to the European country, Germany, the CEO already headed and went into a meeting with politicians, ministers, and department heads to discuss his company's plans.

Tesla's European branch of the massive factory for electric vehicle manufacturing and its components, Gigafactory Berlin, is set to be the source for the continent's needs in EVs. 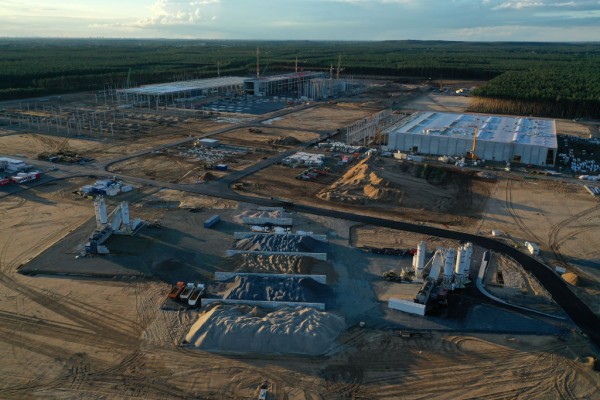 (Photo : (Photo by Sean Gallup/Getty Images))
GRUENHEIDE, GERMANY - AUGUST 31: In this aerial image taken with a drone the new Tesla Gigafactory stands under construction near Berlin on August 31, 2020 near Gruenheide, Germany. The factory is scheduled to begin producing Tesla electric cars in the summer of 2021.

Gigafactory Berlin would also double as a RNA factory production plant that will print all the necessary needs for accelerating vaccine projects of the company in collaboration with German biopharmaceutical company, CureVac.

Electrek reports that the German Federal Minister for Economic Affairs and Energy, Peter Altamaier, met with Elon Musk just this day, to talk about the CEO's plans with the Gigafactory Berlin and Tesla's prominence in the country. Altamaier happily welcomes Musk's presence in the country and is very much willing to provide Tesla's CEO with assistance in his stay and endeavors in Germany.

The German Minister commends Elon Musk for choosing Brandenburg as the location for Tesla's Gigafactory, situated in the country's capital of Berlin. 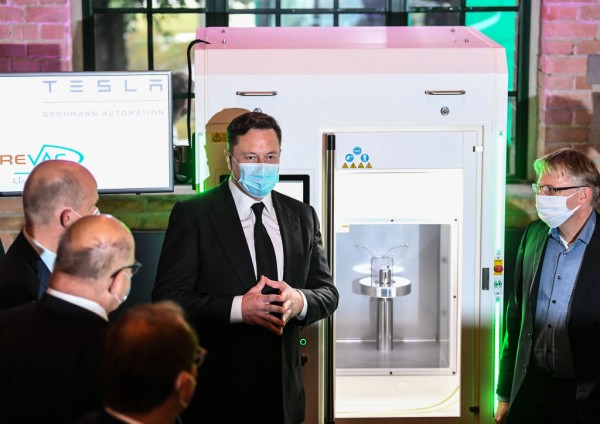 (Photo : (Photo by Filip Singer-Pool/Getty Images))
BERLIN, GERMANY - SEPTEMBER 02: Tesla and SpaceX CEO Elon Musk presents a vaccine production device next to Christian Democratic Union (CDU) and Christian Social Union (CSU) faction leader in the German parliament Bundestag Ralph Brinkhaus (L) and German Minister of Economy and Energy Peter Altmaier (2ndL) during the CDU/CSU faction meeting the Westhafen Event & Convention Center on September 2, 2020 in Berlin, Germany. Germany. Musk is currently in Germany where he met with vaccine maker CureVac, with which Tesla has a cooperation to build devices for producing RNA vaccines, yesterday. Today, he is rumoured to also be visiting the site of the new Gigafactory under construction near Berlin.

Elon Musk has landed to Germany since Tuesday, September 1, and has proceeded to go around and accomplish his duties that concerns his trip, according to Bloomberg. Musk already went to CureVac's Facility located in Tubingen, and spoke with the concerned officials who works with Tesla.

Tesla and CureVac's collaboration would procure a new revolutionary vaccine for the Novel coronavirus (COVID-19) that uses ribonucleic acid or RNA molecules to immunize the body from the virus and its threats. This is Musk's primary reason on why he went to Germany in the first place.

The new take on the vaccine is regarded by Harvard scholars to be a viable virus-fighting substance against COVID-19. Tesla's partnership with CureVac way before the pandemic became advantageous for both companies who are aiming to revolutionize the RNA. CureVac would be the brains behind the use of RNA, while Tesla would provide its plant to produce a multitude of ribonucleic acid molecules in their Germany plant.

Musk is Unwelcome to some Germans 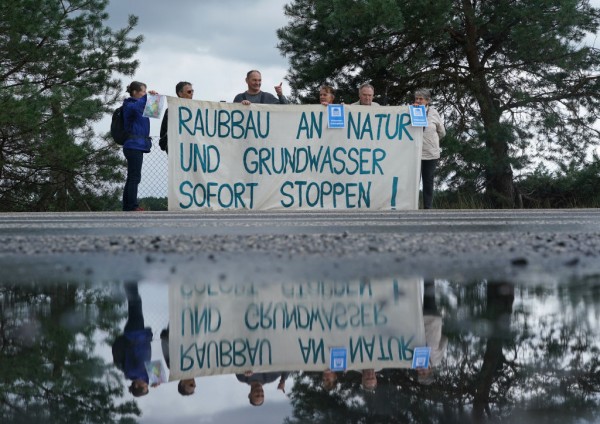 (Photo : (Photo by Sean Gallup/Getty Images))
GRUENHEIDE, GERMANY - SEPTEMBER 02: Protesters concerned over the future Tesla Gigafactory's effect on the local water table are reflected in a puddle as they protest at the construction site of the new Tesla Gigafactory near Berlin on September 02, 2020 near Gruenheide, Germany. Tesla head Elon Musk is currently in Germany where he met with vaccine maker CureVac yesterday, with which Tesla has a cooperation to build devices for producing RNA vaccines, as well as German Economy Minister Peter Altmaier today. Musk tweeted that he also intends to visit the Gigafactory site.

Despite government officials and Tesla fans await and warmly welcomes the American CEO, a handful of anti-Tesla protesters gathered along the construction site of the Gigafactory Berlin to show their dismay to Elon Musk.

The construction of Tesla's Gigafactory Berlin went to cut down the trees in the area and deforest the site where it will stand. Locals are enraged and disapprove of what Tesla did in the area where the plant would be erected. Water usage is also another concern, together with wildlife loss, due to the plant's construction. 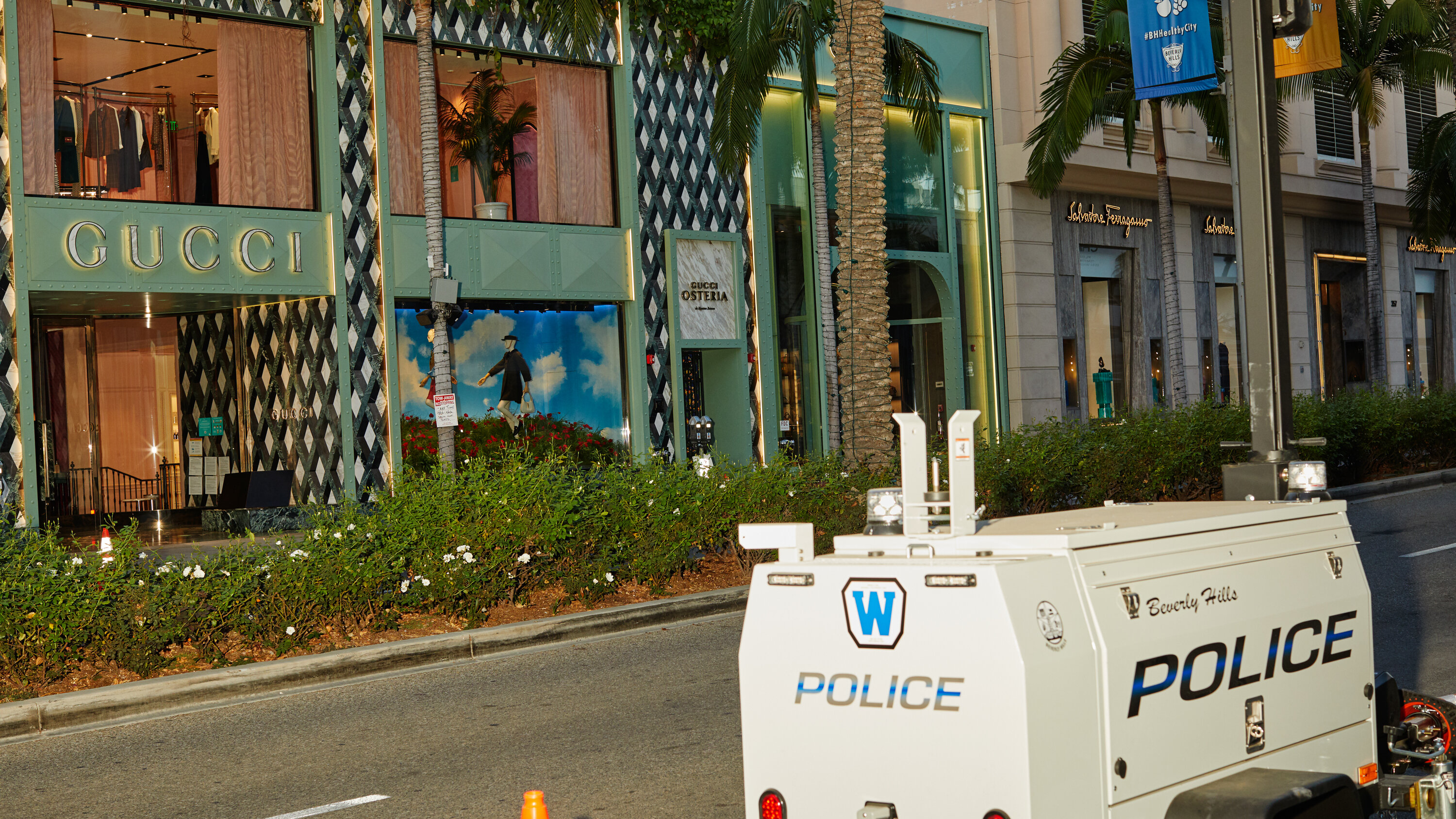 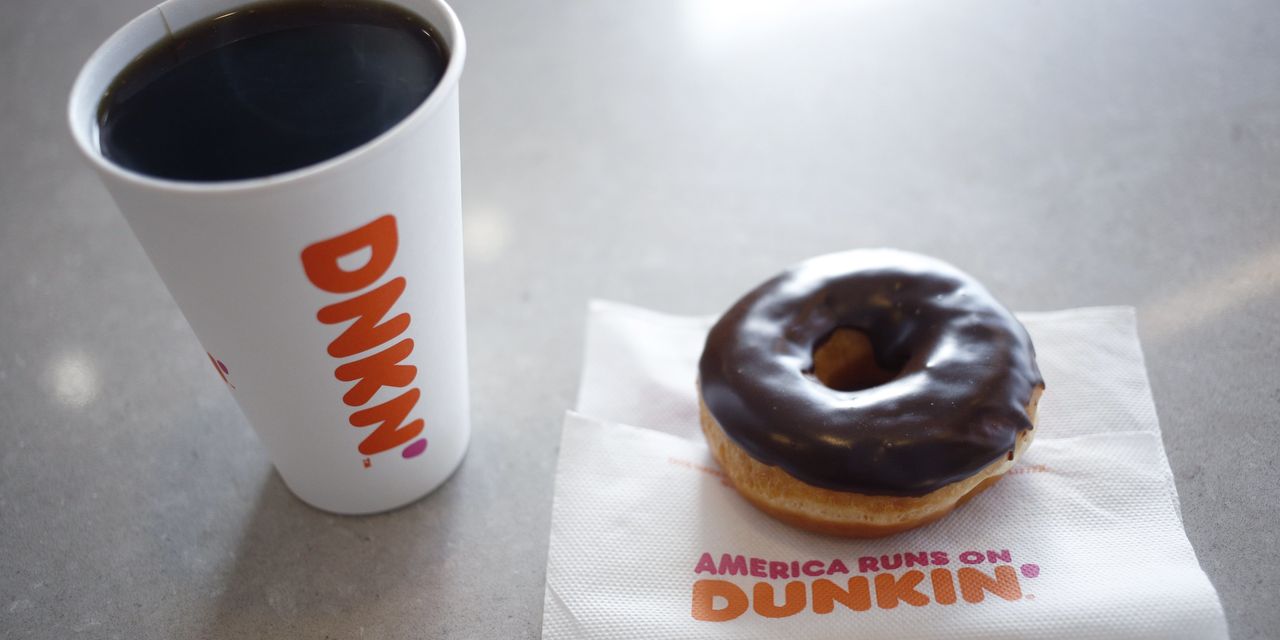