The ex-Wolves man only arrived at Anfield over the summer but has already impressed in recent months.

Jota was expected to play a bit-part role under Jurgen Klopp but has already wormed his way into a starting role for the Reds.

And pal Eustaquio thinks the attacker will be looking to go higher in the future.

He told La Vanguardia: “Jota was in Pacos, Atletico Madrid, Porto, Liverpool. He works a lot.

“He is a very hard-working person, very delicate with the ball; he plays a lot.

Diogo Jota has been in outstanding form for Liverpool of late

“He is not going to stay there; he is going to go higher. I shared a dressing room with him, he was captain of the Portugal Under-21 team.

"In bad times he [Jota] showed a very strong personality.

“He is a very humble person and deserves to be where he is.”

Want to be on the ball with all of the latest football news?

While Eustaquio thinks Jota could move onto a bigger European heavyweight in the future, former Liverpool star John Barnes disagrees.

The ex-England man isn't convinced the Portuguese star could cut it at Real Madrid or Barcelona.

“I thought he was a good player for Wolves, I thought he would do well but I don’t think anyone would imagine he’d be doing this well," he told BonusCodeBets.

Diogo Jota and Roberto Firmino are set to compete for a place at Liverpool (Image: Getty Images)

“If Jota goes to Barcelona, for example, he won’t go there and score loads of goals or play as well.

“Jota is a fantastic player, but there’s no way that Jota would be able to go to Real Madrid and do the same thing, it’s all down to Jurgen Klopp and finding those players that suit his style.”

Jota is currently being tipped to dislodge Roberto Firmino from his starting position under Klopp.. 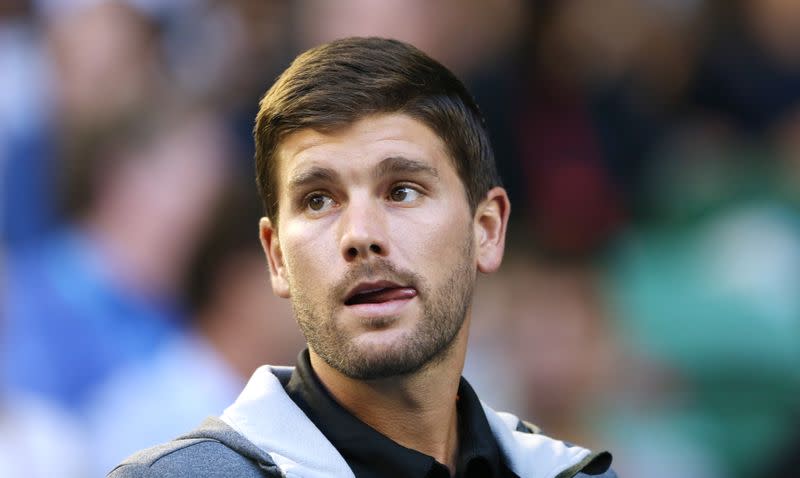 Players will skip Australian Open if blocked from training in quarantine: Vallverdu