A digital reconstruction reveals the face of a 15th-century monk, which was unearthed at St. Albans Cathedral, Hertfordshire in January 2017. The remains were found to be those of Abbot John of Wheathampstead, a powerful churchman who died in 1465.

However, the features of the medieval Benedictine abbot have been created after putting together experts' drawing of biographical details and CT scans image to digitally reconstruct the monk's well-preserved skull that was dug up from the cathedral. 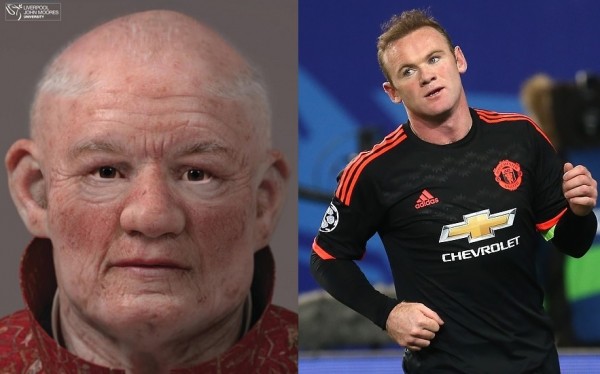 Surprisingly, the image shows resemblance with football superstar Wayne Roone, but at an older age. The 36-year-old footballer started his sports career at 9 and debuted as a pro athlete at 16. He plays forward for Manchester United. Rooney holds the record goalscorer for his team as well as for the England national team.

Aside from Rooney, others suggest the the image looks like Mikhail Gorbachev or the former Labour home secretary John Reid.

Professor James Clark from Exeter University wrote in a post on the St Albans Cathedral's website that the image shows "a genial face, suggesting a gentle, even a warm and engaging character." Clark also said the image seems familiar, encouraging resemblance with a friend or neighbour for many years or even "the stalwart member of the parish congregation." 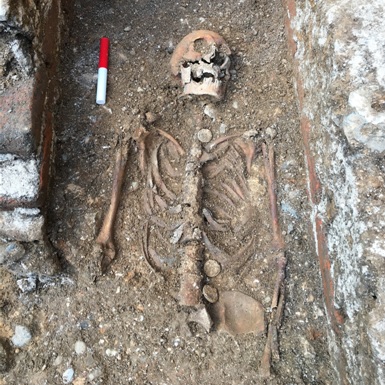 (Photo : Saint Albans Cathedral)
The remains were found to be those of Abbot John of Wheathampstead

Meanwhile, BBC reported that it was the 'first accurate representation' of a monastic figure before 1500 in England, as noted by Clark who supervised the excavation project in 2017. It aimed to discover as much as possible before the Welcome Centre for visitors was constructed, which avoided any damage on findings.

The Abbot John of Wheathampstead's skeletons were identified by experts because of three papal bulls issued by Pope Martin V that were found accompanying the skeleton. 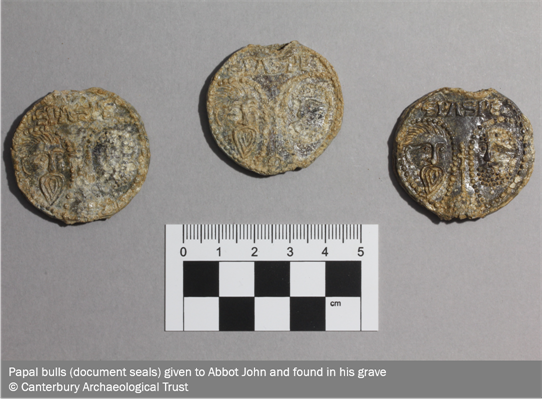 Scientific foundations and artistic visualisation were done by Liverpool John Moore University' Face Lab team, led by Professor Caroline Wilkinson. The reconstruction was based on biographical information from the documents provided by Prof. Clark.

"Like any of those, it is a face that speaks of life experience; of the passage of time; of service given," Clark said adding that the facial reconstruction also enriches our view about the medieval England.

Read also: Charity Urges Influencers to Label Edited Images on Social Media as Half of Young Women Use Instagram Filters to Look Better

Almost 10 years after Richard III was revealed before the public, Abbot John of Wheathampstead is only the second face from the 15th century that was ever seen.

"Abbot Wheathampstead is also only the second churchman of medieval England to be the subject of research of this kind," Clark noted.

Face Lab director Prof. Wilkinson said the reconstructed image does not resemble a specific person. However, mentioned that the image's ears resembles those of Rooney while the face proportions is similar to Gorbachev.

According to Prof. Clark, Abbot John suffered from chronic health conditions during his 50s. He only walked with a walking stick and was known for his rosy complexion, which can be described as 'girlish blushing."

Meanwhile, meet Abbot John face to face with an online event held by to Professor James Clark on September 21 at 7 p.m.for only £10 or $13. Students can join at a discounted price of £6 or $7.89.