Johnson & Johnson has now announced the global phase 3 human trials of its version of the coronavirus vaccine. Compared to others, this vaccine is a one-shot drug that may mark America's first in the medicinal area. The trial is expected to invite at least 60,000 volunteers and may soon allow the company to seek emergency authorization next year. 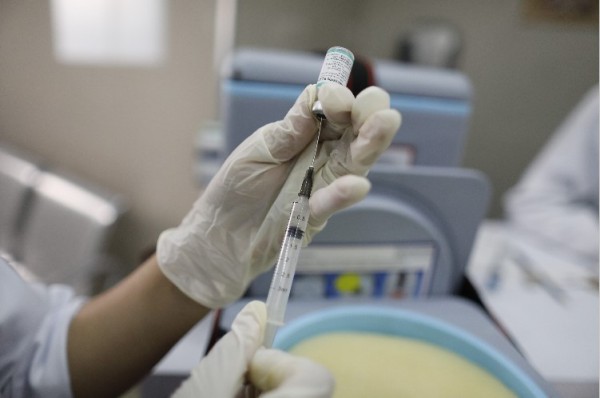 (Photo : Photo by Leonardo Fernandez Viloria/Getty Images)
A nurse prepares a vaccine during a national campaign of vaccination implemented by the government after having decreed a state of health emergency at CDI Dr. Alcides Rodriguez on March 14, 2020 in Caracas, Venezuela. Delcy Rodriguez, Vice President of Venezuela, confirmed on Friday 13th the first two cases of COVID-19. President Nicolas Maduro had decreed a state of emergency in the health sector, suspended all flights from Europe and Colombia and mass public gatherings are banned. There is international concern about the management of the COVID-19 epidemic in Venezuela due to its collapsed health system

As of now, J&J is the fourth vaccine maker in the country that leveled up into late-human stage trials, as reported via Bloomberg.

The company has announced that the human trials had already started to reach volunteers of up to 60,000 people.

If there's one thing that makes their vaccine more effective, the study shows that J&J's vaccine only needs one dose per person to work.

This means, compared to other pharmaceutical companies, the patient only needs to take a single dose shot of the vaccine to prevent acquiring Coronavirus.

Once this works and proven effective, this drug could be the very first in America to be a one-shot medicine.

"We are convinced that the single-dose could be very efficacious," said Johnson & Johnson Chief Scientific Officer Paul Stoffels on a call with the press, citing promising results from earlier research.

Could the one-shot vaccine be effective? 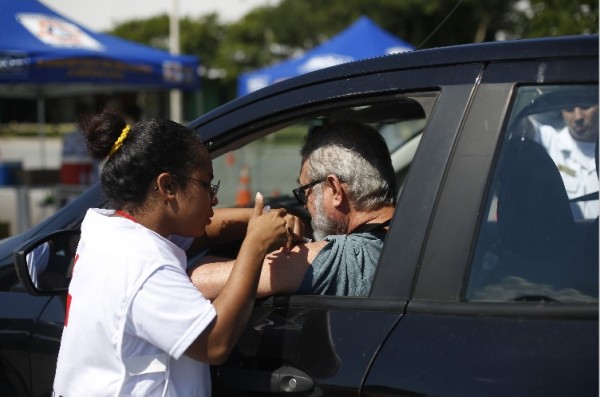 (Photo : Photo by Bruna Prado/Getty Images)
A red cross nurse applies a vaccine during a drive thru influenza vaccination operation at Riocentro on March 26, 2020 in Rio de Janeiro, Brazil. The aim is to immunize the elderly over 60 and health professionals and spare people from going to vaccination posts. This vaccination does not prevent against the coronavirus (COVID-19), but helps the most vulnerable from other diseases.

Most of the vaccines (other than COVID vaccines) require more than one dose shot on each human being. Hospitals do an annual test in order for it to be effective.

So can J&J push through with their original plan? Early studies say yes.

According to the report, the drug's early experiments were seen effective with non-human primate models (NHP). Six of the NHPs received single immunization with the drug and had shown no detectable virus in the lower respiratory tract despite exposure to SARS-CoV-2.

Johnson & Johnson is expected to seek emergency authorization from the government early next year.

ALSO READ: [BREAKING] Coronavirus Is Becoming Stronger: Researchers Discover It's Heat-Resistant and Can Heal Itself 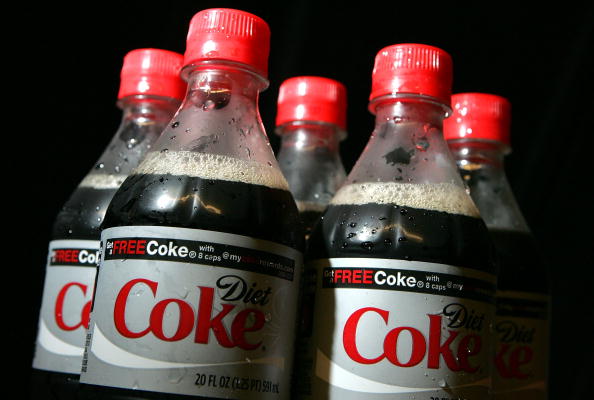