Wildlife experts warn about some COVID-19 vaccine candidates that use the natural oil called squalene, which may lead to the killing of around 500,000 sharks.

California-based group Shark Allies explained that as squalene is harvested from the shark liver, this would mean thousands of these marine predators need to be killed to extract the natural oil. 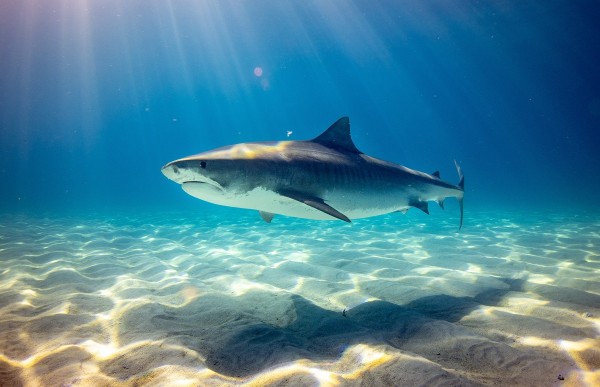 The liver shark oil is usually used as an adjuvant for medicines. It is also used in production of flu vaccine as it triggers stronger immune response, which boosts the effectiveness of the drug or the shot.

Sharks are often obtained from small private fishing companies in the Philippines, Indonesia and other countries along the Pacific Ocean while squalene is processed in China. To get 1 ton of squalene, around 3,000 sharks are killed and these conservationists estimate that around 3 million of sharks are slaughtered every year as squalene is also used in machine oil and even in cosmetics.

With the race to producing COVID-19 vaccines, some pharmaceutical companies use squalene in developing their candidate jabs. If any of these are approved, it would further increase the demand and pressure on the currently vulnerable shark populations, particularly the squalene-rich gulper shark.

Out of the 162 vaccine candidates, according to the World Health Organisation, 40 are in clinical evaluation while 142 are in preclinical evaluation. Meanwhile, conservationist group Shark Allies said that 17 of these vaccines use adjuvants, and five of which are shark-squalene based adjuvants.

The group also said that fishing operators would need to kill around 250,000 sharks to produce enough squalene to provide one vaccine dose for each person worldwide. But since some scientists believe it would require two doses to achieve herd immunization, so around 500,000 sharks would be slaughtered.

Shark Allies founder and executive director Stefanie Brendl said that "harvesting something from a wild animal is never going to be sustainable," particularly as sharks do not reproduce in huge numbers.

In a Facebook post, Brendl clarified that they are not trying to hinder or slow down the vaccine production. Instead, they are urging pharmaceutical companies  to try using squalene that are not from animal to see if the liver shark oil can be replaced soon.

The California-based group has set up an online petition that seeks for alternative in vaccine production. Entitled "Stop Using Sharks in COVID-19 Vaccine - Use EXISTING Sustainable Options, the Change.or petition has already reached its goal of 10,000 signatures and has set a new target of 15,000. 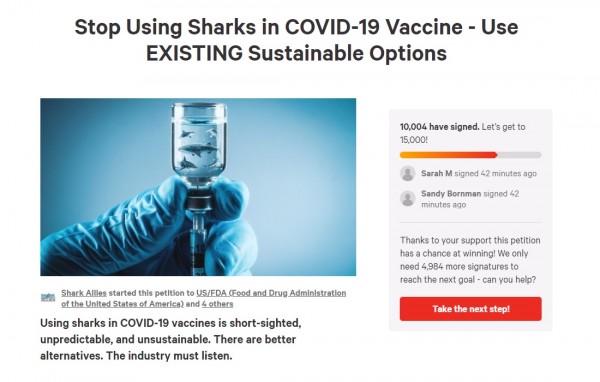 In the petition, Shark Allies says that while shark liver oil commonly used because it is cheap to create, there are 'better alternatives' to produce squalene. Thus, they urge regulatory agencies and pharmaceutical companies to find shark squalene replacements that are not extracted from animals.

The group also urges them to develop and support the large-scale production of non-animal squalene as well as to include this new oil in testing for current and future products.

A Silicon Valley-based company Amyris is among the producers of squalene derived from sugarcane. The company said in a statement that it can produce enough oil for one billion vaccines in one month or less, although its synthetic squalene has not yet received approval for vaccine use.

Amyris Chief Executive John Melo said he is currently meeting with U.S. regulators to allow their squalene to be used as an adjuvant in vaccines to replace the shark-based squalene.