We've all heard of dogs knowing people's emotions or read facial expressions. But can it detect a positive COVID-19 person from sniffing his skin? Apparently, a study proves this. In fact, one airport from Finland already tries this method to know which person has the virus or not.

Can dogs detect viruses from people? 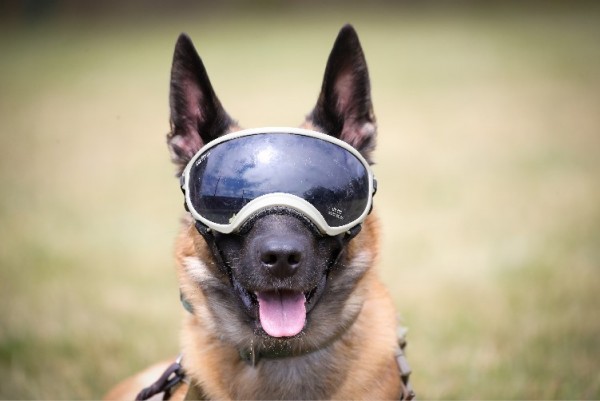 (Photo : Photo by Andreas Rentz/Getty Images)
A specially trained explosives detection dog with special dog sunglasses is seen at the Bundeswehr, the German armed forces, at the Bundeswehr center for dog training during the novel coronavirus pandemic on July 24, 2020 in Ulmen, Germany. German Bundeswehr announced that they are cooperating with the Tieraerztliche Hochschule Hannover veterinary school to train dogs to detect Covid-19 through their sense of smell in saliva samples from humans. The training program is still in its early phase

Have you heard about 'virus-sniffing dogs'? It turns out that dogs have the ability to sniff the virus from a person infected with it. But they require special training to do so.

In fact, an airport in Finland currently does this method in order to know which person has the virus or not. Finland's Helsinki-Vantaa airport has recently run a test trial of the virus-sniffing dogs.

People can volunteer to have the dogs sniff their skin. Once the dog reacts on the person-- through yelping, pawing, or lying down-- that person may be positive with the virus.

To those who are afraid of dogs, airport staff could also ask passengers to wipe their skin with a cloth tested by the dog through sniffing its smell.

To make sure the dog's sniff is accurate, the same person that the dog found COVID positive will undergo a free nasal swab test.

If the passenger tests positive on that too, he will be admitted to Helsinki University Hospital's health information station for further instructions.

Ten dogs have already started working in the airport, courtesy of the University of Helsinki. 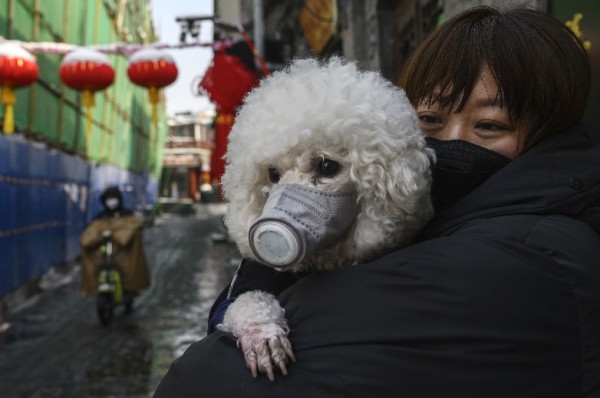 (Photo : Photo by Kevin Frayer/Getty Images)
A Chinese woman holds her dog that is wearing a protective mask as well as they stand in the street on February 7, 2020 in Beijing, China. The number of cases of a deadly new coronavirus rose to more than 31000 in mainland China Friday, days after the World Health Organization (WHO) declared the outbreak a global public health emergency. China continued to lock down the city of Wuhan in an effort to contain the spread of the pneumonia-like disease which medical experts have confirmed can be passed from human to human. In an unprecedented move, Chinese authorities have put travel restrictions on the city which is the epicentre of the virus and municipalities in other parts of the country affecting tens of millions of people. The number of those who have died from the virus in China climbed to over 636 on Friday, mostly in Hubei province, and cases have been reported in other countries including the United States, Canada, Australia, Japan, South Korea, India, the United Kingdom, Germany, France and several others. The World Health Organization has warned all governments to be on alert and screening has been stepped up at airports around the world. Some countries, including the United States, have put restrictions on Chinese travellers entering and advised their citizens against travel to China.

Finland was not the only place pushing on the idea of virus-sniffing dogs. Medical dogs all over the world were already being trained to do the same thing.

Researchers said that 94% up to 100% of the time, dogs can actually recognize Coronavirus from a person.

If this is accurate, researchers believe that an individual trained dog could replace any COVID-19 tests faster and cheapest way possible.

ALSO READ: How NHS COVID-19 App Works: Find Out How To Download, Activate, and Explore The Features