The race to the space is really on. While Elon Musk's just made its SpaceX Starship SN6 hop for 500 miles above the ground, China launched an experimental space plane in the morning of September 4. Both are reusable, but which can first bring humans to space? 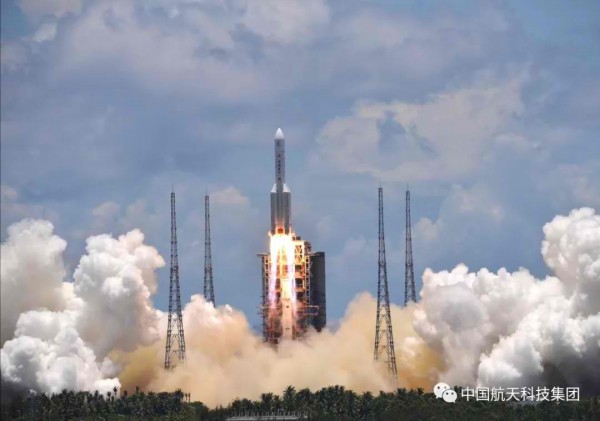 While no official notice before the launch, air traffic restrictions indicated a launch was taking place. "Reusable technologies" that can provide "support for the peaceful use of space" will be tested during the mission. The spacecraft will return to the scheduled landing site in China after a period of in-orbit operation, although the length when it will be in orbit or when it would return was not provided.

Meanwhile, according to orbital data, confirmed that the spacecraft was placed in an orbit up to 350 kilometres in altitude, which was similar to previous crewed flights launched by China. Thus, there are rumors that the vehicle may be used to develop something that can carry humans to space.

For the past decade, China has been working on space plane technology and it previously said it aimed to fly such a vehicle by 2020. A journalist who covers the Chinese space programme Andrew Jones said that there have been some clues before thie mission. "But the actual timing was a surprise," he added.

The mission's purpose was unclear whether it would be for human flights as China has been secretive about the details. "It's so vague, so secretive. It's very interesting, but it's also quite frustrating," said Jones.

Meanwhile, the launch shows off China's growing space launch capabilities. Jones noted that China is promoting innovation and low-cost launch vehicles, which is part of the country's space transportation plans.

Elon Musk Made Another Starship Hop

The space mission came alongside Musk's Starship SN6 test flight, which is SpaceX's attempt in carrying humans to space.

After SpaceX pulled off a first hop test in August, the space company has successfully made another Starship hop 500 feet above the ground on September 3 in Boca Chica test site in Texas.

The gleaming Starship SN6 prototype was similar to its predecessor SN5 both without a nose cone and fins. Elon Musk tweeted  that the SN5 was a flying water tower: "Turns out you can make anything fly haha."

The cylindrical spacecraft seemed like a silo with a rocket engine. It rose into the air and hovered for a few moments before landing on its legs. Based on the YouTube video from NASA, the flight looked the same as the Starship SN5 flight test.

Meanwhile, Musk said SpaceX can now proceed to connecting the missing flaps and attempting high altitude tests after the successful short hops. While Musk's goal is to launch about three Starship flights daily to eventually carry a million humans to Mars, it would still take some time to fulfill.

Read also: Elon Musk Would Need 300 'Ready to Die' Persons a Day as Soon as 1,000 Starship Flights are Launched