Chelsea Clinton is teaching her kids Trump is a "bully," and to support Biden-Harris. (Photo: Isabel Infantes/PA Images via Getty Images)

Chelsea Clinton has no problem throwing criticism at President Donald Trump, but says Barron Trump is off limits. The former first daughter joined Spotify’s Jemele Hill Is Unbothered podcast where she talked about the current political climate and how it hits home.

Chelsea, who shares three children with husband Marc Mezvinsky, was asked about how much their young children understand the Clintons’ place in American history. Chelsea is the only child of former president Bill Clinton and 2016 Democratic presidential nominee Hillary Clinton.

However, Chelsea — whose kids are ages 6, 4 and 1 — explained that her house is more focused on the future than the past. Admittedly, she said they talk “a lot” more about President Trump.

“We talk a lot about coronavirus and how poorly we think Donald Trump has done,” she explained. “That we’re doing our parts — staying home when we can, wearing masks whenever we go outside — and how Donald Trump doesn’t even believe that you should stay home. Like, he goes golfing all the time, or he doesn’t wear a mask and how wrong that is and irresponsible that is. We talk a lot about Donald Trump, like, as a bully.”

Clinton explained how her two oldest children understand what’s happening, so she tries to talk to them in language that they will understand.

“They know it’s important to wear a mask. So, why is the president not wearing a mask? They know that they should treat everyone with respect. Why is the president so disrespectful? They know families should be together. Why does the president separate children from their parents? So, you know, we — we talk about things that we really think they’ll understand because of what’s happening in their own lives, or just because of kind of how they’re living their lives because they’re citizens. They’re little kids, but they’re citizens. I want them to grow up understanding that being a good citizen is part of being a good person,” she added.

“So yes, they’re aware of their grandparents and they’re proud of their grandparents… but at least in our house, we’re far more focused on this election and, kind of, Donald Trump is a bad president and why we think Joe Biden and Kamala Harris need to kind of succeed him and what we're going to do to try to help make that possible — voting, advocacy and more,” Chelsea concluded.

Hill asked whether it’s a struggle to shield her kids from negative things that are said about her family — especially when one of those people is the president.

“Thankfully it’s not so much a struggle because they are so young, but we have talked to them a little bit about how Donald Trump says mean things… about grandma and pop pop,” Chelsea replied. However, she said it’s not too hard as the kids “don’t have their own phones.”

“They're not watching television by themselves. There have been a couple of times where people like approached us, obviously like pre-COVID in the park and said some things that are unkind,” Chelsea continued.

“To your face?” Hill asked.

“Oh, everything that people say to me on Twitter, they say to me in person,” Chelsea replied. “Like, ‘I wish you were dead.’ I'm sorry you feel that way. ‘I wish your mother aborted you.’ I'm sorry you feel that way. ‘I wish you had died in Benghazi and then maybe your mother would have had a different reaction.’ Like, ‘I hope your children die so your family's line dies with you.’ Like, ‘I hope your kids wind up in ashes, like that's where all Jewish kids should wind up.’”

Chelsea admitted “the amount of hate is so intense.” While she said it doesn’t happen often, it “definitely” happens. “You're always like — what else can you say? Like, ‘I’m so sorry you feel that way.’ I don't feel that way about your kids. Like, I wish you nothing but the best, hope you have a better day tomorrow. You know?”

It’s not just her own children she feels protective of as Chelsea explained she has “a sorority of sorts” with other first children.

“I very much felt protective of the Bush twins who were just a little bit younger than me and certainly very protective of Sasha [Obama] and Malia [Obama],” she explained. “I wanted them to have as normal a life as possible. I knew that was going to be hard.”

Chelsea said she feels “very protective” of Barron Trump, too.

“I think he was 11 when his dad won and that’s a year younger than I was when my dad went and took office. Like he’s a kid. He’s a kid! Leave him alone,” she declared. “Who knows what he's going to be like when he grows up, like that’s none of our business. And I really don’t like it when people comment on the clothing choices of, like, when Sasha, Malia were there or Barron Trump. Don’t objectify this kid.”

“I think he just turned 14… leave him alone,” Chelsea added. But she noted she has “a whole lot of sympathy” for “any critiques, criticism, pain, anger you want to hurl at his parents,” but that Barron should be left alone. 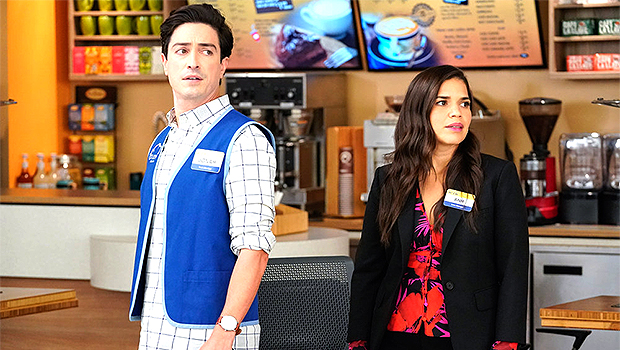 ‘Superstore’ EPs: Amy Will ‘Confront’ Issues With Jonah She’s Been ‘Putting Off’ In Last Episode 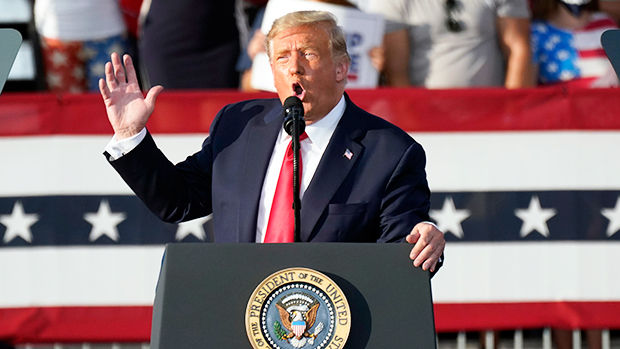 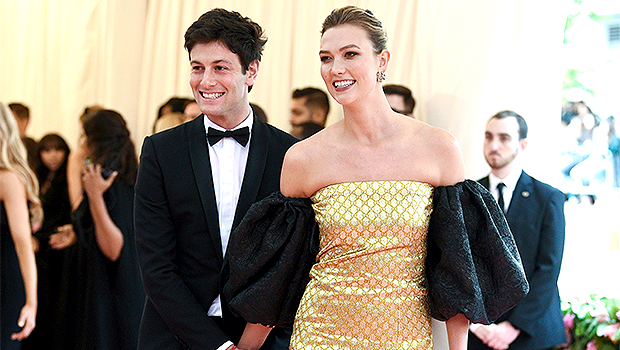