‘Bestiary’ Offers a Compendium of Creatures, and Generations

Book Review|‘Bestiary’ Offers a Compendium of Creatures, and Generations 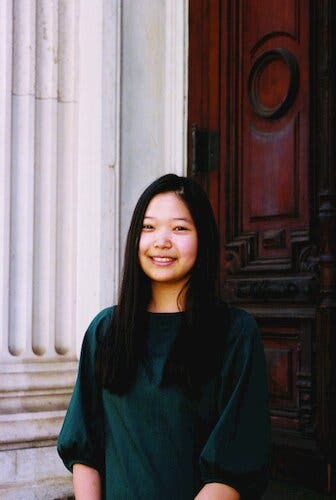 In retelling so many of Taiwan’s legends, K-Ming Chang manages to create new ones.Credit...Trina Quach

Many stories of diasporic families lead from the heart, playing on the sentimentality and nostalgia that so often define intergenerational narratives in mainstream Western literature. Immigrant experience gets boiled down to its soft, misshapen center, full of mushy but comforting stereotypes that may be easier to digest but miss the hard-edge truth of where our identities really come from, how they take form.

The poet K-Ming Chang’s debut novel, “Bestiary,” offers up a different kind of narrative, full of magic realism that reaches down your throat, grabs hold of your guts and forces a slow reckoning with what it means to be a foreigner, a native, a mother, a daughter — and all the things in between.

The book’s compendium of beasts, both real and mythical, helps define and distinguish the histories and futures of three generations of Taiwanese women. Their stories take shape in the body, in the things we bury and the dirt we bury them in. “Before digging a hole, you need to know whose hands you own,” Chang writes, underlining the pulsating nature of what we leave behind when we leave our land and people. The living, breathing soil of family and home is ever-present in “Bestiary,” as a grandfather hides his gold in the ground and his granddaughter digs holes in the mud that unearth the stories of her aunts and her mother.

All unnamed, mother, daughter and grandmother are inextricably linked by the fantastical beasts that birthed them and ultimately bind them together across oceans, states and cities. The story of Hu Gu Po, a tiger spirit who wishes to live inside the body of a woman, but can only do so if she eats children, becomes the central force in the young daughter’s life. As she finds herself growing a tiger’s tail, she begins to realize her own power, and how that power leashes her to the generations of women before her. The tail helps her see herself both as her family’s protector and as a burgeoning romantic conqueror. In both cases she’s unsure of who ultimately wields her newfound power: the woman or the tiger.

“Bestiary” floats in and out of fantasy, layering its airy legends of imaginary creatures with the grounding reality of building a life in a new country, of severing the ties with your past so you can lay claim to a future you can call your own. Children inherit their parents’ trauma, settle the moral score their parents have racked up.

At the same time that it lays bare the ground that shaped this particular family, “Bestiary” also paints a portrait of Taiwanese identity, poking at the various histories and horrors that built the island and its citizens. A place where “Ma doesn’t measure her life in years but in languages: Tayal and Yilan Creole in the indigo fields where she was born … Japanese during the war, Mandarin in the Nationalist-eaten city. Each language worn outside her body, clasped around her throat like a collar.” From pirates to soldiers and those who came before, the men who claimed Taiwan and the women who sustained it, the country’s evolution is as much a part of the book’s collection of beasts as is the tiger spirit.

And in retelling so many of Taiwan’s legends, Chang manages to create new ones, filling pages with hopeful, queer love, from lost pirates creating a crab daughter born from their passion, to young girls hungrily discovering sex and friendship in the salt of their bodies.

Chang’s poetry lifts her prose, creating a hybrid voice that lends itself well to the magic realism at play throughout the novel even if it becomes muddied at times, flitting between the parsed lines of myth and the frenzied language of adolescence.

Despite occasional shakiness, the novel’s portrait of motherhood stayed with me long after I put it down. Maybe it’s because I devoured it while breastfeeding my weeks-old baby, but in lines like, “I’m your mother … but you made me first. You needed me first, and now I’m shaped like your thirst,” I found myself compelled to consider what truths I’ll leave buried for my own daughter.