Australian beach life at risk as environment drops down agenda

He is worried about climate change. He is worried about a lack of government funding for environmental initiatives. And now he is also worried that the coronavirus pandemic will slow down vital action to protect Australia’s beaches.

"We’re a bit worried – we had the bushfires, and now this latest crisis with coronavirus, the bottom line will suffer," May said from his home in South Durras, a small town near Batemans Bay on the New South Wales (NSW) south coast.

'Mateship and comradery': The volunteers on Australia's fire front line

As a result of COVID-19,  the 2020 UN Climate Summit has already been cancelled, while US President Donald Trump has taken the opportunity to complete his rollbacks of emission regulations despite research indicating a correlation between air pollution and coronavirus deaths.

May is a founding member of the South Durras branch of Landcare, a grassroots movement set up across Australia in the late 1980s to manage environmental issues in local communities. He knows that when governments face financial issues, funding for environmental programmes are often cut because they seem like easy targets.

"The things that get defunded first will be programmes for the environment and the arts," he said. "Things people think we can survive without. They take our beaches for granted."

The Australian Coastal Councils Association agrees that the country must act as soon as possible to mitigate the impact of erosion.

"What we’re looking at now is a serious downturn in tourism in Australia with coronavirus," Executive Director, Alan Stokes, told Al Jazeera.

"But if we lose our beaches, that would be disastrous."

Sandy beaches are many nations' first line of defence against storms and floods. Protecting them is especially crucial in urban areas, where beaches are unable to shift inland due to infrastructure and homes. 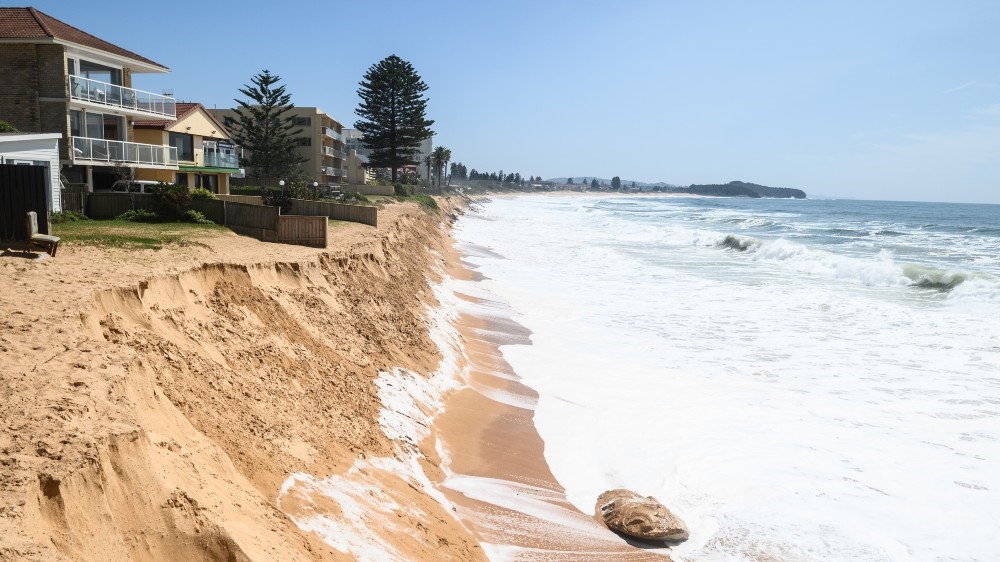 Beaches do erode naturally and change with storm events, but climate change means that they are altering faster than ever before. New research reported in the journal Nature Climate Change shows that Australia could lose 15,000km of beachfront by 2100.

"Beaches are naturally dynamic environments," explained Hannah Power, a senior lecturer at the University of Newcastle’s School of Environment and Life Sciences. "They have coped with changes before, but one of the big challenges now is that we’ve built a lot of cities around coastal regions."

The problem, Power explains, is that humans like to live by the beach, and often this means there is no "buffer zone" between development and the beach itself. The beach cannot transgress inland as it normally would, leading to dramatic scenes such as those on Collaroy-Narrabeen Beach in Sydney in 2016 where pools and houses were left hanging over sharp sand cliffs following a major storm.

"Erosion can happen very quickly in a storm," Power says. "With storms, sand is transported into the offshore region onto sandbars. When conditions calm down, smaller waves transport sand back onshore. But it takes 10 times longer to bring the sand back than it does to displace it."

"In developed areas, [what happens] will depend on how we mitigate erosion and what climate change path we take. This means we need to do something immediately."

The importance of dunes

Power says sand dunes are like savings accounts that "the beach can dip in to when there is a big weather event". May describes them as "a balance zone".

May was involved in the establishment of Dunecare - Landcare’s predecessor in South Durras - in the 1980s after storms devastated NSW’s beaches and dunes.

"Dunes were seen as a no-man’s land," May explains. "No one looked after them."

Dunecare began planting local vegetation on the dunes to secure them, and thanks to their proactive response, the beaches are now in comparatively good shape.

With people like May, South Durras is fortunate. Many areas are not so lucky. Most beach upkeep is funded and managed by local councils and while volunteer groups like Landcare are crucial, their funding comes and goes on government whims.

Additionally, some residents are torn between protecting beaches and ensuring their financial investments in homes are safe.

"This is an emotional issue," Power comments. "It’s really tied into Australian culture that we spend time at the beach, we want to live close to the coast. Almost every major Australian town is on an estuary or river."

May agrees and says people need to realise that these environments are not something that can be taken for granted. 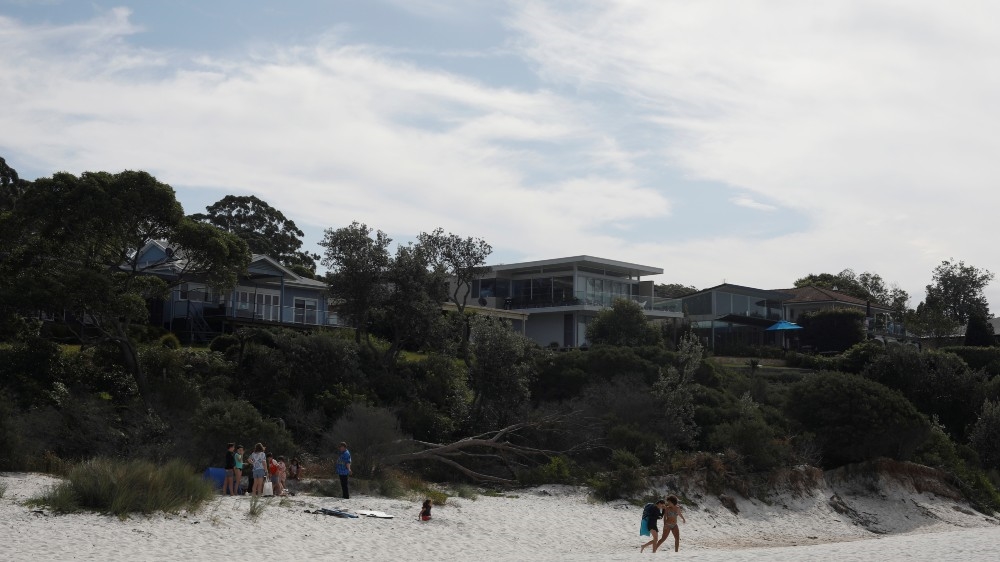 The beach is an integral part of Australian life and many dream of owning a house by the sea [File: Edgar Su/Reuters]

"There are still definitely some selfish attitudes – you know, ‘no coastal block’s good unless it’s got a view’. Historically some local councils even used to allow building on sand dunes, such as on [Queensland’s] Gold Coast."

Power says there is still time to act to prevent worse damage to our beaches but the gap is closing fast.

"The best thing we can do would be to take clear, significant, defined action to reduce our carbon emissions," she argues. "But because there is momentum in the climate system, we will see sea-level rise even if we could turn off all carbon emissions tomorrow ... so we need to plan effectively."

Community-based decision making is key, and difficult options such as planned retreat - where a town moves inland away from the coast - could be considered in some areas.

"We could do nothing, for example, which is very affordable but has very significant consequences," Power said. "We could do planned retreat. We could undertake soft engineering such as beach nourishment, putting sand onto the beach from somewhere else to replace that lost to erosion. Or we could do hard engineering like sea walls." 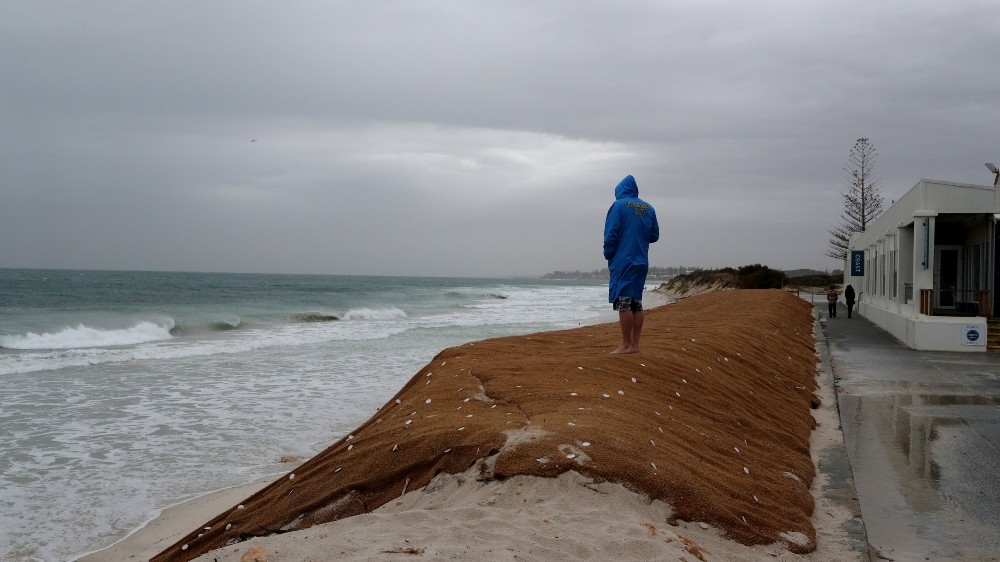 Communities at urban locations like Collaroy-Narrabeen Beach or Port Beach in Fremantle, Western Australia, will have to make serious decisions fast.

"At Collaroy-Narrabeen, for example, we saw a 100m-wide (109 yard-wide) beach reduced down to 25m. Meanwhile, Port Beach has been so severely eroded that it has threatened buildings."

More than 650,000 Australian dollars ($439,720) has been allocated by the state and city governments to build a rock wall as an interim measure to protect infrastructure around Port Beach.

Western Australian Transport Minister Rita Saffioti said this would buy time to develop and implement a long-term approach. However, many are worried that government responses are lacking both speed and sufficient funding.

"The Intergovernmental Panel on Climate Change (IPCC) is predicting up to a 0.8m sea level rise by 2100. We need to seriously start planning now on how we’re going to respond to that," Stokes said. 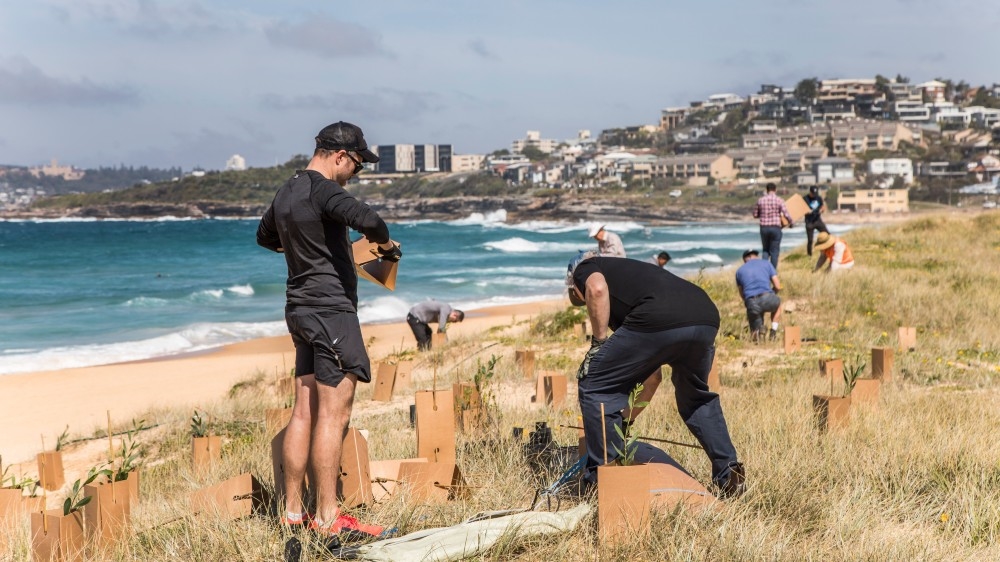 University of Newcastle’s Power acknowledges that hard decisions will have to be made.

"Everyone wants to maintain their sandy beaches as they are but we can’t realistically do this everywhere … But if the sea level rises even just half a metre, over 50,000 homes could be exposed across Australia." 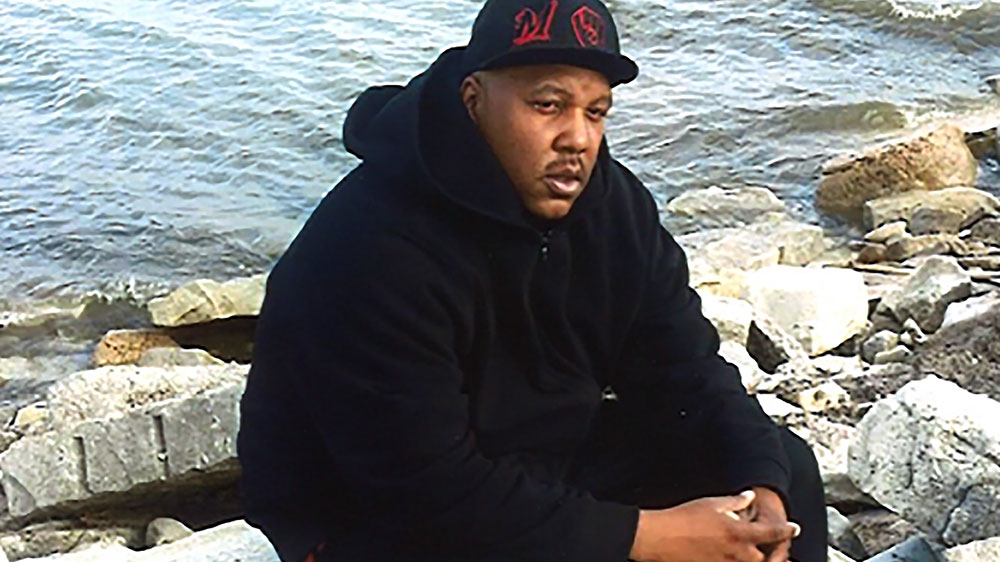