A couple of rogue space rocks are flying by planet Earth for the first time, according to the National Aeronautics and Space Administration (NASA), but the good news is we should be safe. 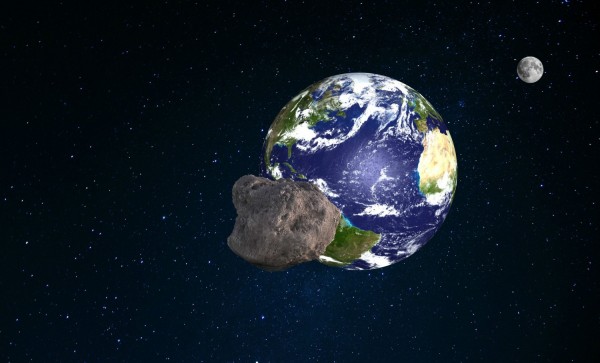 According to a Daily Express report, the asteroids, named 2020 RH6 and 2020 RQ3, are being tracked by the space agency, along with approximately 2,000 more asteroids and comets to assure our planet's safety and to create a solution if the worst is to happen.

Both asteroids are not the first ones to approach Earth and fly by us, and most of the time, our planet has been left unscathed, as with this most recent flyby.

Out of the two rogue space rocks, NASA expected 2020 RH6 to make its first "close approach" to Earth, which means it would fly by us from 2,950,417 miles from Earth's surface--a rather ample space between us and the rock, but is relatively close when speaking of astronomical units.

Moreover, the space agency also shared a few details, saying has a speed of 8.32km/s or more than 18,600 miles per hour and is 200 feet or 60 meters in diameter, making it big enough to cause significant damage to a city if it were to go too close to Earth and slam on us--which, fortunately, won't be happening.

Read Also: Elon Musk, Richard Branson, Jeff Bezos Plan to Send Tourists to Space and Here's How They'll Do it

The next space rock to approach us is 2020 RQ3, which is even more interesting than the first.

However, 2020 RQ3 is slightly smaller at 147 feet or 54 meters in diameter, but given its speed, it could still cause significant damages if it were to hit us, which--again--is not going to happen.

According to NASA, there won't be any asteroids that will potentially hit us in the next few hundred years, so we can all stop worrying whether the next asteroids will slam into us, something that is common in sci-fi and apocalyptic movies.

But that doesn't mean we aren't prepared.

In a previous report by Tech Times, scientists from the space agency have created the Double Asteroid Redirection Test (DART) mission to help redirect any potentially dangerous asteroids heading straight to us.

NASA is planning to commence the mission on September 22 if everything goes according to plan.

Ever since the asteroid that destroyed dinosaurs 66 million years ago, the space agency hasn't seen any asteroid that could potentially cause massive extinction. However, still, they decided it is useful to have a backup plan, which is also why they are keeping a close eye on all possible comets and asteroids that may fly by us.

These Near-Earth Objects or NEOs can be "nudged by the gravitational attraction of nearby planets," which would allow them to enter Earth's atmosphere if they get too close.

Read Also: The Universe Has a Halloween Treat as Rare Blue Moon Will Rise on Oct. 31