And what else you need to know today.

Want to get The Morning by email? Here’s the sign-up.

Good morning. The first presidential debate is tonight. One million people have died from the coronavirus. And a new study sheds light on free college. 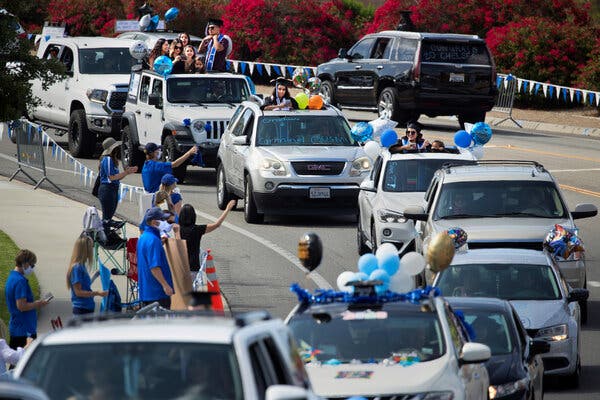 The first is that by making all public colleges free to attend, the policy will eliminate a major cost for many struggling Americans. The second is that more students from lower-income families will graduate from college.

But that second promise is untested. Some experts believe that cost is the central reason so many students fail to complete college. Others think that the weak quality of many colleges and lack of student preparation are bigger factors. If the second group is right, free college will end up being an expensive disappointment, not so different from a complicated tax cut that flows only to families with college-age children.

This week, a team of research economists — Joshua Angrist and David Autor of M.I.T. and Amanda Pallais of Harvard — released a study that offers some of the best early evidence on the issue.

It’s an important topic because college degrees are so valuable. A degree is obviously not a guarantee of success, but graduates earn much more, live longer and are more likely to be happy with their lives than nongraduates. “The returns to college are so large,” Autor told me. Affluent parents, well aware of the benefits, typically insist their children finish college. Many middle-class and poor children never finish.

Several years ago, the three economists and the Susan Thompson Buffett Foundation created a randomized clinical trial, like those to evaluate new drugs or vaccines. Some high school students received a generous scholarship — often covering the full cost of college — from the foundation, while others did not. The researchers then tracked the two groups.

The results are fascinatingly nuanced. The scholarship did appear to lift graduation rates: Among students who planned to attend a four-year college, 71 percent of scholarship recipients graduated within six years. Only 63 percent of students who didn’t get a scholarship graduated. The gains were largest among nonwhite students, poor students and students whose parents had not attended college. All of that supports the arguments of free-college advocates.

But not every result did. The scholarship had no evident effect on graduation rates at community colleges. That’s a sign that educational quality is a bigger problem at many two-year colleges than tuition bills.

What’s the bottom line? A nationwide program of free college would be extremely expensive, Angrist said. And many of the benefits would flow to upper-income students likely to finish anyway. But a targeted program, focusing on lower-income students, could have a big impact while also leaving more money available for other priorities, be it health care, climate change — or investing more money in the quality of education at community colleges.

For more: Biden has proposed a major increase in federal financial aid for higher education, focused on families making less than $125,000 (or roughly the bottom 75 percent of earners). President Trump has proposed substantial cuts in financial aid along with some funding increases for two-year colleges.

1. How Trump cashed in on fame

The latest installment in The Times’s investigation of Trump’s finances explains how “The Apprentice” television show rescued him more than a decade ago, providing a financial lifeline when he was struggling. His genius, it turned out, wasn’t running a company. It was making himself famous — Trump-scale famous — and monetizing that fame.

G.O.P. nonreaction: Republican lawmakers — including Senator Mitch McConnell — reacted with nearly complete silence to the revelation that Trump paid just $750 in federal income taxes in both 2016 and 2017, and that his businesses are riddled with debt.

2. Biden and Trump square off

The first presidential debate, moderated by Chris Wallace of Fox News, starts tonight at 9 Eastern. It will last 90 minutes and feature six topics that Wallace has chosen: the candidates’ records; the Supreme Court; the coronavirus; the economy; race and violence in cities; and the integrity of the election. Wallace has said he will not fact-check the candidates during the debate.

Debate prep: The Times looked at how Biden is preparing. Trump has had aides and advisers pepper him with questions, often while on the go.

A section of a cemetery in Jakarta, Indonesia, reserved for victims of the coronavirus.Credit...Ed Wray/Getty Images

Residents of a home for seniors were evacuated Monday as a wildfire approached in Santa Rosa, Calif.Credit...Noah Berger/Associated Press

The Times spoke to 16 women who received gynecological care at an immigrant detention facility in Georgia, and found that their doctor often recommended surgery when it wasn’t necessary.

A juror in the Breonna Taylor case said the Kentucky attorney general misrepresented the grand jury’s deliberations and failed to offer the panel the option of indicting the two officers who fatally shot the young woman, according to the juror’s lawyer.

A Maryland county reached a $20 million settlement with the family of William H. Green, a handcuffed Black man whom a police corporal shot and killed in January. It is among the largest settlements in a case involving a killing by the police.

Lives Lived: Earning the nickname Snow Leopard for his agility, Ang Rita Sherpa climbed the world’s highest mountain, Mount Everest, 10 times without the use of supplemental oxygen. He started his mountaineering career as a porter when he was 15 and later became a celebrated mountain guide. He died at 72.

IDEA OF THE DAY: A presidential tie

If this year hadn’t already been unusual enough, imagine the chaos that would follow if Trump and Biden were to tie in the Electoral College, 269 to 269. It’s possible, as this hypothetical map — with Trump holding Pennsylvania, while Biden wins Arizona and Wisconsin — shows.

The 12th Amendment of the Constitution calls for the newly elected House of Representatives to break a tie in January — but not with a majority vote. Instead, each state’s House delegation would get a single vote, and the candidate that won 26 votes would win the election. Republicans currently hold 26 state delegations, and two are evenly split.

This week, Nancy Pelosi, the House speaker, told congressional Democrats to consider the possibility of a tie when deciding how to spend campaign resources, Politico reported. When in doubt, she was suggesting that Democrats focus on state delegations they could flip, like Montana and Alaska, which each has only a single representative.

The truth is that, in most scenarios in which the Democrats controlled 26 state delegations, Biden would also have won the election comfortably. But you can understand why Pelosi is thinking about the possibility: In 2020, the unusual has become normal.

To read more about a potential tie, I recommend this 2011 blog post by the political scientist Matt Glassman.

New polls: Yesterday was another strong day for Biden, as The Times’s Nate Cohn explains in his daily polling diary.

Banchan, the small dishes that often accompany a Korean meal, are a delicious way to add textures and flavors to your meal. During the Joseon dynasty in Korea, which lasted from 1392 to 1910, the court served multiple daily meals to the king, including a royal table that consisted of 12 banchan.

To start making your own, try the food writer Eric Kim’s recipe for gochujang-glazed eggplant. Thinly sliced scallions are fried in olive oil, lending a delicious oniony flavor to a dish that’s salty, spicy and sweet. Balance it out with a bowl of white rice.

After the end of a shortened season, the Major League Baseball playoffs begin today. For the first time, 16 teams enter the postseason — a departure from the usual 10. ESPN has a guide breaking down the teams. For a recap of the regular season’s highlights, click here.

And the N.H.L. playoffs end: The Tampa Bay Lightning defeated the Dallas Stars, four games to two, to win their second Stanley Cup, in a season upended by the coronavirus pandemic.

A guide to modern blackface

What do “Tropic Thunder,” “The Office,” “Mad Men,” “Mary Poppins” and “Saturday Night Live” have in common? They’ve all employed blackface at one point or another. The culture writer Aisha Harris has put together a guide to 21st-century blackface — an incisive critique breaking down the reasons it has persisted in Hollywood, from “attempted satire” to “just because.”

“It’s a disservice when creators and streaming services try to erase the evidence of their use of blackface from the internet,” she writes. “I’ve attempted with this project to do the opposite: to drag the modern manifestations of this very American tradition into the light, to try to understand them and unpack what they reveal about Hollywood’s relationship to racism.” 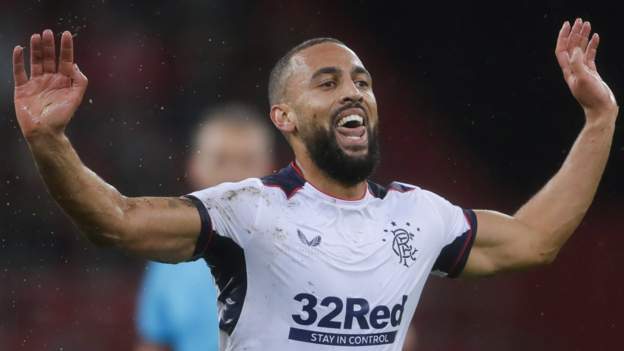 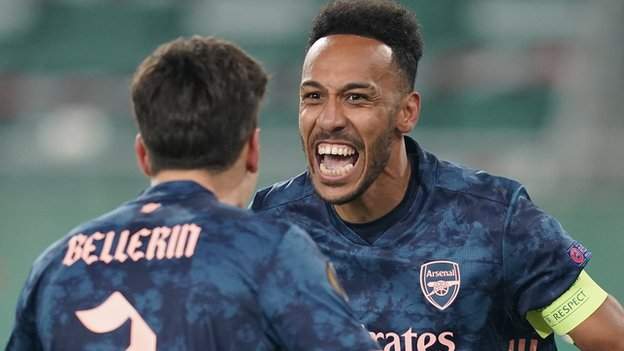 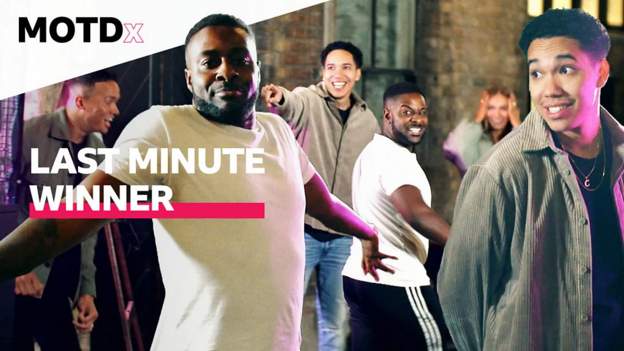