17 Sinkholes Shockingly Found in Siberia; One Can Swallow up to 17-Storey Building

Russia has been recording a number of sinkholes, specifically in the northwest part of Siberia. On Sept. 2, another huge sinkhole was found, reaching a total of 17 in number. The size of the latest found sinkhole has a size of 165--foot-deep that can swallow up to 17-story building. Here's why it is happening. 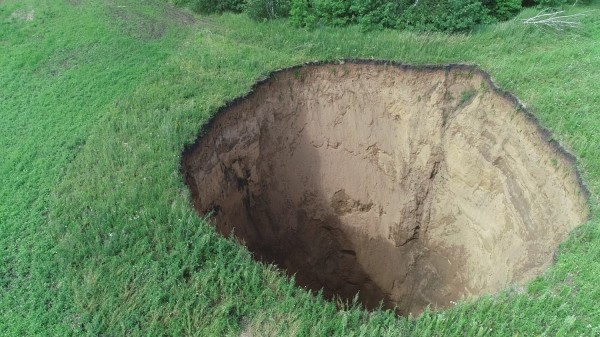 (Photo : Photo from @Strange_Sounds Twitter Page )
17 Sinkholes Shockingly Found in Siberia; One Can Swallow up to 17-Storey Building

Sinkholes are already a common phenomenon in Russia. But in a very strange pattern, the number continues to increase in time.

Daily Mail UK reported on Wednesday, Sept. 2, about Yamal Peninsula's latest found sinkhole that has total deep of 165 foot. This means that once measured, and the huge hole can swallow up to a 17-story building.

Shockingly, this was already the 17th sinkhole found in the region and the biggest of them all. It was named the 'Number 17.'

The 165-foot-deep sinkhole was accidentally found by a Russian media TV crew that was flying via helicopter above the place. 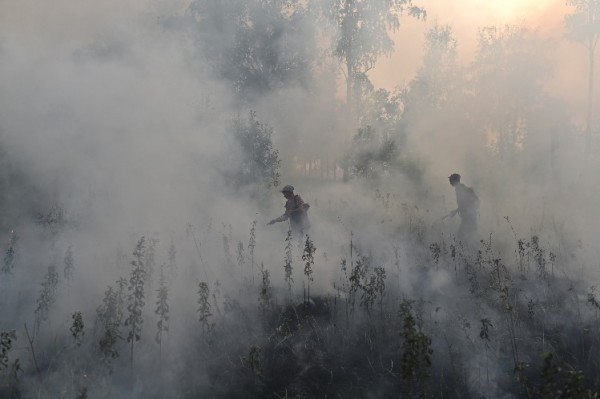 (Photo : REUTERS/Alexey Malgavko)
Specialists of Russian Federal Agency for Forestry put out a forest fire outside the village of Basly in Omsk Region, Russia August 11, 2020

Vasily Bogoyavlensky, a scientist with the Russian Oil and Gas Research Institute, suggests that the sinkhole happened due to the recent massive underground methane explosion that caused a buildup of the methane gas erupting beneath a pingo, or ice-covered mound when the permafrost cover begins to melt.

It was also believed that the numerous gas drilling and climate change incident could also be the reasons behind the strange phenomenon that has been happening in parts of Russia.

"In a number of areas, pingos - as we see both from satellite data and with our own eyes during helicopter inspections - literally prop up gas pipes," he told The Siberian Times in 2017.

Since 2014, Yamal Peninsula has already recorded several images of horrifying looks of deep sinkholes. And it still continues in 2020.

Two men boiled alive in a sinkhole in 2019

Last year, a different report from Daily Mail UK discussing two men that were boiled alive in a sinkhole.

The victims were said to be riding a Lada car when they didn't see an incoming sinkhole in the street. They died 'almost immediately' when they were stuck inside their vehicle.

Experts concluded that a burst hot water pipe could be why the men were boiled alive.

"What an horrendous way to die - one moment you are driving a car, the next underground drowning in hot water," said one woman.

Investigation found that there was another car before the victims' vehicle, but luckily, they have seen the boiling hole in the ground before it reaches their car. Unfortunately, this was not the same incident that happened to the 'unnamed' victims.